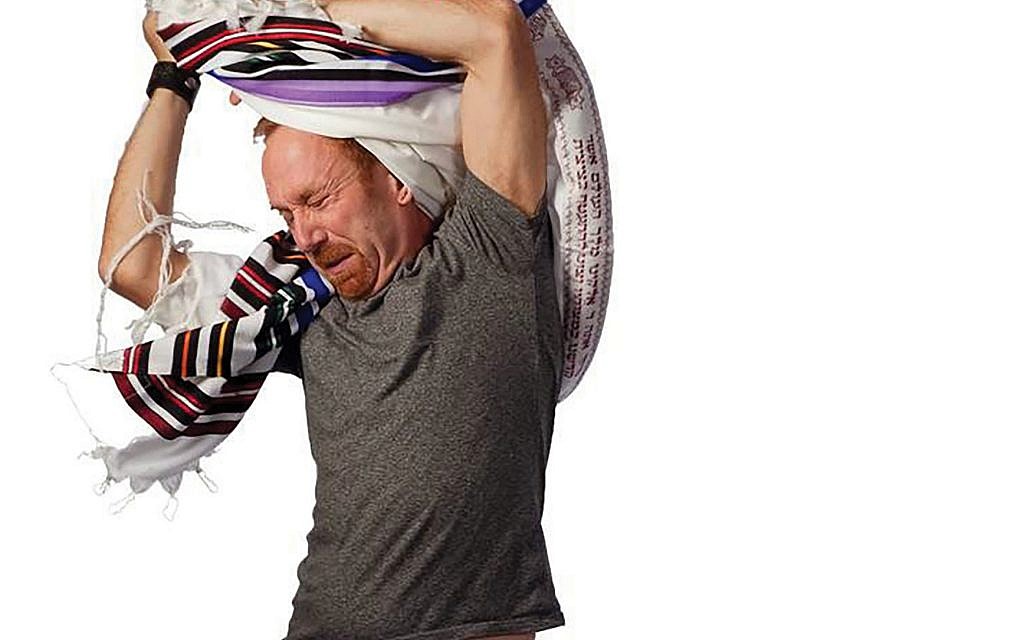 In 2018, Guy Ben-Aharon, a 29-year-old Israeli-American director, and his Israeli Stage Company brought Israeli playwright Joshua Sobol’s provocative work, “The Last Act,” to Boston. The play explores Israeli-Arab tensions via a plot about contentious auditions by Jewish and Arab actors for a production of Strindberg’s “Miss Julie.” A Jew (married to an Israeli intelligence officer, no less) will play the title role, and an Arab whom she wants to be cast as the servant, Jean, ultimately lands the role in an alternative production. It’s political, theological, sexual, theatrical. (Joshua Sobol failed in his efforts to have “The Last Act” produced in a mainstream Israeli theater.)

Ben-Aharon’s agenda, at least in part, was to explore with American-Jewish audiences issues salient in Israel — and “The Last Act” is an issues-soaked play — with a view toward bridging the gap between Israel and American Jews. “What we are trying to tackle are the daily dilemmas of Israeli life, and to translate them to American audiences,” Ben-Aharon told JewishBoston. According to press reports and observations from those who saw the play, “The Last Act” did have some impact in Boston — but had no echo in other communities.

In another theater-as-potential-bridge-builder moment, South Florida lawyer and Jewish communal activist Denise Tamir has, as production consultant to the local JCC, recently brought three Israeli plays to her community; it’s an effort to forge ties between the Israeli expatriate community and the larger Jewish community. One of the plays, Yair Packer’s “Scoop,” a hit in Israel some seasons ago, probes the sensitive issue of a relationship that develops between an Israeli journalist and a Palestinian Arab woman who, we learn, is a suicide bomber. But the initiative seems to have had a limited impact in her community.

In a precursor to the efforts of Tamir and Ben-Aharon, the visionary Israeli theater director Noam Semel brought no fewer than seven Israeli plays to American cities, including New York, in the 1980s. “We had substantial audiences,” Semel told The Jewish Week. “But even with ‘talk-backs,’ there was limited communication. We talked past each other. And other than ‘theater kids,’ there were no young people.”

Works of art can often raise serious questions, spark discussion, speak truth to power, move us to tears. And they can sometimes change people’s lives. But it’s asking a lot for stage plays to take on the yawning gap between Israelis and American Jews. It’s an awfully heavy lift, given some of the trends pulling the two sides apart.

The dynamics of assimilation are such that young American Jews are becoming less involved with, indeed less interested in, Israel. Poll after poll has shown that Jews under 35 are not connected with Israel. Israeli politics also push the two sides further from each other. The settlement movement; a morally, politically and religiously corrupt Chief Rabbinate; a moribund peace process — all of this cuts against the grain of substantial numbers of American Jews, according to polling data. And finally, the Trump-Netanyahu relationship works to divide Israelis from a large swath of American Jews. Four-out-of-five Israelis approve of President Trump’s performance, while about the same percentage of American Jews thinks the president is endangering the values this country is built on.

In this climate, the arts can seem powerless. Yet, theater, traditionally a powerful voice in Israel, could serve this role as bridge builder — and perhaps does in some limited ways. Tzili Charney, a respected Israeli-American theater professional and director of the Leon Charney Resolution Center, notes, “Yes, in principle, theater gives us an angle toward explaining the differences between different societies.” But principle needs to be translated into reality.

Actor-playwright Aaron Davidman took up such a challenge with his play “Wrestling Jerusalem,” which premiered in 2014 in San Francisco. In the one-man documentary drama, Davidman portrays (à la Anna Deavere Smith) 17 Israelis and Arabs who have been affected by the Arab-Israeli conflict. The play (made as well into a film) is of value because it is one of the few theatrical initiatives that presents the “dual narrative” of Palestinian Arabs and Israelis. Clal Rabbi Brad Hirschfield declared, “‘Wrestling’ is nothing less than a master class in the art of understanding others without losing our own personal integrity — a crucial skill we all need, wherever our lives happen to take us.” But while the work taught an important lesson, its reach wasn’t widespread.

Why have these efforts foundered? It’s not the quality of the work; the problem, rather, is that theater in 2019 is among the least likely of cultural vehicles to bridge the Israel-diaspora gap. One would think that theater — the quintessential physical representation of issues that both divide and heal — would be a natural to present Israel to America in a way that hasbara has not been able to do.

One problem is that in recent years in the mainstream theaters — Habimah, the Cameri, Jerusalem’s Khan, others in Tel Aviv, Haifa and Beersheba — “political” theater has been marginalized. Sobol, one of Israel’s premier playwrights, pulls no punches. “In the current political climate,” he told The Jewish Week, “theater directors in Israel make every effort to distance themselves from anything controversial.” Israeli political theater, which could be imported to America, has been replaced in large measure by non-controversial dramas and musicals, many of which are in fact imported from Broadway.

(This dynamic is not the case in the more avant-garde “fringe” in Israel. But fringe theaters, while active and indeed thriving, do not have the financial or managerial resources — to say nothing of government support, which is zero — to export their often edgy product to America, where it would likely have a limited impact.)

Then there is the dilemma of Israeli society, which itself is torn between support of, and sharp criticism of, the right-wing government. Said Sobol: “How can we bridge the gap between American Jews and Israelis when the gap within Israel itself is growing — and theater as a vehicle to bridge this gap is not worth a tinker’s damn!”

Denise Tamir’s South Florida initiative could perhaps be replicated in other communities, but in order to serve as a vehicle for bridging the gap, there would need to be substantial involvement on the part of Israeli consulates around the country — and ultimately of their boss, the Foreign Ministry. (Given limited resources and even more limited will, that’s unlikely.)

Finally, there is a basic problem with transporting Israeli theater to America. Unfortunately, much of the homegrown dramatic product — some of which qualifies as world- class — is simply not transferable to stages in the U.S. and elsewhere outside of Israel. The plays are too specific to Israeli society, history, culture, religion, politics and literature. The idiosyncrasies of Israel and of Israelis, to which every Israeli gives a knowing wink, do not play well for American audiences. Last season, David Mandelbaum mounted brilliant productions in New York of two great Hanoch Levin plays. I counted perhaps 20 people in the audience for each. And this was Hanoch Levin, considered by many to be Israel’s Brecht, or perhaps Shakespeare.

For that matter, how many American Jews see any Israeli theater — either in Israel or in America? Every American Jew seems to be watching “Shtisel” and “Fauda,” many were glued to “Homeland” and “In Treatment” (originally “B’tipul” in Israel) — but the impact of these TV hits on American Jewish-Israel relations is surely small.

There might yet be some theatrical vehicles that will serve as a bridge from Israel to American Jews. But those plays would have to be highly-nuanced serious dramas, not heavy-handed vehicles from the right or the left, dramatic sledge-hammers that surely turn off younger Jews. It’s sort of what Bert Lahr is reputed to have said when he acted in the American premiere of “Waiting for Godot”: “I don’t know if I understand it, but I have the nagging suspicion that it might be important.” ✡

Jerome Chanes, senior fellow at the Center for Jewish Studies of the CUNY Graduate Center, is the author of four books and numerous articles on Jewish public affairs and arts and letters. His forthcoming book is about 100 years of Israeli theater.