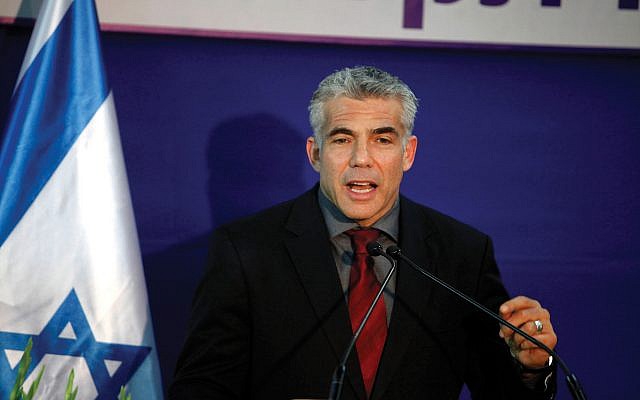 Jerusalem – Shlomo Shamir, a political centrist, hopes that Benny Gantz, the founder of the new Israel Resilience party, will team up with Yair Lapid, the founder of Yesh Atid, to run in the April 9 national election. Both political parties are championing a strong Israel, socio-economic reforms and religious moderation.

Some polls indicate that if the two politicians run together on a joint ticket, they have a shot at beating Prime Minister Benjamin Netanyahu’s Likud party.

The latest Haaretz-Dialog poll gave Israel Resilience 22 seats and Yesh Atid nine seats (down from 10), for a total of 31. Likud received 30 seats. Ten other parties, including Labor (just five seats), also met the election threshold of four seats that allows them representation in the Knesset.

According to the Israeli media, Gantz and Lapid are quietly discussing the matter behind closed doors and are expected to announce their decision in mid-February.

“The country needs a change in leadership and I think a joint list would accomplish this,” said Shamir, an affable retired electric company worker who now works in a Jerusalem jewelry store.

If it were up to Shamir and many other centrist Israelis, a government led by a centrist party would be a stark departure from Netanyahu’s coalition, which relies on right-wing and ultra-Orthodox parties.

Such a government “wouldn’t give the religious parties everything they want, including stipends to yeshiva students not serving in the army. They’re even exempt from paying municipal taxes while the rest of us are paying through the nose,” Shamir said, clearly frustrated.

“But the question remains whether Lapid and Gantz can put aside their egos to run together. Who would lead the party? That’s the problem,” Shamir said. 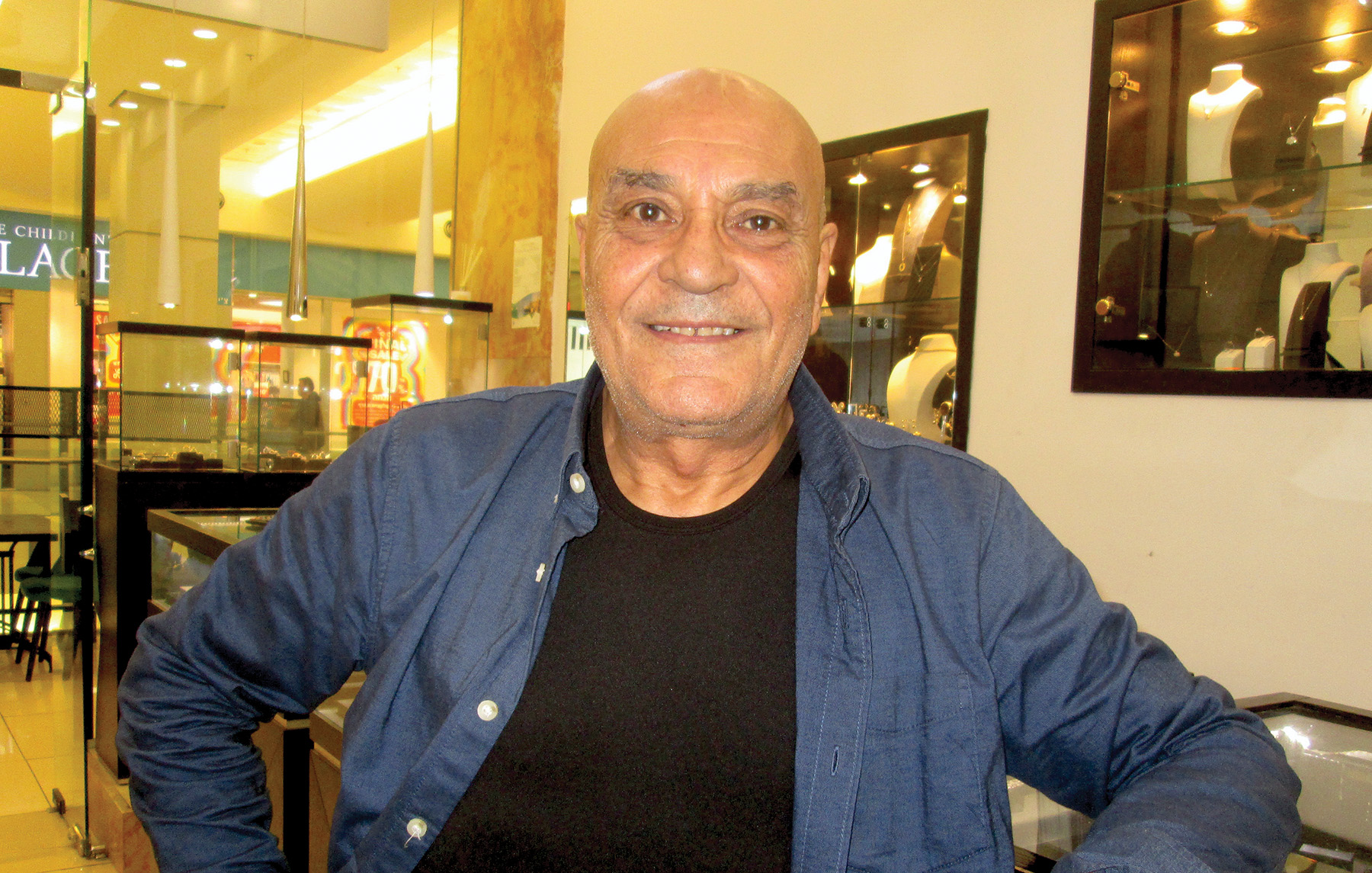 Gantz, a tall, photogenic former IDF chief of general staff, could pose a real threat to Netanyahu because he has the right military credentials, analysts say. He got high marks for his first major speech last week in which he partly wrapped himself in the mantle of Yitzchak Rabin, but also talked tough on security. But he has been notoriously close-lipped for a politician, and has never served in public office.

Netanyahu has capitalized on Gantz’s lack of political experience by emphasizing his own. This week, Likud, which held its election primary on Tuesday, put up enormous billboards showing a smiling Netanyahu standing alongside a smiling President Trump under the banner “Netanyahu. In a different league.”

Yohanan Plesner, a former Knesset member who leads the Israel Democracy Institute, believes Gantz and Lapid have the potential to run on a strong joint ticket.

“Ideologically there is no reason they should not run together. Both represent a centrist constituency and hold overlapping views.”

Both candidates are running on a platform that denounces corruption and supports an independent judiciary and the rule of law.

“On the one hand, both are skeptical of the Palestinians’ intentions” to honor a peace agreement, “but at the same time they understand that one needs to develop a policy to [keep] Israel a Jewish and democratic Jewish state with a Jewish minority,” Plesner said.

According to demographers, if Israel continues to rule the West Bank, Palestinians will eventually outnumber Jewish Israelis in a “Greater Israel.” 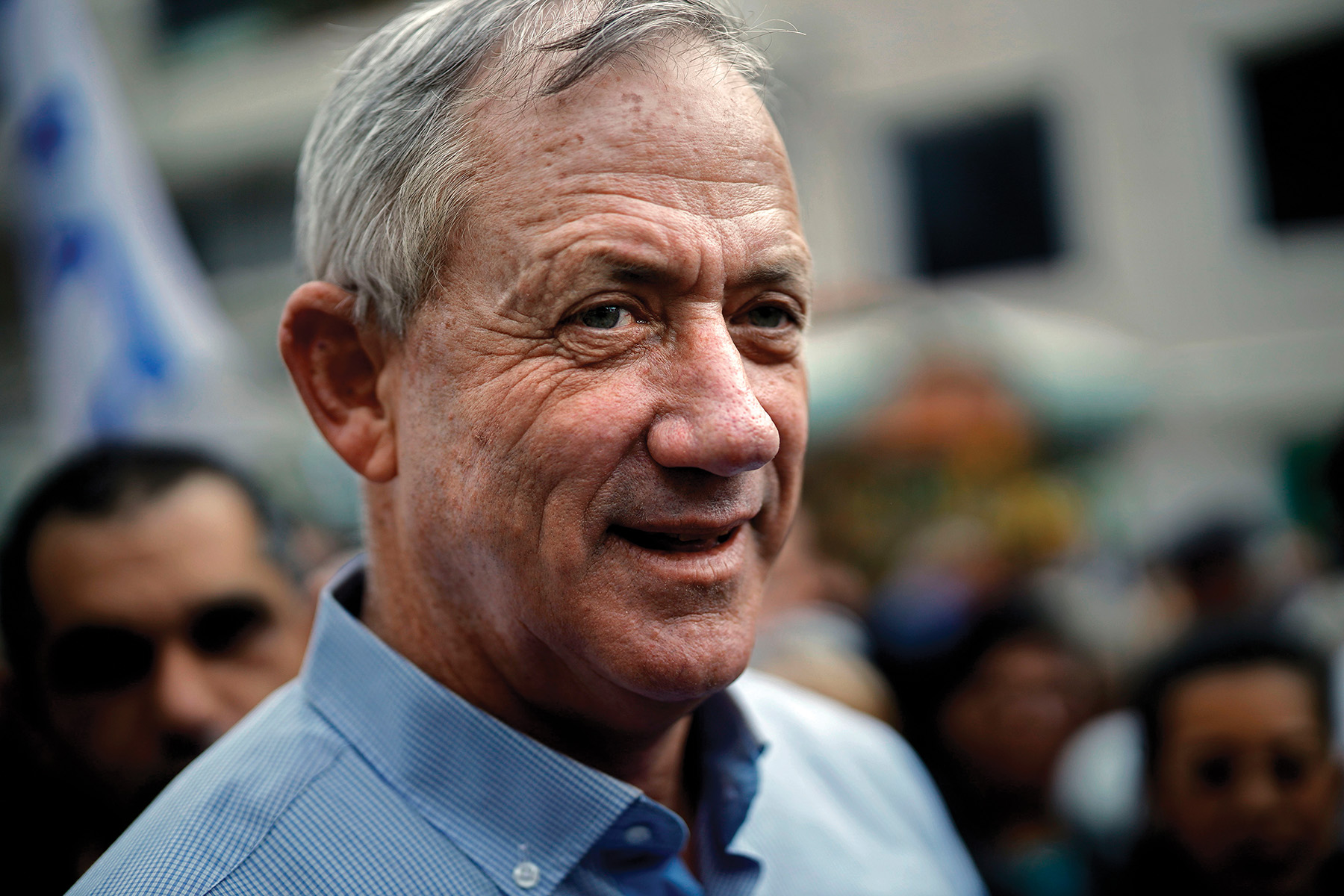 Both centrist parties are also trying to develop an agenda focusing on political inclusion “rather than on what drives them apart and encouraging tribal politics,” Plesner said.

The fact that Gantz and Lapid appeal to many of the same voters is more of a problem for Lapid than it is for Gantz, Plesner noted. “When Gantz’s party goes up in the opinion polls, Lapid’s go down,” he said.

Still, Lapid may feel he has a lot to lose by joining Gantz.

Seven years ago Lapid, a former journalist and son of famed politician Tommy Lapid, established a centrist party that has a loyal and energetic following of professionals, many of them millennials.

“He’s built a very impressive network of activists throughout the country,” said Shmuel Sandler, a political scientist at Bar Ilan University. “He also has the funding to run a good campaign. That’s why he feels he should be No. 1” on the ballot.

But Gantz has higher ratings than Lapid in the “fit to become prime minister” polls, with Gantz and Netanyahu pretty much neck-in-neck.

If Gantz and Lapid don’t join forces, Gantz might still build an alliance with other parties and emerge as a credible alternative to a right-wing government.

Ultimately though, it’s not necessarily the party that gets the most votes that will lead the government. It’s the party that can cobble together a coalition government. If Likud and a joint Israel Resilience-Yesh Atid receive the same number of seats, it will be up to President Reuven Rivlin to decide who should be entrusted to form the next government.

Receiving deliveries in the housewares store where he works, Oren Sedik said he expects Netanyahu to be the country’s next prime minister, even if he himself hasn’t decided whom to vote for.

“Bibi has nothing to worry about,” Sedik said. “Most Israelis continue to support him, and I don’t think all the Gantz-Lapid talk will amount to anything. For one thing, Gantz has barely spoken. No one is sure what he even thinks.”

Strolling with a friend in the warm Jerusalem sunshine, Irene, an 80-year-old immigrant from France, rejected the notion that a centrist party led by Gantz and Lapid would be good for Israel.

While it is true that Gantz is a decorated general, “you don’t run a country the way you run an army,” said Irene, who declined to share her last name.

Israel has its fair share of problems, she acknowledged, “but the country is pretty good.”

“Look what’s going on in France, in England, in Venezuela. I think Netanyahu has given us a lot of stability,” she said.

Still, Irene isn’t completely satisfied with how the country is being run.

“There are good laws here but they’re not enforced,” she said. “If the government ticketed every driver who breaks the law or parks illegally, we’d be rich!”