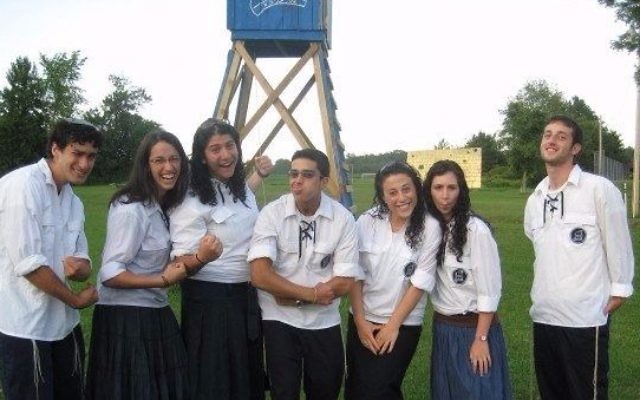 Mesorah has been the topic of many conversations in recent weeks, certainly in my social circles, as people have been heatedly debating whether or not women may serve as clergy. The archetypal figure in Jewish literature to whom we turn during debates over tradition is none other than Shalom Aleichem’s beloved character, Tevye.

I refer to Tevya not to ridicule the notion that tradition has value. Quite the opposite. I am a believer. I am Orthodox. I think that my Judaism informs just about every step that I take throughout the day. How I get out of bed, how I get dressed, how I accessorize. My Judaism informs what content or music I listen to and when I engage in said activities. Judaism informs not only the content of conversations that I have but language, tone, and even volume. While I am not hareidi, I would certainly venture to say that I am frum.

But if there’s any lesson to learn from Tevye’s story it’s that a fixed, frozen tradition that refuses to bend will ultimately break it’s followers. As a former Jewish History teacher, I am fairly versed in the reality that Jewish dress, practice, social norms, custom, etc. have developed over time. We have been impacted by society. We’ve adapted, grown, and sometimes set more clearly defined boundaries when deemed necessary.

What then does mesorah really mean if it is something that is both supposed to be fixed and flexible at once?

In terms of my own experiences, camp is probably the best example of a firm tradition that is clearly and confidently embraced. The way that things happen in camp are seemingly set in Stone. Want to try out a new dessert on Friday night? Good luck! Want to try using a new tune for havdalah? Don’t quit your day job! The day to day of camp happenings are deeply engraved in its infrastructure. It is a place where seemingly meaningless traditions are regarded as sacred.

The longer that you are in a camp setting, the more you realize that some of the traditions are given birth to without much thought at all. The hand motions to a song that are regarded as sacrosanct were created on a whim. The words that are recited before machaneh trivia were made up when the camp leader was trying to figure out a way to capture attention and get quiet.

While I cannot think of an environment that is more resistant to change regarding minor details, I also think of camp as a place where general stereotypes and standards are broken. Jewish overnight summer camps are unique in that they are settings where one can create new norms, but one might also experience a deep, rich sense of tradition.

Camp is an environment where stereotypes – particular gender stereotypes – may be shattered. It’s a place where you do things differently than you do back at home. Historically, summer camps were a place where girls could get dirty and play like the boys. I still see that. Camp was a place that afforded me opportunities to challenge myself physically and in many other ways as well.

Why is that? Why is change more easily instituted on the one hand, and deeply entrenched on the other?

Well, while traditions are rich and highly valued, camp is also a deeply intentional place. It is an immersive educational setting which requires attention to detail. While some traditions are less meaningful than others, the changes are well thought out. Camp is a place where everyone agrees on the priority, that of the safety, growth and well being of the campers. Camp is a place where outside politics and concerns are insignificant. The goal is to construct an environment where campers will flourish socially, physically, religiously, and then some.

I wonder how the conversation about mesorah as it relates to women leadership would transpire in a camp setting. You see, “mainstream” Orthodox camps have women leaders. In most Bnei Akiva settings, you even have gender balance in leadership and administration. Men and women are equally valued in decision making, operations, etc. The sole barrier for women in most Orthodox camps is relegated to the ritual realm. Women and girls, and men and boys, need women role models. The function of the dugmah ishit, the role modeling of staff members, is critical to the educational process in informal settings such as camp. Camp is a place where campers learn not only from texts but from their counselors whom they hold in high regard. If we want our campers to aspire to grow spiritually, socially, religiously, etc., we need to provide them with models to whom they can relate.