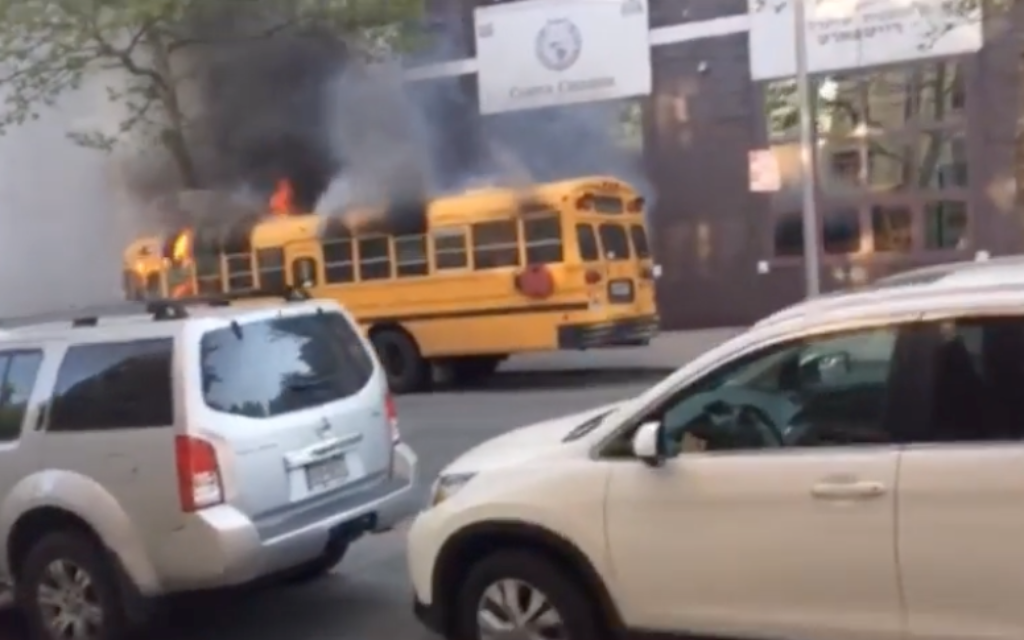 An 11-year-old boy was charged Monday with setting fire to a school bus outside a Jewish school in the Crown Heights section of Brooklyn.

The bus went up in flames on Sunday evening in front of the Beth Rivkah School for Girls in the haredi Orthodox Jewish neighborhood. There were no injuries.

The accused boy was released to his parents, WABC-TV reported. Up to five boys were on the bus when it was set on fire, the station reported, citing a witness, who was able to identify the boy who was charged as a juvenile in the incident.

A lit pizza box was found inside the burning bus.

Police reportedly planned to use surveillance video from the school in an effort to identify the suspects.

Ed's Note: This story was updated to reflect developments in the story.