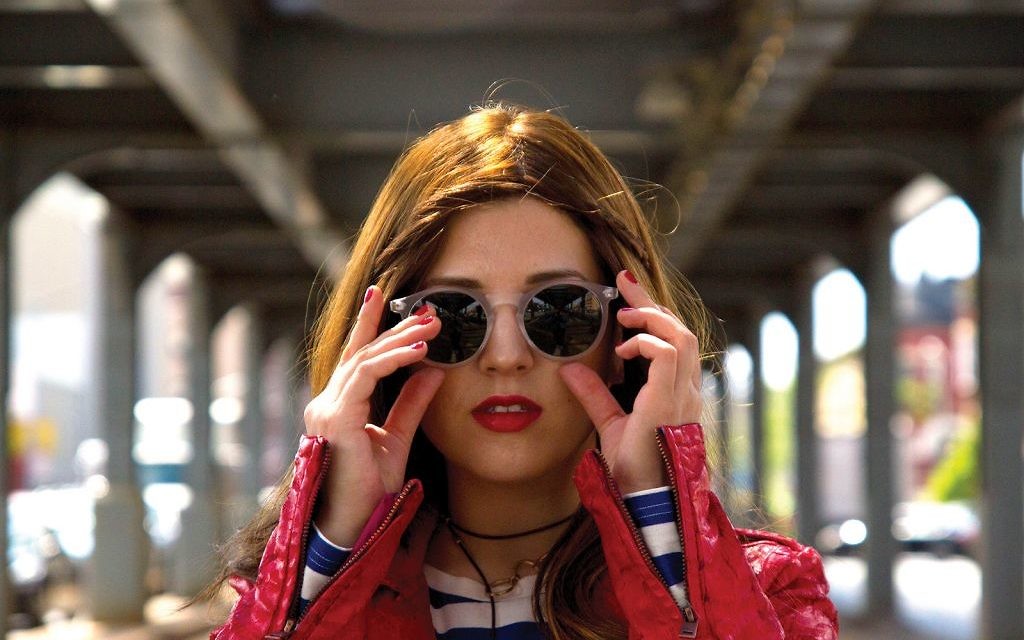 It isn’t exactly like Paul and John and George and Ringo going their separate ways, but when Perl Wolfe takes the stage this week on the JCC Manhattan roof, her fellow Bulletproof Stockings co-founder, Dalia Shusterman, won’t be behind the drum set.

The Stockings made a cultural splash in recent years as that rarest of acts: an all-girl chasidic indie rock band out of Crown Heights; they were good girls, and bad girls, and, according to Orthodox custom, they played for wildly enthusiastic female-only audiences.

A long-awaited debut album, “Homeland Call Stomp,” appeared last winter. But by spring the Stockings’ run was over.

“I’ve been thinking about [going solo] for a while,” Wolfe, the band’s lead singer, told The Jewish Week by phone. “It just seemed like the right decision.

“We really wanted to finish the album and do the [winter] tour and see how it went,” Wolfe said. “We took a month or two off, and it just kind of made sense to me that it was the right time to move on to something else.”

Now calling her group Perl (a nod to Janis Joplin?), Wolfe said her new music marks an artistic shift; once focused on colorful lyrics and a passionate vocal delivery style, her new pared-down sound stresses “honest lyricism” and nuanced layering of a wide array of instruments, including violin and saxophone. She hopes to create a new solo album this year.

“It really does feel like a totally different project. My style is kind of evolving,” she said. “In some ways, it’s more pulled back than the Bulletproof Stockings music, but it’s also more easily relatable. I feel like I’m finding my voice.”

At the July 14 show, she’ll be taking the musical journey alongside some familiar faces, former Stockings members Elisheva Maister on cello and Dana Pestun on violin.

Aside from going solo, Wolfe, who is also a personal stylist, is hoping to launch a new modest yet hip fashion line. Her unique dress, often including an elegantly coiffed sheitel, long stylish skirts and chic sunglasses, has been a topic of conversation since the band started gaining attention in 2011.

“When I hear music I see colors, and if I walk into a fabric store, I see designs as soon as I see the colors come together,” she said. Her fashion has developed with her music, she said. “I used to feel a lot more pressure to put on a show and dress up and be a certain way. I think the music is growing similarly in that I’m pulling back a little bit more. Even though it seems more cryptic, it’s actually more open.”

Though in the past she’s cited musical influencers including Bob Dylan and the Red Hot Chili Peppers, today she’s following female artists— like Courtney Barnett and Taylor Swift — who are “taking control of their own businesses.”

“There haven’t been as many women in the music industry for quite a long time,” she said. “Even though it seems like all of these women are at the top of the charts, women are still so completely outnumbered by men in the industry. I think it’s just because we haven’t had the same opportunities. I think it’s going to change. I think women are going to take over.”

In this week’s gig, Perl will be performing a “women- and women-identified-only concert,” according to the JCC’s wording. That phrasing coincides with the JCC’s mission calling for a “broad and inclusive view of Jewish life and family,” said a representative.

About going solo, Wolfe admitted that she’s both anxious and excited.

“Putting myself out there is always a little bit scary. Even though we had all this momentum from Bulletproof Stockings, I see it as a totally different thing … starting from scratch.”