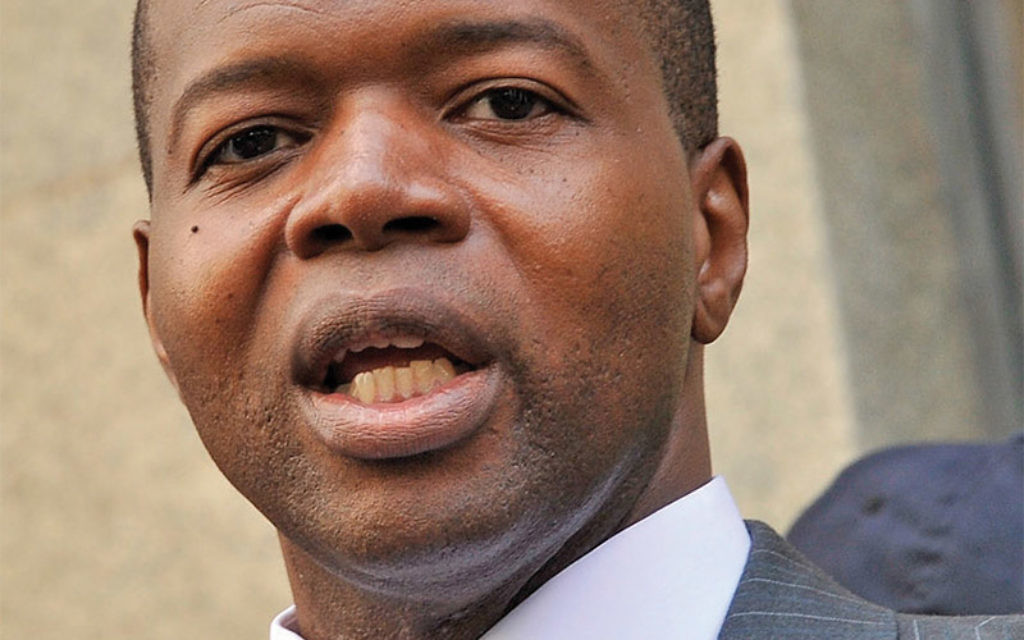 In a move that advocates for sex abuse victims in the Orthodox community have long urged, the Brooklyn district attorney has launched an investigation into witness tampering in connection with a high-profile abuse case, The Jewish Week has learned.

According to a source with knowledge of the situation, the investigation by Brooklyn DA Kenneth Thompson’s office relates to the case of chasidic cantor Baruch Lebovits. His 2010 prosecution and conviction for child sexual abuse and subsequent 10 2/3-to-32-year prison sentence caused a firestorm in the chasidic community, where rumors about him had circulated for years.

In 2012, Lebovits’ conviction was vacated because of a prosecution error, and a new trial was ordered. Ultimately, in 2014, Lebovits pleaded guilty to the charges and was given a two-year sentence; with credit for time served and good behavior, he spent only a few additional months in jail.

The 2012 reversal of Lebovits’ initial conviction came a year after another man, Samuel Kellner, was indicted for bribing a witness to falsely testify against Lebovits and attempting to extort the Lebovits family in exchange for a promise he would persuade the witnesses against Lebovits to withdraw their charges.

The convoluted case against Kellner, who alleged that Lebovits had abused his son, began to fall apart in the summer of 2013 and was dismissed in March of 2014; the dismissal came after an investigation by then incoming District Attorney Thompson determined that the witnesses against Kellner lacked credibility to such a degree that the case could not be prosecuted. (Kellner’s attorneys and supporters have always maintained that he was framed in an effort to undermine the case against Lebovits and keep him out of jail).

Among those witnesses was a man named MT, who had, with Kellner’s help, first come forward to detectives as a victim of Lebovits in 2008 but abruptly withdrew from the case in 2009. About a year later, MT told prosecutors that Kellner had paid him to fabricate the allegations against Lebovits, which he then recanted before going on to testify against Kellner in the grand jury.

An investigation by The Jewish Week, begun in 2012, uncovered information that suggested that MT’s withdrawal from the Lebovits case — and his subsequent allegations against Kellner — was likely the result of tampering and intimidation by people with connections to Lebovits. The Jewish Week investigation also found that much of this information, along with other evidence of witness tampering and intimidation in the case, had been in the possession of the district attorney, who nonetheless failed to act on it.

Indeed, the problem of witness intimidation is seen as a significant impediment to getting sex abuse victims in the tight-knit charedi world to come forward to law enforcement rather than bring allegations to local rabbis to handle. And while abuse survivors and their advocates have long spoken out about the issue, almost no one has been charged with these crimes.

In 2000, Bernard Freilich, who had served on former Brooklyn DA Charles Hynes’ advisory board and was at the time a special assistant and spiritual adviser to Superintendent James McMahon of the New York State Police, was charged with threatening an alleged incest victim and her husband in order to prevent them from testifying. Freilich was ultimately acquitted, but in the wake of the case, influential members of the charedi community began calling for Hynes’ removal for what the Village Voice wrote was “seen as the latest in a series of wrongs directed against the Orthodox community.”

Hynes, who was seen as having very close ties to the charedi community, did not pursue another Orthodox witness intimidation case again until 2012. At that time, he charged four men with trying to silence the victim of Nechemya Weberman. While all of the men pleaded guilty, only one received jail time, a sentence of four months.

Before Kellner’s case was dismissed, prosecutors had indicated to the court that they were conducting an investigation into one man in particular, Zalmen Ashkenazi, and his connections to the Lebovits family. Ashkenazi’s name first surfaced publicly after The Jewish Week obtained a tape recording in which MT told an acquaintance that he was told to “go against” Kellner by Ashkenazi, who, he claimed, had also supplied him with an attorney.

As it turned out, by that time the Kellner prosecutors had already obtained financial records showing that Ashkenazi was paying for MT’s travel to and from Israel. To date, however, no charges have been brought against Ashkenazi or anyone else in connection with tampering allegations related to the case.

A spokesperson for Thompson declined to comment on the intimidation probe.

Attempts to reach Ashkenazi were unsuccessful and an email to MT’s lawyer, John Lonuzzi, did not receive a response by press time.

Kellner attorney Niall MacGiollabhui, who says he is cooperating with the DA’s office, told The Jewish Week, “We know that Ashkenazi and others, such as Joe Levin, who helped a serial rapist of children evade justice, are just the tip of the iceberg.” (Levin is a private investigator who told The New Yorker magazine last November that, while working for the Lebovitses, he had bugged Kellner’s van).

“The test for the district attorney,” MacGiollabhui continued, “is whether the full extent of what lurks beneath will be exposed.”

News of the investigation was greeted with guarded optimism among abuse survivors and their advocates, including Chaim Levin, who says he is personally acquainted with an alleged Lebovits victim. Levin also helped to organize a rally in support of Kellner when he was still under indictment.

“The injustice that was done in the Lebovits case has shattered the trust of so many survivors in the DA’s office,” Levin told The Jewish Week Tuesday.

“This case has served to remind us that power and influence still trumped justice,” he said, “and I’m hopeful that this new development will change that perception for the future.”

For other advocates, that hopefulness is balanced with a sense of skepticism about how far the DA’s investigation will go.

Ros Dann, a spokesperson for Survivors for Justice, an organization that advocates and educates on issues related to child safety, said: “We have been waiting impatiently for this DA to prosecute the bad actors who perverted justice in the Lebovits and Kellner cases. Unfortunately, based upon his performance to date, we are anticipating, if anything, the prosecution of a low-level scapegoat, as opposed to the powerful people who are really behind what went on in these cases, and what continues to go on.

“We call upon DA Thompson to demonstrate that he won’t tolerate the witness intimidation and obstruction of justice that prevents sex abuse victims from reporting these crimes to the police.”