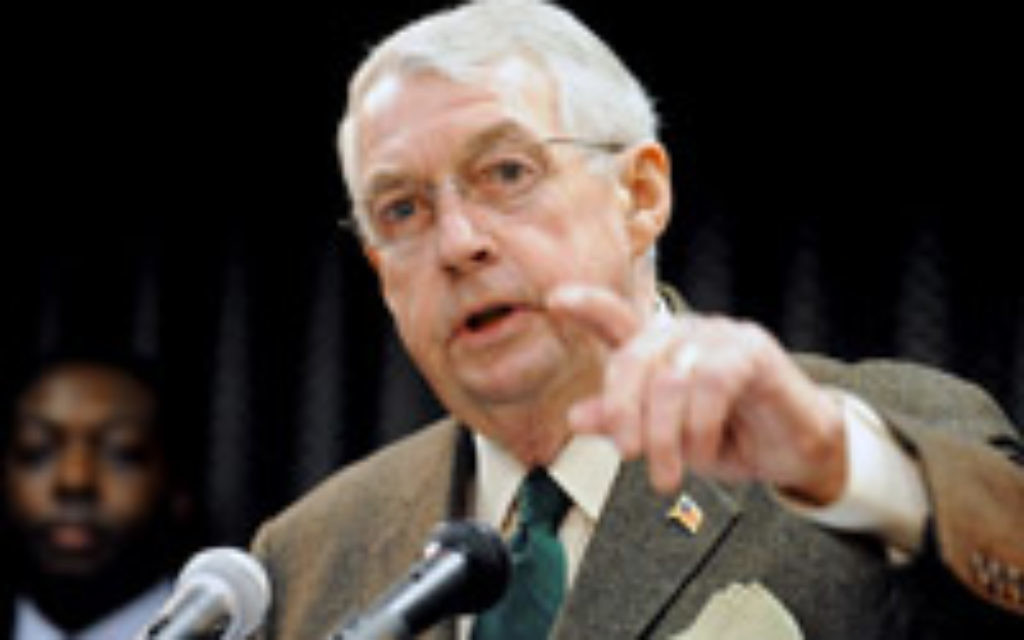 While Brooklyn District Attorney Charles Hynes has repeatedly refused to divulge names of Orthodox child molesters charged or prosecuted though his office’s confidential Kol Tzedek hotline, a spokesman for the DA this week told The Jewish Week that, if presented with a name obtained through other means, his office would confirm whether the individual was reported through Kol Tzedek.

Kol Tzedek was launched by the DA in April 2009 to encourage the reporting of sex crimes within the Orthodox community. Hynes’ office claims to have arrested approximately 90 Orthodox child molesters through Kol Tzedek.

Hynes has for months asserted he cannot reveal these names because doing so would violate victims’ privacy rights. However, according to spokesman Jerry Schmetterer, the DA is making a distinction between being the source of those names and confirming them — a distinction some believe is without a difference.

“In a practical sense, it’s an absurd position for him to take,” said Ros Dann, a spokesperson for the advocacy group Survivors for Justice. “DA Hynes is either concerned that naming Orthodox child molesters will identify the victims or not. He shouldn’t be allowed to have it both ways.”

However, Schmetterer maintains that “the law prohibits us from releasing names if doing so might expose a victim.”

“Names of people arrested are public record and available through other sources. If you have a name, I can confirm it,” Schmetterer added, offering this option to The Jewish Week for the first time.

How this might be accomplished is another question. According to David Bookstaver, the communications director for the New York State Courts, while these records are “presumptively public,” without a name or case number to identify a specific record, the best way to get these names “is from the DA.” The only way to get these names from the courts, Bookstaver told The Jewish Week, would be to “do a massive data search, which we are unable to do.”

In fact, the law does prohibit the DA from releasing records that would identify the victim of a sex crime. However, critics have questioned how releasing a list, generated from an existing database, merely of names of those charged and/or convicted through Kol Tzedek would tend to identify a victim.

Hynes offered an explanation in a recent denial of a series of Freedom of Information Law (FOIL) requests from The Jewish Week. He argued that, unlike in the “vast majority of cases,” revealing merely the names of defendants would tend to identify their victims because these defendants “are alleged to have committed sex crimes against chasidic victims within a very tight-knit and insular Brooklyn community.” As such, the DA argued, there is a “significant danger that the disclosure of the defendant names would lead members of that community to discern the identities of victims.”

Many abuse survivors within the Orthodox community reject this premise. According to Debbie Teller, a survivor and the editor of Adkanenough.com, a website that features alleged and convicted child molesters, “Since I began the site, I have not had a single person request I take down a name for any reason. On the contrary, I have received e-mails from people, not all anonymous, asking me to include their molesters.”

“I believe that victims feel stronger and safer when they know that the perpetrator is known and has been publicized. It is the exact opposite of the DA’s excuses,” Teller added.

Further, experts like Robert Freeman, executive director of the state’s Department of State Committee on Open Government, see the DA’s position as possibly discriminatory. By apparently affording Orthodox defendants more privacy than any other defendants, Freeman contends that the DA may be vulnerable “to an equal protection argument,” referring to the Equal Protection Clause of the U.S. Constitution.

“Everybody is receiving the same treatment, except this group [of Orthodox sex crimes defendants], which is receiving greater privacy protection,” Freeman noted.

According to Orthodox attorney and author Michael Lesher, “This is blatantly discriminatory. These [privacy] considerations are seldom mentioned except in the context of Brooklyn’s Orthodox Jews.

“When you identify a rape victim as the 11-year-old daughter of the [non-Jewish] perpetrator’s girlfriend — as the D.A. did in a press release last December — doesn’t that lead some people toward the victim’s identity?” Lesher continued. “Given the unequal application of the stated principle, I don’t believe this is really about the special problems of Brooklyn’s ultra-Orthodox community. It’s about that community’s political control over the justice process.”

In his denial of The Jewish Week’s FOIL request, the DA also argued that if Orthodox sex crimes victims “believe that this Office is complicit in any way with identifying” victims reported through Kol Tzedek, other victims may remain silent, which could undermine the hotline’s purpose. As a result, he contends, the defendants’ names can also be withheld under the Public Officers Law, which exempts disclosure of records that would “interfere with law enforcement investigations or judicial proceedings.”

It is unclear whether this is a correct application of the Public Officers Law — case law seems to indicate that it applies to existing and closed, rather than hypothetical, investigations or proceedings. Regardless, Hynes’ concerns about being “complicit” in identifying victims by naming alleged perpetrators seem hard to square with his willingness to confirm Kol Tzedek cases as long as defendants’ names were obtained elsewhere.

This has left some observers wondering just what he is really trying to accomplish. Some, like Freeman, who works with reporters all the time, believe that Hynes’ apparently new policy of confirming names has come in response to increased media scrutiny regarding his lack of transparency in the handling of these cases.

“The news media is shining a light on his office, and he is starting to cave,” Freeman added, a reference to stories by The Jewish Week, The Forward, the New York Post and others. The New York Times is also set to publish on this issue soon.

Other observers see something else at play.

“It seems that the biggest thing being protected here is not the identity and privacy of innocent victims, but rather a common-sense level of accountability for law enforcement officials who are supposed to guard against, and punish, wrongdoing,” Kenneth F. Bunting, the executive director of National Freedom of Information Coalition, told The Jewish Week.

“One would think that a key lesson from the scandals that rocked the Catholic Church over the past decade is that whispers, hushed secrets and cover-ups … won’t ever provide the right answers,” he continued. “It is sad that anyone in officialdom thinks that approach does.”