A British-Israeli man approaching his 95th birthday has just become the oldest Israeli to skydive – and says he wants to do it again when he reaches 100.

Walter Bingham, who was born in the Weimar Republic in 1924, fell from the skies over northern Israel from a single-engine Cessna last week as a belated 94th birthday “treat”. He’ll be 95 in January.

“Tied to the instructor, we moved to what would have been the door and I sat with my feet hanging out of the plane looking down from 13,000 feet,” he recalled. “I wore a short-sleeved shirt. It was surprisingly warm at that altitude.”

He continued: “After a little push we were out, 4km up and free-falling without support for just short of a minute. It was an extraordinary feeling of elation and suspense, until the instructor pulled the chord. We went from flying horizontal to hanging vertical. The gentle descent gave ample opportunity to look at the scenery.” 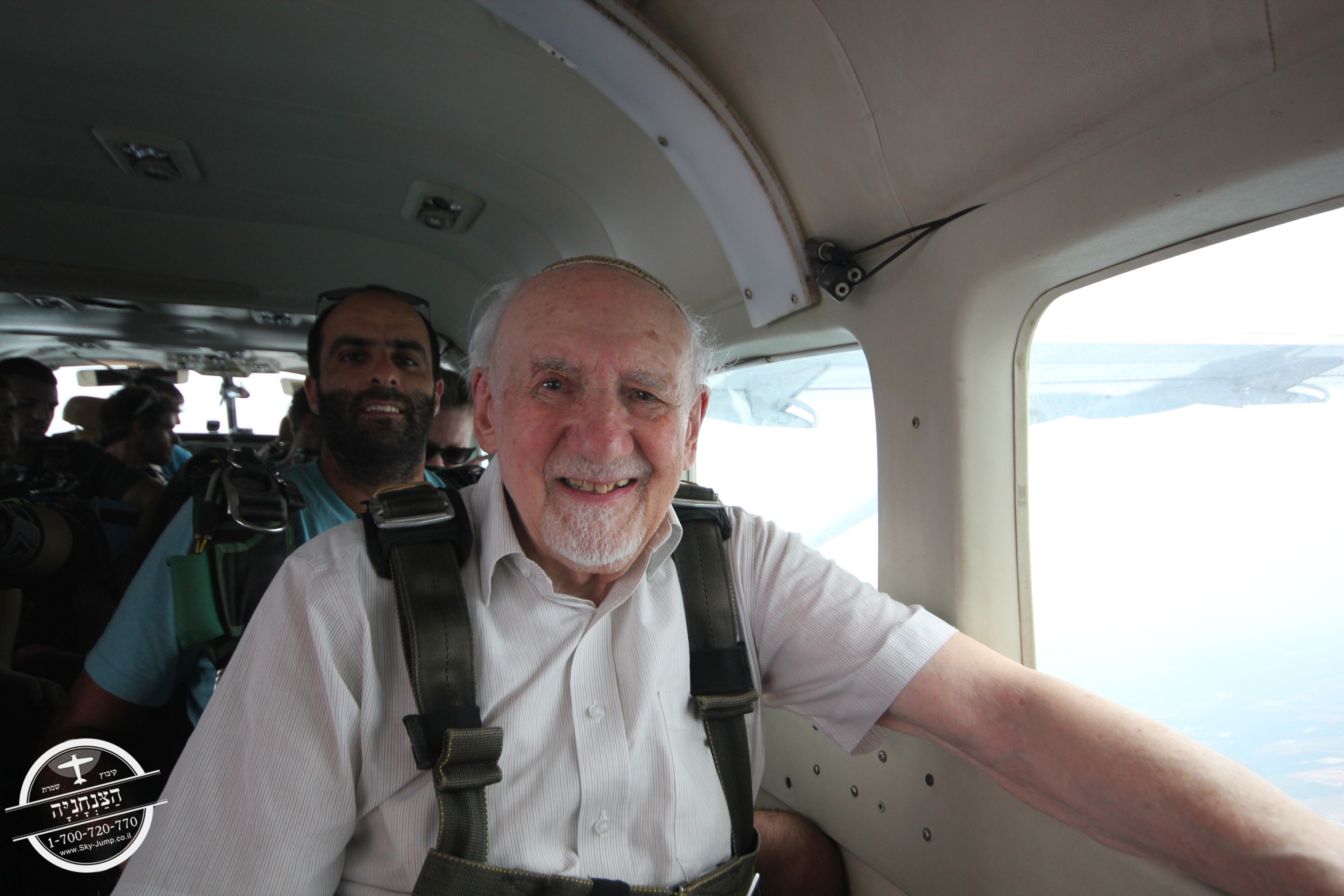 Bingham said he had views over Haifa Bay and the old city of Acco before landing in a field, “precisely as arranged,” where those on the ground helped protect his feet on landing – “a nice gesture to an old person”.

Would he do it again? “Yes, God willing, for my 100th birthday – and I’m not joking,” he says. “I’m already contemplating my next trick – going up in a balloon, or flying a plane, because I still have a license.” 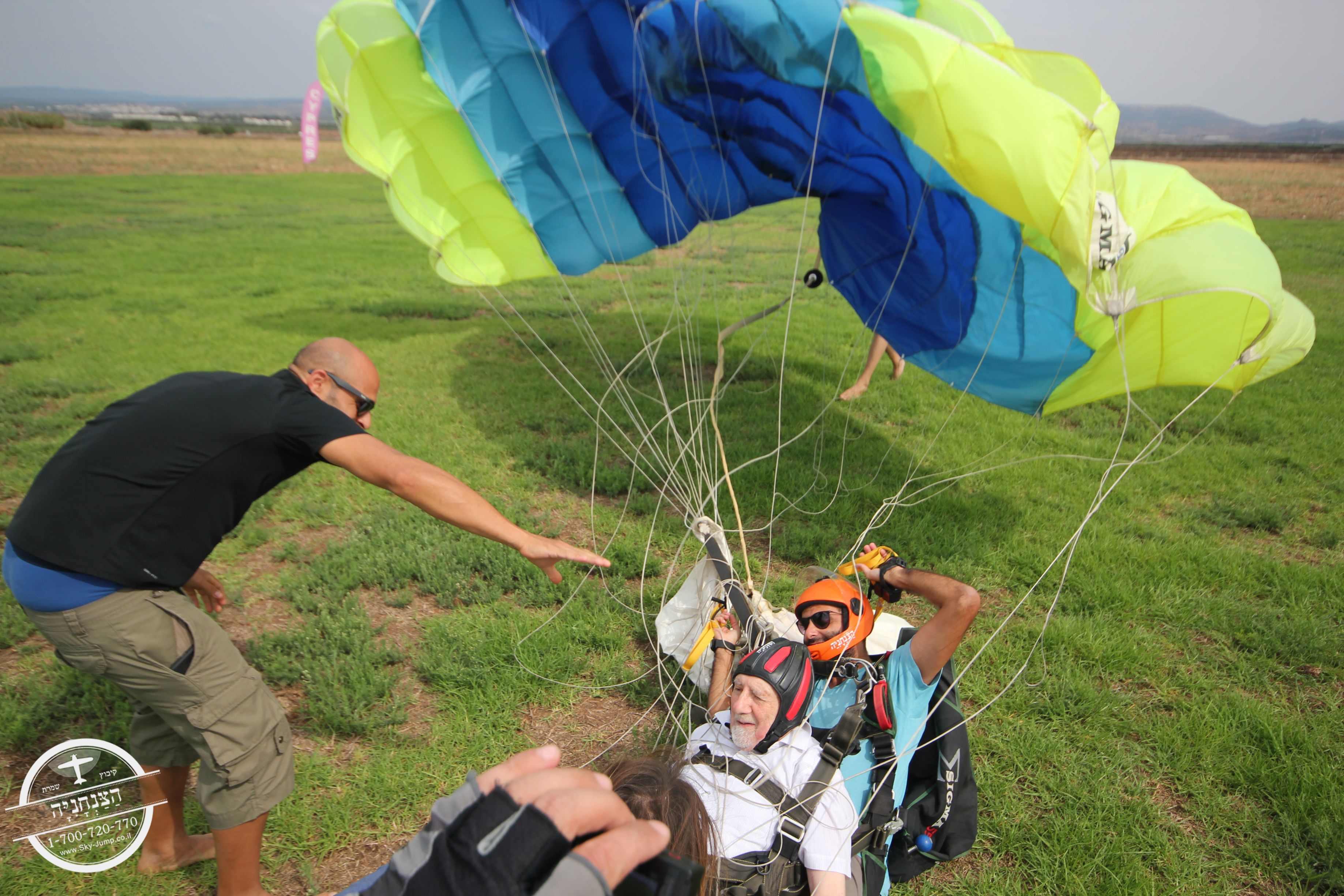 Earlier this year, he received the Legion d’Honneur, France’s highest award, in a ceremony aboard a French warship in Haifa harbour. Having fled to Britain from Germany after Kristallnacht in 1939, he took part in the D-Day landings at Normandy in 1944, landing on the beaches as an ambulance driver.

Last year Bingham, who has worked as a journalist and actor, broke a Guinness World Record by becoming the oldest radio talk show host, after making aliyah in 2004.

“My next goal is to break the world record for oldest working journalist,” he says. “Breaking records is my latest hobby!”