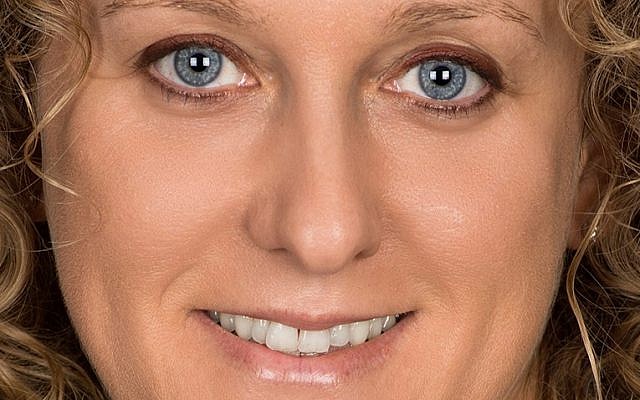 This year, Shavous was particularly powerful for me. It began with Shabbos in a small community in a Florida beach town. Motzei Shabbos, my husband (Gavriel) and I, satiated with Shabbos feasting, began our learning early. He was looking forward to sharing with me his thoughts on excerpts from Judges and we settled in. I was filled with expectant energy and a deep spiritual hunger that often arises in preparation for Shavous; connecting to our receipt of the commandments at Mount Sinai makes learning a necessity and sleep insignificant.

Our chavrusa was interrupted by the formation of the Rabbi’s class at 11 PM. “Why was it wrong for the Israelites to sleep deeply before the receiving of the Torah,” the Rabbi asked? “Why do we stay up all night and receive the Torah through a sleep-deprived haze rather than alert after a full night’s rejuvenation?” Because on Shavous, upon the receipt of the Torah, we are entering into the physical experience of the divine. We are no longer segregated to the spiritual and metaphysical, be they wondrous and necessary, but lacking in the tangible, graspable world of Torah and religious observance. This was the Rabbi’s message and it spoke to me very deeply. Then followed an exploration of the book of Ruth, on the physicality of her love of Judaism and her humbling herself, leaving her riches behind and resting her soul at Boaz’ feet in selflessness and premonition. My heart was pounding with physicality and 2 cups of tea.

I quietly exited the group and found my way to the sanctuary, took an unobstructed seat near the Bimah and began to read Joshua from the beginning. Moses had died. Joshua took over because like Moses he was a true servant of Gd, devoid of self-promotion, unencumbered by the rigidity of mortal dogma, he was armed with the Torah and the people. Toward Israel they walked, our priests guarding the word of Gd, leading us to the promised land. Then, at the Jordon, a seemingly impenetrable impasse, Joshua’s humility and Torah-one-mindedness was rewarded by Hashem and Gd did what he promised him; He stacked high the waters and opened our path to Israel. As the priests stood on the dry land of the waterbed, the people walked on as the Aron and the priests faded from view; we were now in the land of Israel at Jericho and it was the Torah that would lead us. So the Aron rose up into the air, ascending the waters and landing before the people.

From that point forward, it was Torah that would lead, bringing the priests with it and guiding the Jewish people.

From that point forward, it was Torah that would lead, bringing the priests with it and guiding the Jewish people.

The physicality that the Rabbi spoke of was emboldening, becoming clearer, being realized in the hearts and minds of all Israel.

It was about three AM now as congregants milled about, some leaving out of exhaustion, some cat napping, not wanting to part from the light in the room. Eventually, it was just Gavriel and I in this little beachside shul, receiving the Torah minutes after five AM rang out. I, having stood at the Bimah during moments of particularly intense connection, my hands having kissed the Aron Kodesh containing our Torah Scrolls, had received it. Not only was I among the 3.5 million at Mt. Sinai, but I bore witness to the Torah standing at its own Mount Sinai in Jericho, high in the air on the mountainous waters of the divine, joining its people and, like Moses, leading them onward.

Gavriel and I walked out of the shul, hand in hand, connected to the physicality between us as a couple and as a people. When we returned to shul for Shacharis around 10 AM, the waters of the Jordon had long returned to their place; closed to me was the seat near the Bimah, the Aron Kodesh and the physical closeness I had felt to my community as I walked to the back of the shul and settled in behind a mehitza; it didn’t promote the internal meditation that it is said to evoke, but segregation.

I had received the Torah and then was pushed away from it for another year of longing for the emek (depth) experienced by our matriarchs and patriarchs, no place where I could sit with the fire of my soul and speak connectedly, physically, tangibly, to Gd.

I had received the Torah and then was pushed away from it for another year of longing for the emek (depth) experienced by our matriarchs and patriarchs, no place where I could sit with the fire of my soul and speak connectedly, physically, tangibly, to Gd.

As the Torah came around prior to the reading of the weekly Parsha and I reached for it, a woman referenced the importance of touching the Torah with a book rather than our own hands.

There is this, but one night to look forward to, Shavous, when I can walk into an Orthodox shul and be fully present and feel the presence of our creator in the sanctuary, being one with the community, one evening in which I marry again and again the words of Gd. I long for more than just one night to be free in the practice of my religion.  The time has come.

We need functional partnership mehitzah minyanim in south Florida to assist in the yoking of our physical paradise to our spiritual one.

We need functional partnership mehitzah minyanim in south Florida to assist in the yoking of our physical paradise to our spiritual one.

If you live in South Florida or would like to and want to see this realized in a Halachic community, let’s get to work and build a physical space for our spiritual empowerment. Let’s continue the realization of bringing the Torah into the physical world.