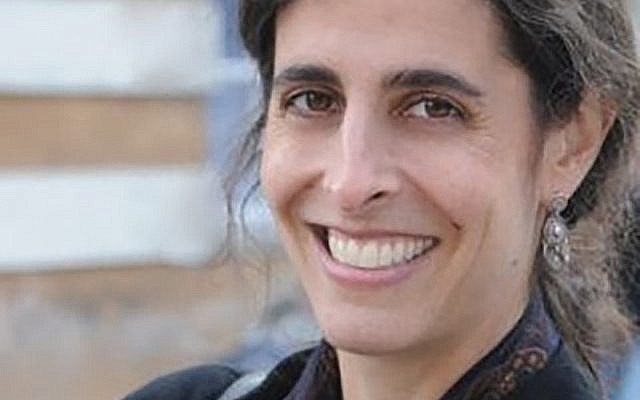 It seems like many people in their 40s either change their spouse or their job.

I thought I had made the less tumultuous choice when I decided to go into a new field. After almost 20 years working in the Jewish community, I moved to a progressive organization to work for social justice and our U.S. democracy.

I was excited to join the fight and was up for the ostensible challenges: a commute to a scrappier Bushwick rather than midtown, a switch to being one of the oldest in the office instead of forever young in a Jewish expanding definition of the term, and the adjustment to a roster of new terms and practices.

But I wasn’t expecting the two communities I care so deeply about to be in conflict. And that is what happened, almost immediately.

What is crystal clear is that there are two entirely different narratives at play. They are like ships passing in the night, with no connection at all, and leaving only outrage and division in their wake.

On the one side, among many in the Jewish community, there is:

♦ a concern about the re-emergence of anti-Semitism on the left, in the form of age-old tropes;

♦ a conviction that criticism of Israel and the Israel lobby is not being applied equally to other groups; and outrage at strong Israel criticism being heard in the halls of power;

♦ a suspicion of progressive interests vis a vis Jews generally, and a very critical focus on their voices, and;

♦ a willingness to make common cause with allies on the right who defend Israel, including those with antithetical viewpoints on social issues.

On the other side, among many progressives, there is:

♦ a critique of the outsized influence of money and special interests in politics today, corporate accountability and extreme wealth inequality;

♦ a desire to feel free to criticize Israel, whose policies are moving to the right, and anger at what feels like an effort to silence that criticism;

♦ a perception that relentless criticism is intentionally targeted at young members of Congress — particularly women of color — against the backdrop of increasing societal racism and anti-Muslim sentiment, and;

♦ a struggle about how to find the right balance of focus on anti-Semitism, which is recognized as a problem but feels politicized, and the many urgent, severe challenges faced by workers and communities of color today.

It’s almost more painful when you know the inside stories to see these two groups, traditionally allied, ripping themselves apart or allowing others to do so.

I believe strongly that the interests of these two groups are deeply connected. My Jewish activism has always been centered on an understanding that our well-being as individuals and a community is intimately tied in with that of our neighbors. I still prize what I first learned when I worked at AJC: that Jews can only be safe in a country where all minorities are protected, and all people treated with dignity.

President Trump has brought into the open ideas that are pernicious to the fabric of our diverse country: the demonization of immigrants, the racist rhetoric and dog whistles, and policies that further exacerbate income inequality, which leave increasing numbers of people convinced that the system is irreparably rigged against them. This threatens to undermine the fundamental belief in democracy.

As those who have studied modern hate groups will attest, anti-Semitism is also a central tenet in the ideology of white supremacy and connected to the anti-black racism we see gaining strength today.

Progressives have emerged on the scene with anti-racist responses. And they have offered a different idea of a great America, introducing big policy ideas from the re-enfranchisement of voters to bolstering public education to fighting climate change. In so doing, they are not only speaking to the real concerns of tens of millions of people, but also, and in the process, re-engaging them with the very system of democracy.

There has never before been an effort to build a truly open and diverse democracy, one that is multi-ethnic, multi-racial, multi-gender and multi-religious, and there are blind spots in the process. If anti-Semitism comes up, we should be renewing our efforts to teach about it, and how its language is connected to history. Those links are not always apparent or accessible, even to young Jews. And of course, we Jews, and all people, must learn more about racism, sexism and the ways that we carry prejudice.

There are a lot of conversations that would help bridge these different discourses, or even just connect them. Some need to happen in intra-Jewish and progressive spaces themselves.

But we must also do something together: build many more real and human connections. These would open the door to a “leaning in” rather than a mutually destructive tearing apart. These connections should be animated by our shared aspirations as well as our common fight. Because on the whole, it’s a bold and hopeful project. And I think a hefty dose of goodwill is warranted, and a willingness to stay in the fight and to shape its outcomes.

I know that there are many people on both sides willing to reach and bridge differences, but more must be done. Let’s change that.

Rebecca Neuwirth is director of development for the Brooklyn-based Center for Popular Democracy.