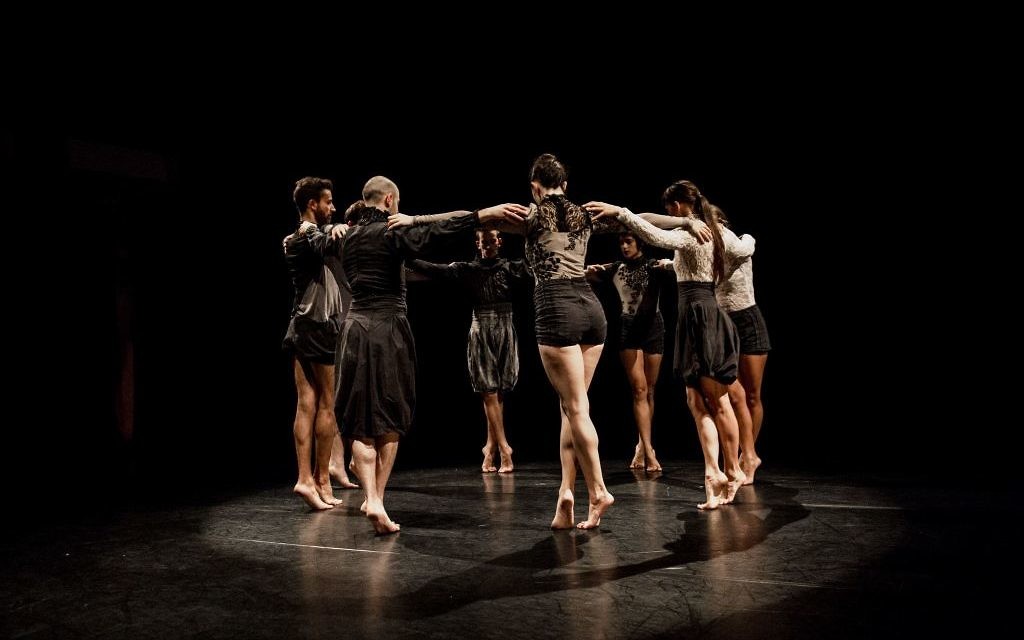 It all begins with a circular movement as the dancers' heads, torsos, then whole bodies spiral. The fluid movements seem to arise from within, reminiscent of the ocean's motion in their crescendo and dip. The short excerpt from the Israeli company Vertigo's "Birth of the Phoenix" is born on the breath, so much so, that when founder/choreographer Noa Wertheim, appears alone on stage to address the audience, she invites the onlookers to breathe along with her.

Last week’s “Vertigo:A Night of Movement and Conversation” was the second of two evenings at the JCC in Manhattan exploring the frontiers and achievements of Israel's contemporary dance scene, widely recognized as one of the country's foremost art forms.The freshness, stamina, invention and musicality that distinguish this movement were all greatly in evidence.

Wertheim informed the audience's experience without limiting it to any literal or precise "understanding" of her "dance language." She spoke of working with themes — these could be physical such as rocking, spiraling, fall and recovery. Themes could also refer to emotional states or human qualities. One such theme is "will," and as soon as Wertheim utters the word, some of her dancers appear lunging forward with determination, pushing through resistance, even as they inevitably must also retreat, held back, as humans often are, by unseen forces.

Wertheim's creative process entrusts a soloist with improvising for long passages before the appearance of another dancer morphs the movement into contact improvisation, a related technique where two dancers work off each other. The audience is hyper-present with every nuance and exchange as the Vertigo dancers climb on and carry one another in sly references to social dynamics. Here, as elsewhere, the engaging music, both lyrical and percussive, overlays the dance, which is originally created to the rhythm of breath and heartbeats.

The work has a sense of humor about itself, gently mocking the Israeli adulation of youth and physical beauty with its attendant preening and strutting. It offers a harmonious mixture of ethnic styles — we see footwork from Israeli folk dance while more than once the dancers gather in a hora-like circle as they maintain the hyper-arched foot stance of ballet.

Wertheim's own story is highly engaging: Emerging from an orthodox upbringing, she discovered dance as a language of self-expression only in her twenties. When her much-loved mother died prematurely of breast cancer, she and her three sisters decided to live, raise children and create collectively. They took over a dilapidated chicken coop on a struggling kibbutz and co-created the Eco Art Village, an environmentally-conscious, educational homestead where among their many nature-oriented activities, they also teach dance as performance art to the disabled.

The JCC audience also saw excerpts from a longer work, “Reshimo." The title is a reference to fleeting, mystical ideas that leave an impression. Vertigo's dancers leave waves in the mind long after their dancing is stilled.

Susan Reimer-Torn is a dance historian and the author of “Maybe Not Such a Good Girl:Reflections on Rupture and Return.”