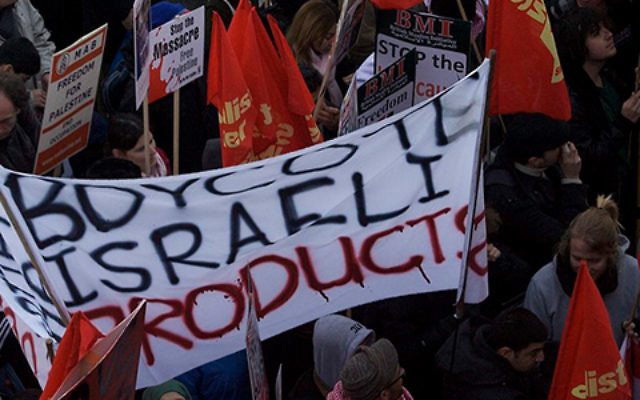 I never knew three letters could hold so much power.

I never knew three letters could spark anger and frustration, only to have that morph into fear.

I never knew that BDS was such an imminent threat.

As a rising senior in high school, I have not yet had to endure the reality of attending a university where the support of the Boycott, Divestments, and Sanctions movement is actively present. Prominent universities such as Columbia, Yale and Harvard, are home to groups like Students for Justice in Palestine, which thrive off the anti-Israel sentiment and are in full support of BDS, which seeks to delegitimize Israel. In my opinion, what is most alarming is the misconception that Jews on college campuses are not at risk of anti-Israel abuse, as some believe that the only threat to Israel is terrorism or war from its neighboring countries. However, the threat of BDS is very real and lies not on the battlefield, but rather on the college campus. 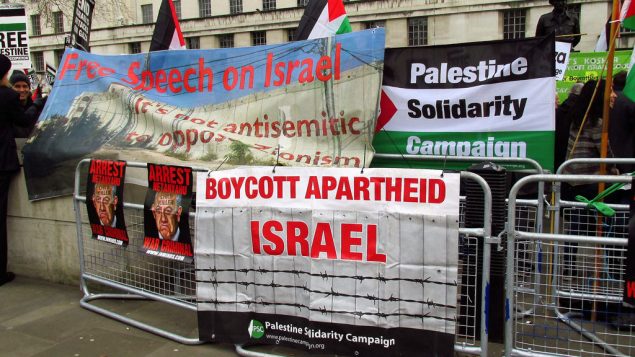 Since 2005, the BDS movement has taken every opportunity to delegitimize and demonize Israel in the public’s eye. Through the promotion of false narratives on the Palestinian-Israeli conflict, the movement clearly holds Israel, and only Israel, to a blatant double standard. Amongst the plethora of fallacies put forth by BDS, I believe the most absurd is that Israel is an apartheid state. A cursory look at the facts, the same facts that BDS so blatantly chooses to ignore, proves such a claim false. While policies in the West Bank have come under criticism, the truth is that those residing in the state of Israel do not live in a repressive system. Israel is a thriving democracy with minority groups such as Arabs and Ethiopians being about to make demands on the government. Moreover, Israel’s Supreme Court has had an Arab justice, Israel has also had plenty of diplomatic seats filled by Arabs, and in the current Israeli parliament the third largest party in the Knesset is the Joint Arab List. These examples alone prove BDS ludicrous for comparing Israel to actual places of apartheid, such as South Africa. Yet, despite the overwhelming facts against their claim, BDS is adamant in promoting their idea of Israel being an apartheid state.

“For a college student hoping to aid in the restoration of peace in the Middle East, this deception poisons any sort of discourse, regarding Israel, they may engage in.”

Adding to the threat of BDS is the many pro-Palestinian groups on college campuses that claim to advocate for peace. “Definitely, most definitely [the Boycott Divestments and Sanctions movement] opposes a Jewish state in any part of Palestine. No Palestinian, rational Palestinian, not a sell-out Palestinian, will ever accept a Jewish state in Palestine,” said Omar Barghouti, co-founder of the BDS movement. It is not within the beliefs of the BDS movement, or anyone part of the movement for that matter, that Israel should be the Jewish state, let alone exist. Since Palestine is drawn from the Mediterranean Sea and to the Jordan River (Israel’s current state), Barghouti is essentially calling for the total destruction of Israel, in order to be replaced by Palestine.

However, the words so eloquently stated by the co-founder of the BDS movement is not part of the material campaigned distributed to college students by both the BDS movement and pro-Palestinian groups. Members of the movement misrepresent themselves by stating, “the BDS movement does not advocate for a particular solution to the conflict and does not call for either a ‘one-state solution’ or a ‘two-state solution.’” For a college student hoping to aid in the restoration of peace in the Middle East, this deception poisons any sort of discourse, regarding Israel, they may engage in. They may view the BDS movement as an objective source for the Palestinian-Israeli conflict and a source with no agenda except fighting for peace.