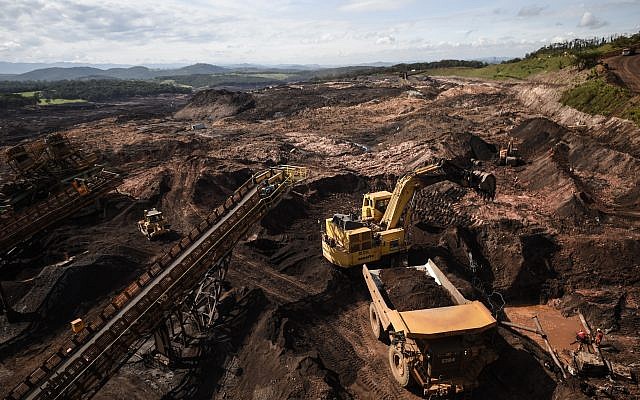 Firefighters use heavy machinery during the search of victims, 20 days after the rupture of a tailings dam of mining company Vale in Corrego do Feijao, near Brumadinho, in the Brazilian state of Minas Gerais. DOUGLAS MAGNO/AFP/Getty Images

On Friday, Jan. 25, disaster struck near the small town of Brumadinho, Brazil when one of the dams at Vale’s Corrego do Feijao iron ore mine burst, covering the community with sludge. Vale, a multinational mining corporation, used this dam to deposit byproducts of their mining operation. Fear of a second dam bursting in the area led firefighters to evacuate residents of Brumadinho, but as of that Sunday, that was no longer a threat. Initially, 24,000 people were to be evacuated; however, that number was lowered to 3,000 people. This catastrophe resulted in 99 deaths and placed 250 people in unknown whereabouts, as of Jan. 31.

On the night of Sunday, Jan. 27, just two days after the catastrophe, the Israeli Home Front Command delegation arrived at the scene to conduct a search and rescue mission. The delegation consisted of 130 Israeli soldiers and 70 reservists, including firefighters, doctors, engineers, search and rescue personnel and ZAKA, Israel’s emergency rescue service. Home Front Command provided emergency warehouses, tents, generators, food rations and other services. The Israeli rescue team encountered challenges during their mission. They worked with the standard advanced technology for a search and rescue mission, such as heat sensors, to locate injured people. However, since they were searching for cold dead bodies, the equipment proved useless. IDF Major Tamir Hazan gave an extensive report on the mission:

“We had to figure out, how does the mud behave? Could people have been dragged by it to different places, or were they immediately buried? … The work itself is hard – there are no tools that can tell you a body is there … there’s nothing we can do – there are bodies buried one, two or three meters under the mud.” 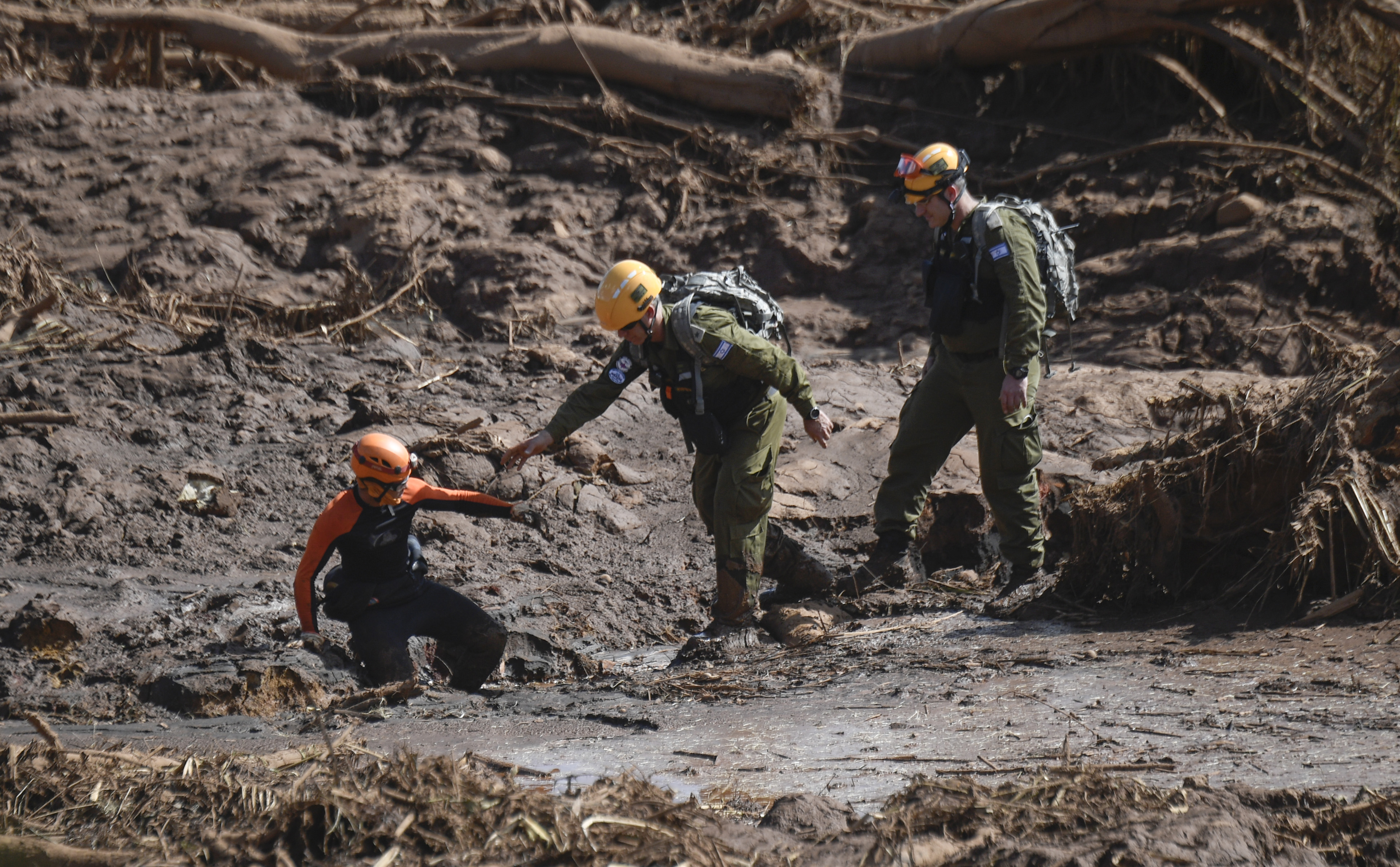 Members of the Israeli rescue unit arrived to assist firefighters in the search for victims, four days after the collapse of a dam at an iron-ore mine belonging to Brazil’s giant mining company Vale. MAURO PIMENTEL/AFP/Getty Images

ZAKA resorted to other measures of locating people, including using cell signals, devices that float in water, ropes to clear debris, underwater sonar devices, drones to obtain aerial views and rescue dogs. Citizens with missing relatives joined rescue teams to find and bury their loved ones. The IDF completed their rescue mission on Thursday, Jan. 31.

In November of 2018, the UN accepted the Home Front Command as a member of their International Search and Rescue Advisory Group, and this rescue mission in Brazil was the first time the group operated under the UN. Israel was the only country to send an official delegation to help Brazil manage the calamity that resulted from the dam collapsing. Yehudah Meshi-Zahav, ZAKA chairman, announced that it is “a moral obligation to offer help and assistance to all those in need, regardless of religion, race or creed… This is part of our mission to sanctify the divine name and Israel around the world.” Eduardo Bolsonaro, son of the Brazilian president, expressed his gratitude for Israel in a tweet that reads, “Israel does this because it is a friendly country. It was always around, but was always mistreated by former governments.”

The cause for the dam’s collapse remains disputed, but the residents and government blame Vale for the disaster. In 2015, there was another Vale dam collapse in Brazil that killed 19 and contaminated the rivers, strengthening the case against the mining company. The government ordered Vale to suspend operations at Corrego do Feijao and froze Vale’s assets. Beyond that, the mayor of Brumadinho is considering fining Vale $26.6 billion. On Tuesday, the government issued seven search warrants against Vale employees and arrested five employees, two of whom were managers, and two engineers. The Vale chief responded that the company employees adhered to all safety regulations and were not at fault for the collapse. Vale vowed to pay $26,600 to each family that lost a loved one in the devastation and to pay additional taxes to the government.

On Wednesday, Jan. 30, UN human rights experts called for an investigation into the collapse and advised the Brazilian government to prioritize dam safety evaluations. Gustavo Canuto, Brazil’s regional development minister, reported 4,000 dams at risk of damage. The government must now assess various dams and repair the most unstable ones as a priority to prevent another calamity.