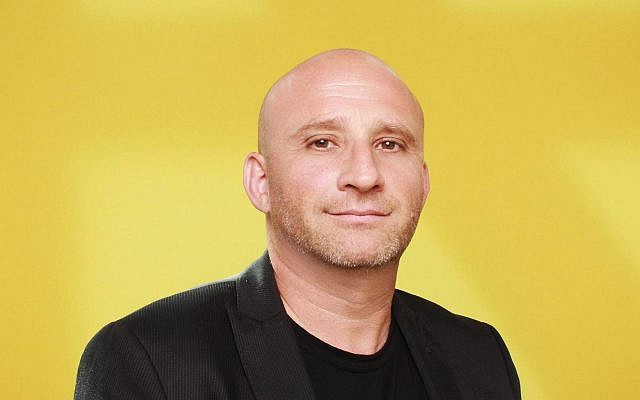 Jerusalem — More than three years ago Daniel Shaked and his wife made a difficult decision: they moved from Israel to Silicon Valley with their two teenagers to found Home 365, a technology-driven property management start-up company.

“This is the holy grail of the tech industry. It’s where the tech investors and the knowledge and expertise around building global companies is. It’s where the markets and the capital are. If you want to be in the major league, this is where it will happen,” Shaked said.

Unlike many of the tens of thousands of Israelis who live in Silicon Valley, the family hopes to move back to the Jewish state someday.

“We’re very connected to Israel,” said Shaked, who was a lieutenant colonel in the IDF. “Our families are there.”

In the meantime, they are building a life in California. “It’s the Hollywood of start-ups,” Shaked said. “We’re here for professional reasons.”

The higher wages and better job opportunities Israelis enjoy abroad, coupled with job shortages back home, are exacerbating Israel’s longstanding brain drain, a new study reveals. The study, “Leaving the Promised Land – A Look at Israel’s Emigration Challenge,” tries to pinpoint why Israel is losing its best and brightest citizens.

“When we talk about a brain drain, you can see it very strongly in the very people Israel needs the most,” Dan Ben-David, the study’s author and head of the nonpartisan Shoresh Institution for Socioeconomic Research, told The Jewish Week.

While the percentage of Israelis who leave permanently is relatively low, Ben-David said, “when you zero in on physicians, professors and high-tech manufacturing professionals, the problem starts becoming very severe.”

Though Israel has suffered from a brain drain for decades, Ben-David said, the government’s unwillingness to build more hospitals and universities is keeping doctors and academics abroad.

Ben-David’s study found that the better educated an Israeli is, the more likely he or she will be to emigrate due to employment considerations. In 2014, for every Israeli with an academic degree who returned to Israel after living abroad, 2.5 left. The number of those leaving rose to 4.5 in 2017.

The shortage of physicians and hospital beds has led to intense overcrowding. Meanwhile, hundreds of Israeli physicians work abroad, for higher wages.

Despite the fact that Israel is much wealthier today than even 10 years ago, “the money doesn’t go to reduce congestion in hospitals, which is the highest in the developed world,” Ben-David said. “The mortality rate from infectious disease has doubled in the past 20 years. It’s off the charts.”

Given that only 130,000 Israelis out of a population of 9 million are physicians, academics, engineers and the like, “if a critical mass leaves we’ll have an even bigger problem,” he said.

Much of the country’s brain drain can be traced to Israelis who go abroad to study and never move back.

“We expect everyone with a Ph.D. to go abroad [for a post-doc] and broaden their horizons,” said Yishai Fraenkel, director general of the Hebrew University and a former vice president at Intel.

Fraenkel, who himself lived abroad for four years but always planned on returning home, believes Israelis benefit from gaining a new perspective.

“No one wants all Israelis to work in Israel,” he said, because working abroad “promotes an exchange of ideas,” a vital thing for a small country like Israel.

“The pity isn’t that so many Israelis go abroad to pursue post-docs and fellowships. It’s that we don’t see more return and welcomed back into the Israeli economy. We’ve lost some very good people, mostly to North America.”

Fraenkel believes Israeli universities could be doing much more to retain local talent. But to make this a reality, he said, the government must prioritize higher education and the creation of many more jobs in the sector.

“The benefits to the country would outweigh the financial investment,” he asserted.

Fraenkel is also confident the high-tech sector can do more to boost employment.

“I think Israeli subsidiaries of multi-national companies could be doing a better job of landing more interesting and more lucrative projects to Israel. We saw this at Intel,” which employs more than 11,000 people in Israel.

Israel-based tech marketer, speaker and entrepreneur Hillel Fuld said Israel-based start-ups can insist on retaining R&D jobs in Israel, even if they are acquired.

“There is no need to relocate the entire company,” Fuld said.

“The acquiring company wants Israeli technology, and there is often enough leverage to keep the operation here, provided that sales and marketing is in the U.S.”

Fuld cited a rumor that both Google and Facebook wanted to acquire Waze, the made-in-Israel navigation giant, and that Waze’s founders chose Google because it agreed to keep some of its operations in Israel.

Mobileye and Wix have also managed to keep much of their workforce in Israel, Fuld said. “There are precedents.”

Avi Schroeder, an associate professor of chemical engineering at the Technion, Israel’s institute of technology, is one of the lucky ones. He was able to find meaningful work in Israel following a post-doc at MIT.

“It’s really important that people spend some time abroad, even though we have very good science in Israel,” Schroeder said. “MIT and Harvard are science powerhouses. You have people from all around the world coming together.”

Unfortunately, the expectation that everyone with a Ph.D. must spend time outside Israel hurts female scientists, Schroeder said.

One of the reasons is their husbands’ reluctance to pick up stakes and possibly hurt their own career path. The price of maintaining a Jewish lifestyle in the U.S. can also be a factor.

Schroeder and his wife said they moved back to Israel “because our family is here and this is where we want to raise our children. It’s home.”