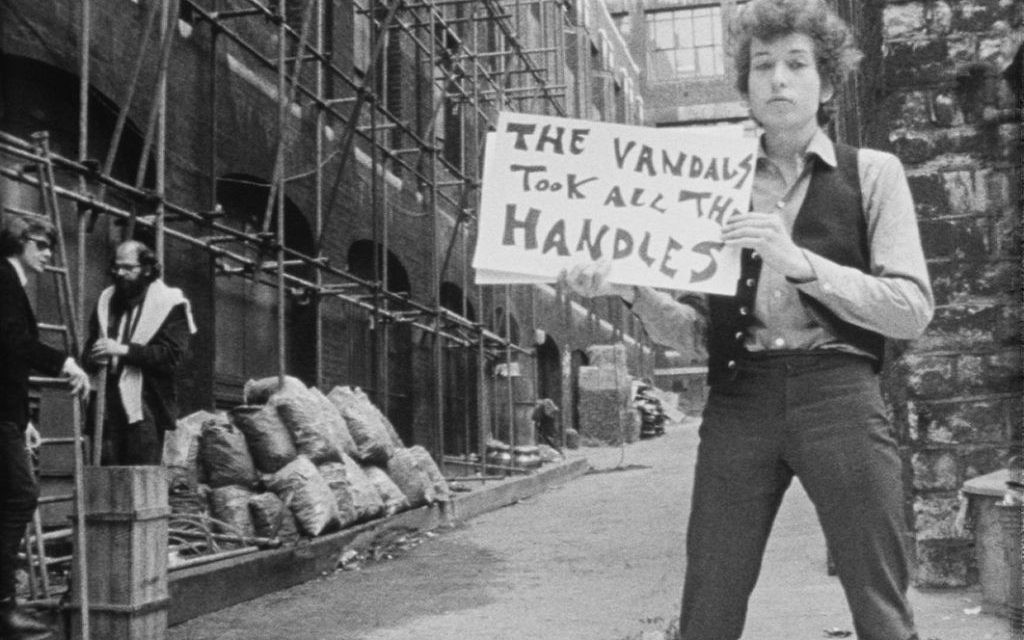 Most of the songs on Bob Dylan’s new album, “Fallen Angels,” were new when he was young. Music was beyond categories in those days, seamless in his mind, Tin Pan Alley coexisting with fiddles at a barn dance. The Grand Ole Opry came through radios as big as furniture on Saturday nights. Dylan, who later infuriated folk purists when he “went electric,” grew up at a time when Opry folks were infuriated that Opry guitars went electric. When Dylan was young not even drums were allowed on the Opry’s hallowed stage.

Bob Dylan turned 75 this week, or next, if you go by the Jewish calendar or Dylan’s own penchant for darting between facts. Shabtai Zushe Ben-Avraham, the name by which he’s known in Heaven, was born on a different planet — Duluth in Minnesota’s iron ore region, 1941. It might as well have been Krypton, a distant twinkling in the night sky, imagined from a 21st-century rooftop. He came into this world before Pearl Harbor, before Auschwitz opened, a time when the American songbook was still being born.

In 1963, 18 years after Auschwitz closed, Dylan surely was the first and still that rare prominent singer to sing about the Holocaust in concert halls: “Though they murdered six million, in the ovens they fried.” College kids sang that in dorms, years before the first Holocaust Studies program in America. Dylan always wanted to write songs like “Long Black Veil,” songs written as if from the Other World.

The Duluth, Missabe and Iron Range Railway cut across and ran alongside rural roads. Dylan later wrote, the sight, whistles and rattling of trains “always made me feel secure. The big boxcars, the iron ore cars, freight cars, passenger trains, Pullman cars. There was no place you could go in my hometown without at least some part of the day having to stop at intersections and wait for the long trains to pass.”

In Hibbing, north of Duluth, where the Zimmermans moved, being Jewish meant being confident, tough enough to be different. His parents were presidents of the local B’nai B’rith and Hadassah, and he grew up kosher, in a home that knew tefillin and Yiddish. He was sent to the religious Zionist Camp Herzl.

Years later, Dylan would tell of the time he was invited to the home of Johnny Cash, along with Kris Kristofferson, Joni Mitchell, Graham Nash and several members of the Carter Family, the first family of front-porch mountain music.

Dylan wrote in “Chronicles,” his memoirs, “Johnny’s big fireplace was blazing and crackling.” Everyone gathered in the rustic living room with “high wooden beams and wide plate-glass windows that overlooked a lake.” A guitar was passed around. Dylan sang “Lay Lady Lay,” wondering what anyone would say.

The silence could have been cut with a knife. Then Dylan joked about Malcolm X explaining why Black Muslims don’t eat pork or ham. “No,” said Dylan, “I don’t eat something one-third rat, one-third cat and one-third dog.”

Cash doubled over in laughter, as did the rest, Carter possibly the exception.

Dylan first arrived on a snow-packed corner of Bleecker and MacDougal in a fierce winter. He could take the cold. After all, he later wrote, “I’d started out from the frostbitten North Country, a little corner of the earth where the dark frozen woods and icy roads didn’t faze me. I could transcend the limitations.” He made pilgrimages to Woody Guthrie, confined to Brooklyn State Hospital.

Dylan married Sarah, a Jewish woman, and in their home kept a Tanach (Hebrew Bible) on a shtender (the Yiddish word for a one-man bookstand usually used to hold a siddur or holy text). He bar-mitzvahed his sons in Israel, and his daughter has an Orthodox family. The first line of “Forever Young” (“May God bless and keep you always”) is from a father’s Shabbos blessing for his children.

But Dylan was always reinventing himself, even changing his voice at times. Yiddishkeit could seem as distant as a whistle on an unseen freight. He made two Christian albums, divorced and intermarried when he remarried, and reinvented himself again, studying with Chabad.

In 1983, Dylan wrote “Neighborhood Bully,” the most passionate, stinging advocacy of Israel’s situation ever written: “He’s not supposed to fight back, he’s supposed to have thick skin / He’s supposed to lay down and die when his door is kicked in / … He knocked out a lynch mob, he was criticized / Old women condemned him, said he should apologize / Then he destroyed a bomb factory, nobody was glad / The bombs were meant for him. He was supposed to feel bad.”

In the spirit of Sandy Koufax, but without the publicity, Dylan took leave of a concert tour to go to an Atlanta Chabad on a recent Yom Kippur. He was given an aliyah; well, not Dylan, Zushe ben-Avraham was called for Shishi, and said the blessings flawlessly, reported Chabad.org.

Turn 75, everything seems long ago. May is also the 50th anniversary of “Blonde on Blonde,” when “inside the museums, infinity goes up on trial.” Dylan arranged for his papers to be archived alongside Guthrie’s in Oklahoma. On 116 Prince St., in the Morrison Hotel, a gallery not far from Dylan’s old Village apartment, is an exhibit of 18 photos, stills from the iconic film “Don’t Look Back,” documenting his 1965 tour of England. The stills are for sale, starting at $1,800, as are several Marine Band harmonicas, signed by Dylan in black marker, starting at $5,000.

Almost half of the photos are from the video for “Subterranean Homesick Blues,” with Dylan in an industrial alley flipping placards holding lyrics. On the far side of the alley, Allen Ginsberg is surely wearing a tallis. No, it’s a sweater.

All these years later, is anything like it seemed?