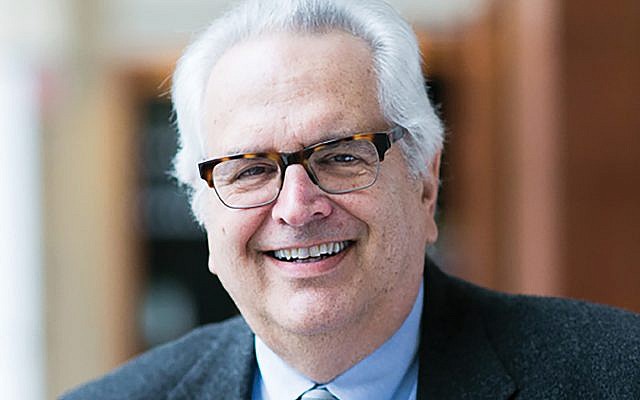 A few weeks ago I attended the presentation of a Chumash (Bible) to my grandson, as he proudly commenced studying Torah. Just prior to the event the school’s principal called up an elderly man whose great-grandson was a classmate of my grandson. And the principal asked the great-grandfather to repeat what he had told the principal earlier. The elderly man, in a frail voice, a survivor of the Holocaust camps, said, “We’ve won.”

As I write this, it is the 10th anniversary of my father’s death, a day for introspection, so I am pondering if we truly won.

Born in 1948, I am part of the baby boomer generation, and while I was not a macher, I played a role, albeit a small one, in both my Orthodox community and the broader American Jewish world.

But did my generation of American Jews win? Can we with self-satisfaction say, as the Holocaust survivor did, that “We’ve won”? I can understand his feelings of triumph and he is entitled to them, but am I entitled to feel that we’ve won?

Certainly, the broader American Jewish community can be boastful of its support for the State of Israel from the Six-Day War (after which support for Israel became unequivocal) up until the majority of Jews (enthralled with their self-identification with the Democratic Party) supported the U.S. treaty with Iran. (As Gary Rosenblatt noted in a recent column, it is no wonder that many Israelis do not care much for us American Jews, a group that supported a deal that was structured to merely postpone, not eliminate, Iran’s emergence as a nuclear power; an Iran that openly avows its lust for the annihilation of the state of the Jews.) And American Jews can be proud of their role in the struggle to rescue Soviet Jewry.

Our generation can perhaps boast of the slew of Holocaust memorials, but is this really such an achievement? Telling our children “Never again” became a substitute for “Be a proud Jew.” Is that what we communicated — that we must stay Jewish because the Nazis tried to kill us? Imagine if Hitler had tried to kill all of the chess players in Europe. Should we then feel compelled to teach our children how to play chess? And perhaps we even scared away some Jews from identifying with us, since emphasizing the Holocaust is a reminder that being a Jew can be dangerous. It should come as no surprise, then, that after World War II many Jews hid their identity as Jews from their children (think of former Secretary of State Madeleine Albright).

But I think that the real reason our generation must be ashamed of itself is that half of our grandchildren and great-grandchildren likely will not be Jewish. A few million Jews lost.

I think we’ve lost. And I think I know why. Take a look at the only resurgent group of American Jews, the Orthodox. They knew that priority one, two and three was Jewish education. But when this issue was raised eons ago at federations, support for day schools was deemed too prohibitive. And so as a community we did other (good) things.

But we dropped the ball on Jewish education, and not just on day schools. Jewish education is any program that imparts knowledge of Jewish religion, history and culture. There were standouts: the Melton program and the Meah program in Boston, which was modeled on the Wexner Heritage program, are exemplars of adult Jewish education. And the greatest achievement was Birthright Israel, sending so many Jewish young people on free trips to the Jewish state. But did even 10 percent of non-Orthodox Jewish funds go to educating Jews about who we are?

And so millions of American Jews seem destined to disappear. Could the allure of American acculturation have been resisted? I don’t know. But we didn’t even try.

And voices were raised at federation meetings. I myself decried the inability of a great organization such as the American Jewish Committee to commit to school vouchers (so that government funds would have effectively gone to day schools). That would have greatly enhanced the number of children receiving an intense Jewish education, and perhaps ensured that in 20 years’ time a group like AJC would have knowledgeable future members.

Our generation did not win. Even today, there are pundits with prescriptions for new ways to deal with the acculturation crisis. But unless there is, at the core, Jewish knowledge of whatever type being imparted to Jews, it is, I fear, a waste of effort.

And so I return to my mantra. We’ve lost, I predict, at least half of American Jewry.

But I take solace from the fact that every prediction I’ve made in the past has not come true. I thought the charedi world would treat women better, as the women began emerging as the bread winners in their communities. It is not happening. And I was wrong in thinking that the Israeli Chief Rabbinate would ease up on conversion standards to accommodate the many Soviet Jews who were not halachically Jewish.

So let’s hope I’m wrong in my fears that half of American Jewry will disappear. For once I’ll be delighted to be in error.

Joseph R. Rackman is a partner in the New York law office of Hogan Lovells.