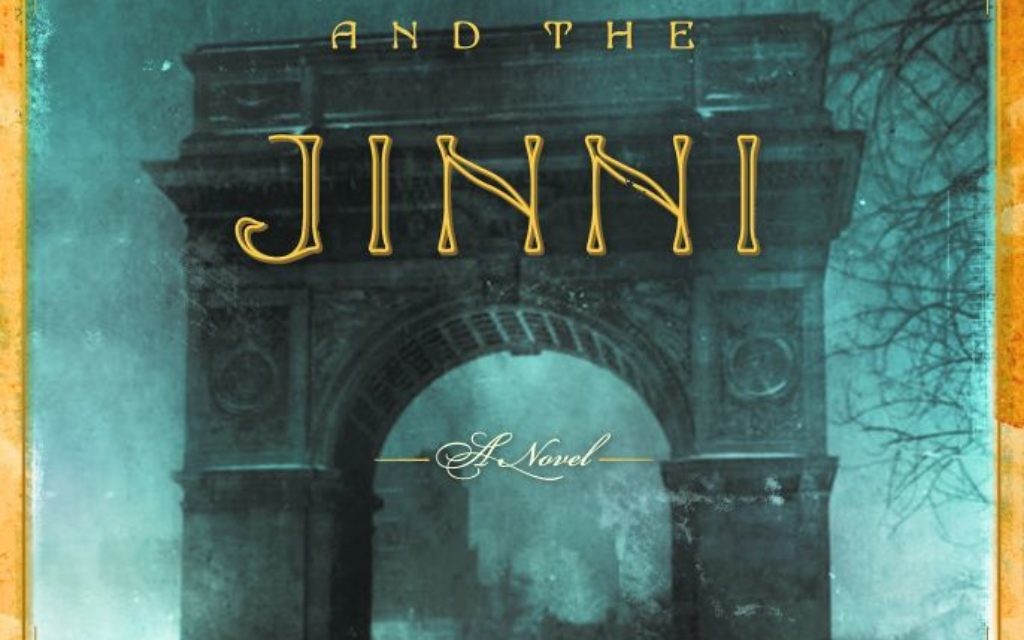 Alexander Stille is the author of the remarkable non-fiction works “Benevolence and Betrayal” and “The Future of the Past.” In his latest work, “The Force of Things: A Marriage in War and Peace” (Farrar, Straus and Giroux), he turns his lens to his parents and their very different family backgrounds. His father, the noted Italian journalist Ugo Stille, descended from Jews in Czarist Russia; his mother was an American from the Midwest. Their story provides a view of the 20th century and its social changes. As he describes their first meeting, “One evening in May 1948, my mother went to a party in New York with her first husband and left it with her second, my father.” (Due out later this month.)

“Israel Has Moved” (Harvard University Press) by Diana Pinto is a portrait of the nation in the 21st century, when it “has changed its geographic and temporal references, its political horizons and its cultural givens.” Pinto, an intellectual historian and policy analyst in Paris presents a country that is moving both forward and backward; she combines reporting and analysis about the economy, religion, science and technology, and the mindset and hopes of contemporary Israelis. (February)

“Lady at the O.K. Corral: The True Story of Josephine March Earp” by Ann Kirschner (Harper) is the biography of the Jewish woman from New York who became the common-law wife of the most famous lawman of the Old West, Wyatt Earp, the only man to emerge unharmed from the Gunfight at the O.K. Corral. She was an aspiring actress and dancer when she met Earp, and then went on to spend five decades adventuring, from New York to Arizona and Hollywood. (March)

“Jewish Megatrends: Charting the Course of the American Jewish Future” by Sidney Schwartz (Jewish Lights) is a forward-thinking look at the Jewish community. Schwartz, a rabbi and consultant to synagogues and organizations, presents his ideas for bringing younger Jews attracted to Jewish values — and not necessarily preoccupied with intermarriage and anti-Semitism — into Jewish organizations. The book includes 13 essays in response by Jewish leaders. (March)

On the cover of “Russ & Daughters: Reflections and Recipes from the House That Herring Built” by Mark Russ Federman, with a foreword by lox aficionado Calvin Trillin (Schocken), there’s a sesame bagel with lox, a schmear of cream cheese, capes and red onion. This memoir and cookbook tells the history of that classic sandwich and other flavorful delicacies of the sea, as well as the history of this Lower East Side store founded in 1914 and the family behind it. The author, the grandson of the founder of the business, turned it over to the fourth generation, his daughter and nephew, in 2009. (March)

Patricia Volk’s latest book is a memoir, “Shocked: My Mother, Schiaparelli, and Me” (Knopf), that links the lives of the Italian fashion designer Elsa Schiaparelli and her mother, Audrey Morgen Volk, a glamorous woman who worked in the family’s restaurant. The author credits these two very different women, each very opinionated, with inspiring her own ideas about personal style and womanhood. Volk, the author of “Stuffed,” about growing up in a New York restaurant family, again portrays her family with great humor and love. (April)

Victor S. Navasky, longtime former editor and publisher of The Nation, looks at the emotional power of political cartoons and caricatures and their capacity to enrage, offering theories and many examples — including the work of David Levine, Herblock, George Grosz, Al Hirschfield and others — in an extensively illustrated book, “The Art of Controversy: Political Cartoons and Their Enduring Power” (Knopf). (April)

The latest title in Yale’s “Jewish Lives” series, “Franz Kafka: The Poet of Shame and Guilt” by Saul Friedlander (Yale University Press) probes many aspects of Kafka’s life, like Judaism, family, love, illness and despair, that have not been readily accessible because of issues of censorship. Friedlander returns sections of Kafka’s letters and diaries that were deleted after his death. A distinguished historian of the Holocaust, Friedlander is a professor emeritus at UCLA. (April)

“Helga’s Diary: A Young Girl’s Account of Life in a Concentration Camp” (Norton), with an introduction by Francine Prose, is the diary of Helga Weiss, who witnessed Nazi brutality from her home in Prague in 1939 as an 11-year-old, and recorded her impressions. She continued writing even when she was deported to the concentration camps of Terezin. When she was sent to Auschwitz, her uncle hid the diary along with her drawings in a brick wall and retrieved them after the war. She is one of few children to survive Auschwitz. Even with all the books that have been published, this one, with its immediacy and child’s point of view, is hard to forget. It is now appearing in English for the first time, translated by Neil Bermel. Weiss is an artist in Prague, living in the house in which she was born. (April)

“The American Sun and Wind Moving Picture Company” by Jay Neugeboren (Texas Tech) is set in the days of silent movies, beginning in Fort Lee, N.J., in 1915, where a Jewish family is making films. In a wild journey full of magical and real events, the son of a moviemaker travels cross-country, crossing paths with movie greats. (February)

Michael Lavigne’s novel “The Wanting” (Schocken) opens with a bus bombing in Israel, with a head flying by. The narrative then follows three characters in the aftermath: a Russian-born architect, his teenage daughter and the suicide bomber. Events in the present and flashbacks portray the Middle East and former Soviet Union. (February)

Acclaimed Israeli novelist A.B. Yehoshua has written his most personal novel yet, “The Retrospective” (Houghton Mifflin Harcourt). Yehoshua, who has been writing for 50 years, is the winner of major international literary prizes and the author of many novels including “Mr. Mani” and “A Journey to the End of the Millennium.” Set in Spain and Israel, this new novel explores the relationships between an aging film director, his screenwriter and longtime leading actress and muse. Their lives, connections and the decisions they’ve made raise intriguing questions about forgiveness and reconciliation, religion and art, memory and transformation. (March)

Austin Ratner, winner of the Rohr Prize for Jewish Literature for his novel “The Jump Artist,” has written a new novel about familial love across two generations of a Cleveland family whose members are deeply influenced by a serious of premature deaths. “The Land of the Living” (Reagan Arthur/Little Brown) is based in part on Ratner’s own experiences of loss in early childhood. (March)

Tova Reich’s new novel “One Hundred Philistine Foreskins” (Counterpoint) is layered with allusions to Jewish literature and history. At the center is a feminist rabbi, renowned for her teaching, advice and insight, sought out by seekers and dreamers of all backgrounds. With bold satire, she writes of religious fanaticism and the religious establishment. (March)

A first novel by an editor of crime fiction at a leading Israeli publishing house, “The Missing File” (Harper) kicks off a new series featuring the police inspector Avraham Avraham, who works in quiet suburban Tel Aviv. His usual theories of crime solving are challenged by the disappearance of a 16-year-old boy on this way to school. The author, D.A. Mishani, is also a literary scholar specializing in the history of detective literature. (April)

In Jennifer Gilmore’s new novel, “The Mothers” (Scribner), a couple turn to adoption after years of struggling to have a child. Drawing on her own experience, the author shows the complications and disappointments of adoption, and the possibility of happiness. (March)

“Jacob’s Folly” by Rebecca Miller tells the story of an 18th-century French Jewish peddler who is reincarnated as a fly in contemporary Long Island. The author, who is also a filmmaker, examines the peddler’s connections with an American couple and a young ultra-orthodox Jewish woman. (March)

Inspired by the true story of her Lithuanian great-grandmother Jenny Lipkin and her gambling husband, Amy Shearn has written a novel about a contemporary mother trying to put her life back together after her husband, a compulsive gambler, mysteriously leaves. Jenny, also the name of the character, finds an ally in an unlikely pal, a Russian mermaid. Shearn transposes her great-grandmother’s strength and spunk to present-day Park Slope, in “The Mermaid of Brooklyn” (Touchstone). (April)

“The Golem and the Jinni” (Harper) is a debut work of historical and magical fiction by Helene Wecker. This is an immigrant story set in the late 1800s, bringing together Jewish and Arabic folklore and mysticism. (The author, who is Jewish, is married to a man of Syrian descent; both she and her husband are children of immigrants.) The man who had Chava, the golem, created dies at sea on his way to America, and Chava meets up with a jinni named Ahmad. While it’s not a romance, they form a strong bond. (May)

A graphic novel “The Property” by Rutu Modan and Jessica Cohen (Drawn & Quarterly) describes a grandmother’s trip to Warsaw with her granddaughter, and their hope to reclaim family property that was lost during World War II. (May)