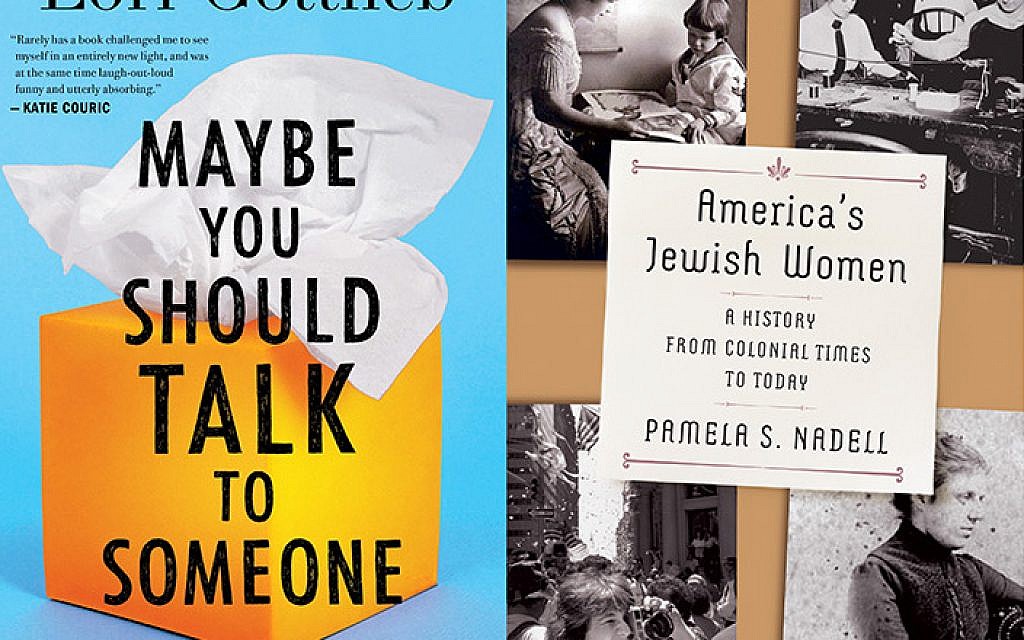 “The Dark Young Man” by Jacob Dinezon, translated by Tina Lunson (Jewish Storyteller Press), is the first English translation of this 1877 novel of romance, assimilation and intrigue that is considered the first best-selling Yiddish novel. (February)

Set among immigrants from the FSU in South Brooklyn, with news of events back home and in their new home always pressing, Irina Reyn’s “Mother Country” tells an urgent story of a mother and daughter separated by borders (St. Martin’s). (March)

“Kaddish.com” by Nathan Englander (Knopf) is a comic and compelling story of an atheist son’s scheme to hire someone to say kaddish for his late father. Englander writes knowingly of the secular and religious worlds. (March)

Andrew Ridker’s debut, “The Altruists” (Viking), is a darkly funny family portrait — an inheritance story with an unusual twist — with characters inspired by the author’s love of great 20th-century American novelists like Roth and Bellow, pulled into the 21st-century. (March)

“Wunderland” by Jennifer Cody Epstein (Crown) is a work of historical fiction, set in 1933 Berlin and years later in New York City; it’s a story of friendship, betrayal and inherited trauma inspired by the true story of a former Hitler Youth. (March) 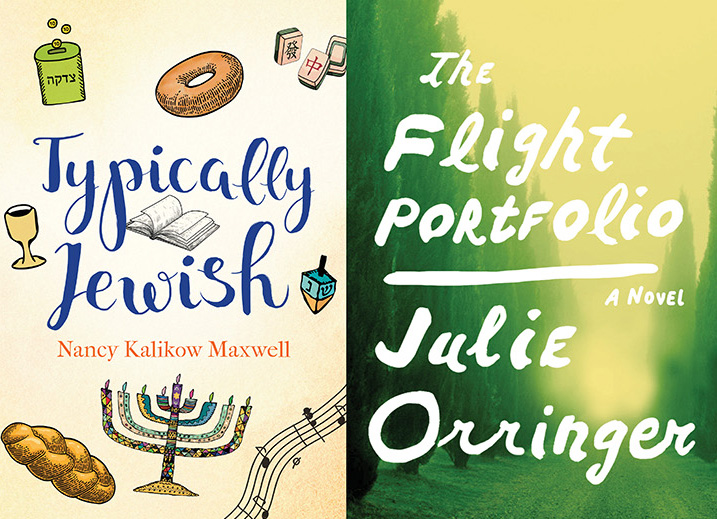 A debut novel written with deep feeling, “The Limits of the World” by Jennifer Acker (Delphinium) is a cross-cultural family saga in which secrets are unfolded, challenging relationships, understanding and ethics. (April)

“Maybe You Should Talk to Someone: A Therapist, Her Therapist and Our Lives” by Lori Gottlieb (Houghton Mifflin Harcourt) unveils the therapeutic process from both sides, showcasing shared humanity and resilience. For Gottlieb, seeing a therapist when she was going through difficult times gave her more compassion and admiration for her patients. (April)

Julie Orringer’s much-anticipated novel “The Flight Portfolio” (Knopf) is based on the true story of Varian Fry, an American journalist who helped rescue thousands of Jewish refugees during World War II, including many artists and writers. Set in France and opening at the Chagalls’ home, the novel is filled with suspense, history, art and a love story. (May)

“Mistress of the Ritz” (Delacorte) by Melanie Benjamin is set during World War II, inspired by the courageous story of Blanche Azuello. A Jewish-American woman who created a new identity for herself in Paris, Azuello worked undercover for the French Resistance and played hostess at the Ritz Hotel, serving Nazis. (May) 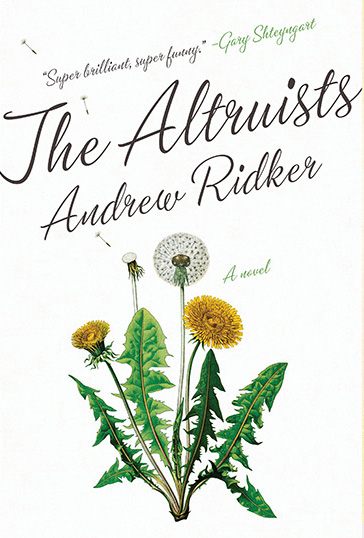 Also based on extensive research into true events — the massacre of a French village in 1944 — Armando Lucas Correa’s “The Daughter’s Tale” (Atria) is set between New York City and Berlin, unfolding a story of family, love, sacrifice, survival against odds and reckoning with the past. (April)

Julie Zuckerman’s debut, “The Book of Jeremiah” (Press 53), is a novel of stories full of rich imagery. It spans the life of a regular guy named Jeremiah — son of Jewish immigrants, professor of political science, husband, father — over eight decades, showing his determination, missteps and inspiring humanity. (May)

“Prince of the Press: How One Collector Built History’s Most Enduring and Remarkable Jewish Library” (Yale) is Joshua Teplinsky’s biography of David Oppenheim (1664-1736), chief rabbi of Prague, who assembled an paralleled collection of Jewish books, now held in Oxford’s Bodleian Library. Teplinsky’s scholarship places Oppenheimer’s remarkable achievement in the context of its time and ours.

A memoir in essays, “The Art of Leaving” (Random House) by Ayelet Tsabari is the artful and absorbing story of the Yemenite-Israeli writer, winner of the Sami Rohr Prize, who has traveled in Southeast Asia and North America and now lives in Tel Aviv. She has been “leaving” places all her life, since her father, died when she was very young. (February)

“Together: A Memoir of a Marriage and a Medical Mishap” (Talese/Doubleday) is Judy Goldman’s tender, candid and powerful account after her husband of 40 years was paralyzed in a botched procedure. (February)

“Savage Feast: Three Generations, Two Continents, and a Dinner Table” by Boris Fishman (HarperCollins) is the appealing, intimate, insightful story of an immigrant family, including the recipes that have defined it. (March)

A son’s account, “Death March Escape: The Remarkable Story of a Man Who Twice Escaped the Holocaust” by Jack J. Hersch (Frontline), tells his father’s story of survival, researched and pieced together after his father’s death.

“I.M.: A Memoir” (Flatiron) delves into Isaac Mizrahi’s early life in the Syrian Orthodox community in Brooklyn, through his many successes as a fashion designer, performer and television celebrity. In a style that’s smart, playful and self-aware, the memoir is full of intimate musings, fashion insight and insider info.

Based on original scholarship, Pamela S. Nadell narrates the connected stories of extraordinary Jewish women who have flourished with a strong sense of self and commitment to social activism in “America’s Jewish Women: A History from Colonial Times to Today” (Norton, March).

Award-winning writer Matti Friedman tells an unknown and significant chapter of Israel’s history, focusing on the contributions of Jews from Arabic-speaking countries. In “Spies of No Country: Secret Lives at the Birth of Israel” (Algonquin), he describes four young Jewish men who were part of an espionage unit called the “Arab section,” organized by the British during World War II, and a precursor to the Mossad. (March)

“The Lion’s Den: Zionism and the Left from Hannah Arendt to Noam Chomsky” (Yale) by Susie Linfield explores how eight public intellectuals wrestled with the philosophy of Zionism, the State of Israel and conflicts with the Arab world. She goes on to examine today’s anti-Zionism on the left. (March)

“Hate: The Rising Tide of Anti-Semitism in France” (Houghton Mifflin Harcourt) by French journalist Marc Weitzmann is a disturbing account that connects the rebirth of French anti-Semitism to global terror. His narrative brings together history, intellectual issues and local reporting. (March)

“Auschwitz: Not Long Ago. Not Far Away” by Robert Jan van Pelt, Miriam Greenbaum and Luis Ferreiro (Abbeville Press) is the catalog of the exhibition opening in May at the Museum of Jewish Heritage. It features hundreds of original objects and images, many on loan from the Auschwitz-Birkenau State Museum, along with personal stories. (April)

“Everything In Its Place: First Loves and Last Tales” (Knopf) by Oliver Sacks is the last volume of previously unpublished essays by the late neurologist. They include “Life Continues,” one of his final meditations on life in the 21st century. Sacks’ immense curiosity, awe and wisdom infuse his prose. (April)

In “Mensch Marks: Life Lessons of a Human Rabbi” (HCI), Joshua Hammerman shares wisdom from many sources, including his own spiritual journey — living with humility in pursuit of doing good and finding holiness in the everyday. (April)

“The Unwanted: America, Auschwitz and a Village Caught In Between” (Knopf) by Michael Dobbs tells the story of a group of German Jews from the village of Kippenheim, expelled and then interned in Vichy France, and in desperate need of American visas to escape. Also the story of America’s response to refugees in the 1930s and 1940s, the book complements the U.S. Holocaust Memorial Museum exhibit “The Americans and the Holocaust.” (April)

In “Alfred Stieglitz: Taking Pictures, Making Painters” (Yale), Phyllis Rose reconsiders the influential figure in early-20th-century photography as a powerful force in the history of American art who passionately nurtured the career of many artists; his own accomplishments are often overshadowed by his role as Georgia O’Keefe’s husband. (April)

In “A Thousand Small Sanities: The Moral Adventure of Liberalism” (Grand Central Publishing), Adam Gopnik asserts a historical and contemporary defense of the liberal tradition, which he sees as the search for radical change by humane measures. (May)

Nancy Kalikow Maxwell’s “Typically Jewish” (JPS) provides an original, down-to-earth, earnest look at pressing questions about identity and culture faced by the Jewish community, looking at the way Jews live their lives. (May)