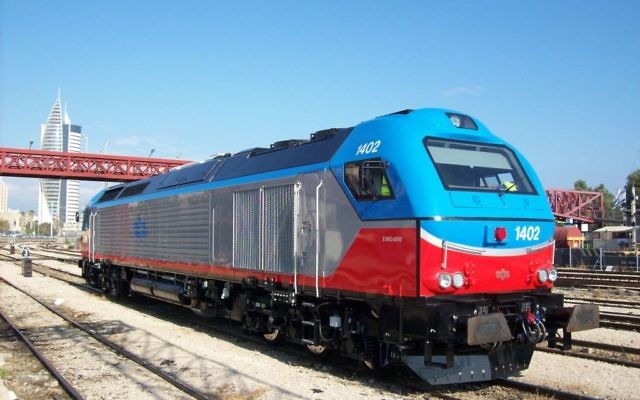 The start-of-weekend greeting Shabbat Shalom can sound sarcastic in Israel these days. For the Sabbath has become characterized by anything but “shalom,” peace: it has become a warzone in time.

On Sunday many thousands of angry commuters found themselves unable to get to work, after Israel Railways kept trains in their sheds along the busiest part of the network, Tel Aviv to Haifa. To them, it was an unjustifiable impediment to the start of the Israeli workweek. Others suggested it was akin to a sanctification of God’s name.

This was no normal railway chaos, caused by bad weather, signaling failures or a strike. Rather, it was a sudden decision to keep Sabbath in accordance with Orthodox religious law on the railway system.

On Friday afternoon, trains had halted as they do every week for the Sabbath, but the crews that perform maintenance work during Sabbath while the tracks are quiet were starting their tasks. Then, a down-tools order arrived from on high — the government had decided that infrastructure work should stop for the duration of the Sabbath.

The ultra-Orthodox parties in the government had been demanding that Sabbath work on the railways was halted, but Transportation Minister Yisrael Katz had been saying no. The demand had sparked a political crisis, with ultra-Orthodox parties reportedly threatening to bring down the government, Prime Minister Benjamin Netanyahu wanting — after failing to achieve compromise — to acquiesce to them, and Katz defiantly refusing.

Late last Friday Netanyahu took control, work was abandoned. It only resumed after the Sabbath ended, and when trains were due to resume. And the scheduled work continued on Sunday, leaving commuters stranded.

More evocative than the commuters, massive numbers of soldiers who return to their bases by train on Sundays after weekends at home also faced woes getting back. For secular Israelis, this pushed a button. There is anger that unlike other Jewish men, ultra-Orthodox men commonly claim exemptions from the army and thus fail to participate in what Israelis call the “sharing of the burden” for national security. Given this sensitivity over army service, any impediment to the lives of soldiers caused by the ultra-Orthodox establishment are seen as causing insult to injury.
It’s understandable that ultra-Orthodox parties want to minimize the work that takes place in Israel on Shabbat. On one level, they see it as a spiritual matter, but on another it is economic.

And while in the realm of the private sector this can enter the tricky territory of religious coercion, the railways which are still nationalized can be seen, in the tradition of state ownership, as the enterprise of all Israelis. It is fair that religious politicians have a say in how they operate, promoting the agenda of those who elected them. So when the Likud lawmaker Amir Ohana declares that “live and let live is a foreign term to the charedi parties,” it’s not really a relevant critique, because they are trying to use political power to impact the running of a state institution. One can’t encourage charedim to take more of a part in society, but exclude their voices when it comes to how the institutions of this society are run.

Moreover, the populist equation that charedim caused the soldiers and commuters to be suddenly stranded on Sunday, the day when everyone is on the move, does not quite add up. OK, some infrastructure had already been unscrewed before the stop-work order came through, but reasonable progress could have been made and things put in place between late Saturday and the start of peak hours on Sunday. Then, work could have been planned for a much quieter day on which soldiers aren’t travelling back to bases and for which alternative transport would have been laid on. Charedim didn’t decide that work would happen on Sunday; railway executives did.
But despite all of this, the charedi parties have acted foolishly. They raised their complaint over the construction of new railway infrastructure, concerned by the upgrade of a Tel Aviv station. Maintenance, such as track repairs, has long taken place on Shabbat, but it was apparently the fact that the Sabbath was being used to develop shiny new infrastructure and not just for maintenance that caused anger. To his credit, Netanyahu tried to hammer out a compromise under which 17 of 20 infrastructure projects would have been moved to weekdays, with just three projects that were viewed as essential and safety-related remaining on Shabbat.

Charedi parties rejected this, and held firm that they wanted a stop to all infrastructure work planned for the Sabbath, and have a rabbinic adviser appointed to decide what essential safety procedures may take place. They got their stop-work order last weekend; it is unclear what will happen this week.

The mainstream public has been left with a feeling that charedi parties have exploited a grievance about new infrastructure to try for new gains in terms of compliance with Orthodox law on the railways. If truly troubled by the new infrastructure, charedi politicians should have transparently outlined a position that they are against new construction on Sabbath while clearly recognizing that other work has long taken place and accepting Netanyahu’s compromise — a compromise that would have minimized increased Sabbath employment on state railways and prevented precedent of new Sabbath. This kind of approach would have shown that mature discussions about religion in the public realm are possible, without degenerating into power struggles in which winner tries to take all — a lesson that Israel politics sorely needs to learn.