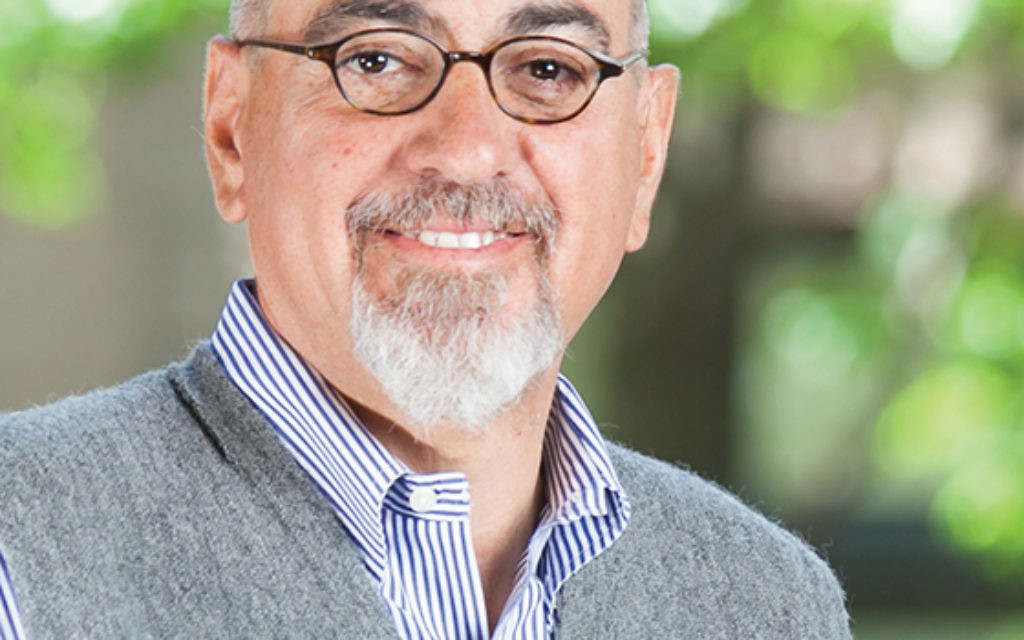 Rabbi Marcelo Bronstein announced recently that he will be stepping down from his full-time position at Congregation B’nai Jeshurun as of June 2017. While he will continue to serve part-time at BJ for three years after that, he plans to work as a mindfulness teacher, based mostly in Costa Rica. He’ll return to New York monthly and for the High Holidays.

Born in Argentina, Rabbi Bronstein, 61, and his wife Karina Zilberman have built a house in La Ecovilla, Costa Rica, in the mountains between San Jose and the Pacific. Rabbi Bronstein, also a clinical psychologist, plans to continue to lead mindfulness retreats in the Costa Rican countryside, as well as practice spiritual coaching and pastoral counseling via Internet platforms. He also plans to spend more time in Israel. This isn’t retirement,” he says. “I want to dedicate the rest of my rabbinate to help people go deeper into their souls, to find their own meaningful connection with the tradition.”

Q: How do you explain mindfulness most simply?

A: In the Unetaneh Tokef prayer we say on the High Holidays we speak of a “still, small voice” of God. Mindfulness is about finding the small still voice of the soul that we barely hear.

It doesn’t mean you can’t be thinking about the future. It’s about being aware. These days, we are constantly multitasking and being fragmented. We are on the phone, walking and texting, always with the anxiety that we are missing something more important than what is in front of us. The culture we live in is generating anxious people who are completely disconnected. We pay a price for that.

How did you become interested in mindfulness and meditation?

This is a long journey in my life. I started with meditation some 25 years ago. I began studying with a quantum physicist in Chile. The teacher I was able to become is completely related to my experiences — I studied in the chasidic world, participated in the Presencing Institute at MIT, went trekking in the mountains of Nepal, did a vision quest with Native Americans, exposed myself to the experience of mindfulness and nature. Something inside of me is constantly seeking.

I’ve been involved in institutional Jewish life since I was 19. For 10 years I was youth director of Communidad Bet El in Buenos Aires [the synagogue led by the late Rabbi Marshall Meyer, who later served at BJ] and was involved with Camp Ramah in Argentina for many years, the last two as director. I attended rabbinical school at Hebrew Union College in New York and then led a congregation in Chile for six years.

When I came back to New York in 1995 to take on a pulpit at BJ, I also began working with Rabbi Rachel Cowan, who shares my passion for this; we have been teaching together and leading meditation and mindfulness retreats and prayer services for BJ.

How do you teach mindfulness?

This has to be done through experience, not through a book. You have to be able to experience what happens to you when you are not multitasking, when you are paying attention — what happens to your blood pressure, to your body, to your being present. This has been studied scientifically — how stress can be reduced. Once you experience it, you think, how come I am living without it? We have the capacity to access the gardens of Eden that live inside of us.

What’s Jewish about this?

Look at all these books. [He points to his desk, where books by Rabbi Abraham Joshua Heschel and others on prayer, Kabbalah and meditation are spread out, as he is preparing a course]. Mindfulness is a new word. My word is kavvanah. Chasidim Rishonim, the early Pious Ones, used to stand still for an hour before saying the Shema. “For you the silence I praise,” the psalmist says. There’s a whole tradition of silence in Jewish mysticism.

I’ve never done anything Buddhist. I came to this through stress reduction, Jewish chanting and chasidut. Rabbi Heschel has been always my inspiration. Prayer matters, prayer is of consequence, prayer is transformative. In the retreats I aspire to achieve a balance between personal transformation, joy, movement, nature walks and bearing witness to social action projects.

I would like to show many Jews who are going to Eastern traditions that there is a wealth in the Jewish tradition that could uplift their world. I want to tell them, Come home. I would like to connect them with what they don’t know that they already have.

I have a calling: that I feel I have to do things in my life. It’s very Jewish.

How is mindfulness prayer different from other Jewish prayer?

Mindfulness prayer is less fixed prayer, more personal. You don’t have to rush. Jewish prayer is a balance between keva, what is fixed, and kavannah, intention. When doing mindfulness prayer, keva is negotiable, kavannah is not. You may cover fewer prayers, but you go deeper and deeper, to your heart and your soul.

What are some of the highlights of your 20 years at BJ?

BJ is a hub of creativity, a laboratory of Jewish possibility where ideas like this can be nurtured. It’s my spiritual home. By far, the highlight was to work with my best friend, Roly [Rabbi J. Rolando Matalon]. We grew up together in Buenos Aires. Not many people have the opportunity to work with their best friend. We learn from each other, have powerful and deep conversations. Marshall was my teacher and Roly’s. We are two disciples continuing the work, reshaping it.