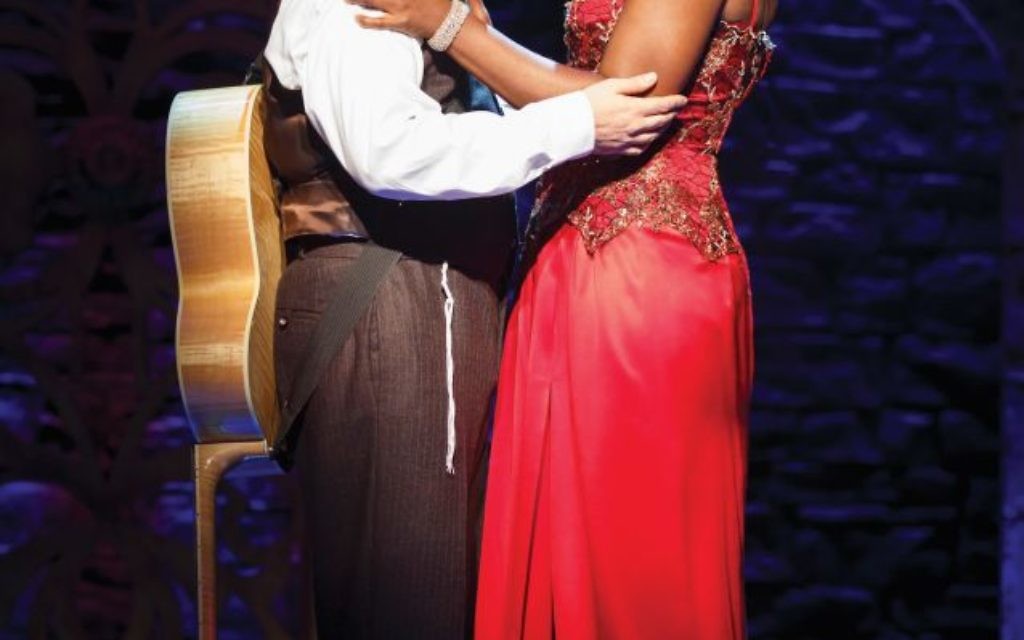 Birthright alums, it turns out, are just what the “Soul Doctor” ordered.
Last week, the Birthright Alumni Community announced that it will be offering free tickets to the Broadway play about the life and times of counterculture Rabbi Shlomo Carlebach — to past participants of its program, which offers a free 10-day trip to Israel for young Jews ages 18 to 26.

Within the first hour, Birthright alumni claimed more than 1,000, according to “Soul Doctor” producers.” Over 5,000 Birthright alumni will be able to attend the biographical musical of the influential rabbi, whose music, which fused the vibe of the ‘60s with Jewish tradition, can be heard in synagogues all over the world. And producers hope this may cause the tide to turn in ticket sales, which have been lagging since the show had its premiere in August.

“The show is building its audience,” explained Jeremy Chess, the doctor-turned-producer of “Soul Doctor,” in an interview with The Jewish Week.

The musical has only been making about a quarter of its potential gross any given week since it opened, according to Broadwayworld.com. The Birthright ticket program is an immediate bump to the show’s profits, as Michael Steinhardt, the mega-philanthropist and Birthright co-founder, is underwriting the new initiative. Alumni will also attend talkbacks at the show with special guests (such as Hamptons Synagogue Rabbi Marc Schneier), as well as exclusive receptions.

Chess attributed low ticket sales thus far in part to the late-summer timing of the opening, which, while necessary to secure the Circle in the Square theater, coincided with the early onset this year of the Jewish High Holy Days. This may have prevented the show’s most obvious demographic group from attending several days’ worth of performances. Chess also said the delay in high ticket sales might be due to the fact that the show’s marketing has relied heavily on word of mouth. He expects Birthright participants to create a ripple effect after seeing the show.

“It is a boost in terms of our audience” in the short run, he said, though he does not feel the need to remain solely focused on the Jewish community. “We’re certainly seeing the show cross all kinds of demographic lines.”

Birthright is enthusiastic about the new program. The group’s executive director of the alumni community, Rebecca Sugar, said in a statement, “Birthright Israel alumni celebrate Shabbat together, study Hebrew together, travel to Poland and Prague together, and discuss critical issues facing modern Israel together… The gift of tickets to ‘Soul Doctor’ is the gift of connection to our community and its cultural history.”

Alumni will begin attending their free performances of the Broadway musical this week.