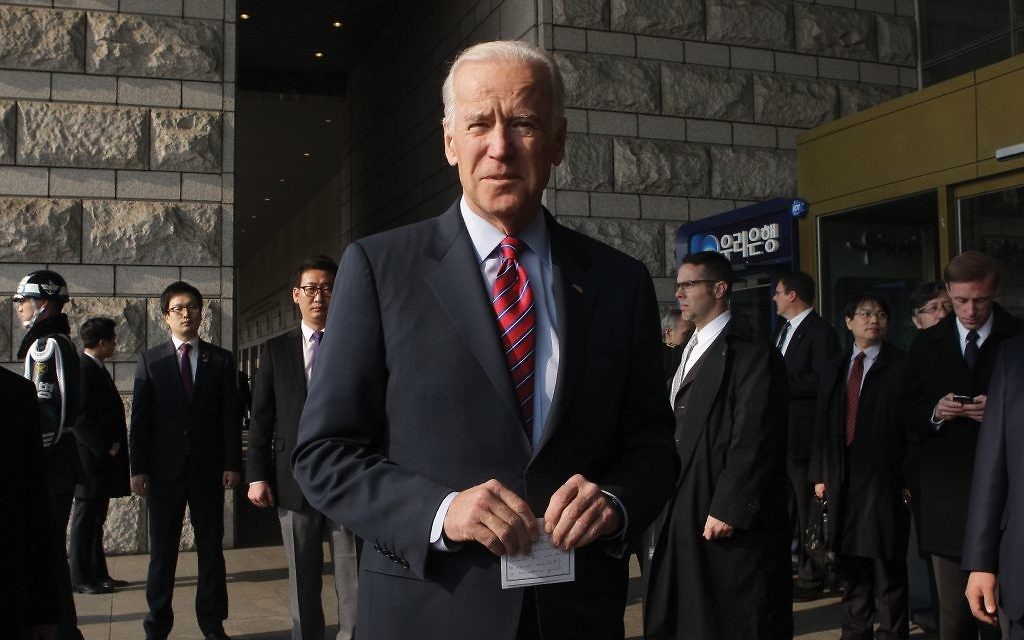 The Obama administration is for the first time proposing to spend as much as $15 million to help needy Holocaust survivors in the United States, 25 percent of whom live below the federal poverty level.

Vice President Joe Biden announced outlines of the new initiative at a luncheon last week hosted by the American Jewish Joint Distribution Committee (JDC), marking the group’s 100th anniversary. Although the specifics were not previously known, the administration has been meeting since last spring with several Jewish organizations — including the Conference on Jewish Material Claims Against Germany (Claims Conference), the JDC, the Jewish Federations of North America, and the Association of Jewish Family and Children’s Services — to understand the magnitude of the problem.

“Survivors in this country are still more likely than the average American senior to suffer from poor health and from poverty,” Biden said last week. “New York has the largest population of these survivors. And some reports say almost half continue to live in poverty.”

There are about 120,000 Holocaust survivors in the country.

A 2010 projection by Selfhelp Community Services estimated that the number of survivors in the city totaled 38,053, and they are among the poorest of low-income Jews in the five boroughs. Their average age is 79; nearly 25 percent are 85 and older. Two-thirds of survivors in the United States live alone and many live on fixed incomes.

Biden said he learned of the problems facing survivors when he met in the summer with survivors in South Florida and had discussions with the Jewish organizations that help them.

“The Jewish community has been leading this for decades. And the president and I have decided it’s time for us to step up and build on your efforts,” Biden told the JDC.

He announced a four-point plan to help survivors:

n The appointment of a special envoy in the Department of Health and Human Services “to reach out across federal agencies to help find the kind of support that nonprofits need to effectively deliver services like home care, transportation and meal delivery to these survivors living in poverty.

“This will make the government more responsive to a Hungarian survivor in the Bronx who needs a wheelchair or the elderly woman with memories of the Warsaw ghetto who needs a ride to the doctor,” the vice president said.

n New public-private partnership opportunities with foundations, nonprofits and private sectors to increase the resources available to support these survivors and their unmet needs.

n The creation of a new partnership through AmeriCorps to bring together volunteers with community-based organizational skills that support local Nazi victims living in isolation and poverty. AmeriCorps and VISTA members would work on a national and local level to help plan and execute these programs, recruit and manage volunteers, and help with resource development efforts.

n Continued diplomatic efforts to resolve the property claims of survivors from Central and Eastern Europe.

“Some countries have found meaningful and expedient ways to resolve these issues, which can be complex and difficult,” Biden noted. “But others have not. We will continue to work very closely with you and with the World Jewish Restitution Organization and through our diplomatic efforts to urge others in Central and Eastern Europe to step up. I recently had a conversation in Ukraine about this very subject.”

Jewish leaders welcomed Biden’s proposals and said privately that the administration is expected to announce that it would request money in the federal budget next year to help survivors. Although the amount has not been settled upon, it is said to be as little as $5 million and as much as $10 million or $15 million.

The administration hopes that philanthropists, nonprofit organizations and foundations would then match this money on a 2-1 basis. Thus, if the government allocated $10 million, the private sector would be asked to come up with $20 million for a total of $30 million.

The Conference on Jewish Material Claims Against Germany, known as the Claims Conference, provides the lion’s share of funding for survivors’ needs. In an agreement it negotiated earlier this year with the German government, Germany committed to provide approximately $1 billion over a four-year period for homecare for Jewish survivors. That increase is slated to begin in 2015 when Germany is to provide $266 million for homecare – a 45 percent increase over its 2014 allocation. The money the Obama administration is proposing would help cover the funding shortfall in 2014.

The Claims Conference has allocated about $60 million in 2014 for welfare services for survivors in the U.S., and additional funding of $30 million would mean a 50 percent increase in aid for homecare, food, medicine, socialization, emergency assistance and transportation services.

Congress would have to approve the budget recommendation, which would be for the 2015 fiscal year that begins next Oct. 1. That means that philanthropists, nonprofit organizations and foundations would be asked to raise $20 million immediately to cover the first nine months of the year.

“For it to be effective matching, it would need to happen in the coming months,” said one Jewish leader.

Lee Sherman, president and CEO of the Association of Jewish Family and Children’s Services in Baltimore, said “most of this money will flow through our member agencies like Selfhelp that are currently supporting survivors. They know the needs and will supplement what’s there.”

The Obama administration is said to want to continue such a private-public matching program in future years. The Jewish leader said that “having a special envoy to advocate within the federal government to ensure that these issues are a priority” is essential to making that happen. The envoy is expected to be someone working in the Department of Health and Human Services.

Survivors have been complaining for years that insurance companies, particularly Allianz, have refused to pay the beneficiaries of life insurance policies taken out by those killed in the Holocaust. The envoy is expected to address those concerns as well.

Jack Rubin of Boynton Beach, Fla., an executive board member of the Holocaust Survivors Foundation, said he was the survivor who met with Biden in Florida. He said he raised the insurance issue with Biden and told him the U.S. government has barred survivors from suing the insurance companies.

The U.S. has argued that such suits must be dismissed because the insurance companies cooperated with a commission created to resolve all such outstanding claims. Survivors claim the commission was a sham and they want to pursue their cases in court.

“I told the vice president that we were not asking anything more from the government than we are entitled to like every other citizen,” Rubin said. “The insurance companies are holding billions of dollars that belong to us.”

Rubin said the vice president said he was unaware of the issue and asked to be provided supporting documents, which Rubin said he subsequently delivered to the White House. He said he also spoke with Biden’s senior assistants and is awaiting a reply.

Asked his reaction to Biden’s announcement that the Obama administration would put money into the budget to help survivors, Rubin said it came as a total surprise.

“I told him the U.S. already did enough for us,” he said. “I came to this country with $10 in my pocket that I received from HIAS [the Hebrew Immigrant Aid Society], and I have married and raised three children and have four grandchildren. I didn’t ask for charity. This country has enough problems paying its own bills. It looks like we are begging — schnorring. … But if this is the only way we can get help, I have to back off.”

“We have to see how fast it will be implemented and whether survivors will be able to profit from it,” he said. “It has to be done fast, given the age of survivors.”

It is believed that between 12 and 15 AmeriCorps Vista volunteers would go into communities to try to recruit others to visit homebound survivors.

“It’s very much in the idea stage and in the next few months there will be planning and implementation,” Sherman said. “There are people on the White House staff who have been instrumental in moving this agenda forward.”

Herbert Block, assistant vice president of the JDC, said in a statement that the initiative “is one further step of providing greater help for Holocaust survivors and it represents a new opportunity for Jewish organizations to work in partnership with the U.S. government in addressing the needs of survivors here and abroad.”