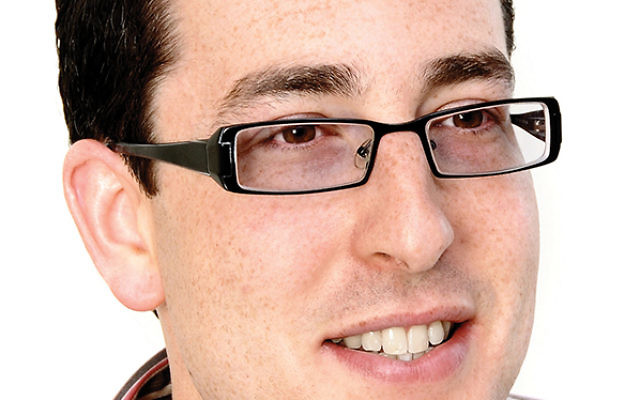 It could have been the most heroic Israeli act since Operation Entebbe. Israel Defense Forces commandoes could have landed in Berlin and, using a route planned by Mossad, found their way in to the wine section of the KaDeWe department store undetected. From inside their uniforms they would have pulled not weapons, but bottles. They would have stocked the shelves with wine from the Golan Heights, sang “Am Yisrael Chai,” and returned home as heroes.

From the way that Israel’s Prime Minister Benjamin Netanyahu was talking on Sunday, it seemed like this scale of action was in the offing. The store had taken a few bottles off the shelves to stick new labels on them in accordance with new European Union guidelines, and sitting here in Israel, you would have thought the world was coming to an end.

Yes, three days previously Israel sustained the bloodiest 24 hours since the current violence began, and there are, let’s just say, plenty of other serious things for Jerusalem to be focused on. But this Merlot-gate scandal was at the very top of the agenda in Sunday’s weekly cabinet meeting. “First,” Netanyahu said, “I would like to comment on the KaDeWe department store in Berlin.”

The EU’s new guidelines instruct that products originating from Israeli businesses on land that Israel captured in 1967 are marked with the words “Israeli settlement” or with “equivalent” phrasing. And KaDeWe was acting on the guidelines.

Netanyahu didn’t just fume, but he invoked, yet again, the memory of the Holocaust era. In my last column, I discussed Netanyahu’s bizarre claim that a Palestinian leader came up with the Final Solution and how he is politicizing the Holocaust. Sure enough, faced with re-labeling of wine, like the boy who cried wolf, he was crying Holocaust.

“This department store had been owned by Jews; the Nazis took it,” he said. “Absurdly, the store is now labeling products from communities in Judea, Samaria and the Golan Heights.” He declared the removal of the wines unacceptable “morally” and “historically.”

I’m not arguing in favor of the EU’s labeling policy, but clearly, the fact that it was being observed in one Berlin store did not represent some kind of posthumous slam-dunk for the Nazis, as he seemed to infer. And there was an intentional move on Netanyahu’s part to escalate the gripe with the store, by interpreting the removal of the wines not as re-labeling but as a “boycott in every respect.”

In fact, by Monday the wines were back on the shelves with their original labels (apparently store officials thought they had acted rashly), and the German Green Party’s Volker Beck, who raised the issue locally, had received an apology said a store spokesman. The issue was being dealt with domestically and through social media. Making it top of the agenda for a prime minister in a cabinet meeting was taking a sledgehammer to crack a nut.

Netanyahu decided as soon as the EU approved the labeling guidelines, earlier this month, that he was going to frame it in Holocaust-era terms. “The labeling of products of the Jewish state by the European Union brings back dark memories,” he said. “Europe should be ashamed of itself.” He needed PR fodder to advance this theme, and when KaDeWe took the wine for re-labeling, cynically exploited this “historical” connection to make an example of this store.

I want to be clear that I’m not backing the EU’s guidelines, but let’s think with a clear head. To label doesn’t mean to boycott (even if the former can facilitate the latter). Not every boycott is a Nazi-style boycott. And a department store that has numerous products from Tel Aviv, the Galilee and other parts of Israel on its shelves that haven’t been touched, and which starts to follow EU guidelines with some Golan products, isn’t echoing any episode of its distant past.

How do the leaders of the Jewish state retain the authority to talk about the Holocaust era, to be the voice internationally that is most connected to this terrible time, when it invokes the subject with the carelessness that people curse at a poker game?

But it’s not just the Holocaust era motif that has been off-key in the Israeli government’s response to the EU — which has even involved a temporary suspension of diplomatic dialogue from Jerusalem to Brussels.

Did you hear about the terrible crisis between Israel and Britain of 2009? Nope. Because there wasn’t one. And yet in 2009 the UK published guidelines to retailers telling them that they “would be misleading consumers, and would therefore almost be certainly committing an offence” if they sell food products labeled “produce of Israel” that come from Israeli businesses in land that Israel captured in 1967. Again, I’m not endorsing this decision, but let’s use a review of it to keep things in perspective: the decision neither engendered nor caused delegitimization of Israel, it didn’t have earth-shattering impact, and Israel-Britain ties have survived just fine.

So why did Jerusalem take things in its stride in 2009, but is now taking sledgehammers to nuts? Perhaps because in these hard and confusing times, the government seizes on foes that don’t pose imminent physical danger (give people a break from talk of terrorism) but which can be rallied against and fought. After all, Bibi sounds so authoritative and statesmanlike when he reprimands the EU and says it should be “ashamed of itself.” So labeling and boycotting become one and the same — Labeling 2015 becomes a sinister echo of the past — and Bibi is heroically taking on a threat that his citizens are viewing though a magnifying glass that he has made.

Israel is adding fuel to the fire of the boycott movement (it’s the boycott movement that has lobbied for labeling). Its activists are delighted — Jerusalem’s wrath about the labeling decision has significantly added to its impact, and created the illusion that it is far, far, more important than it really is. Netanyahu’s loud response has achieved nothing. The store would have replaced the wine in response to local pressure. The European countries that look set to defy the EU would have done so anyway. The only significance is that people in Israel have something aside from terror to read in the newspaper and get aerated about. But isn’t that what the sports pages are for?