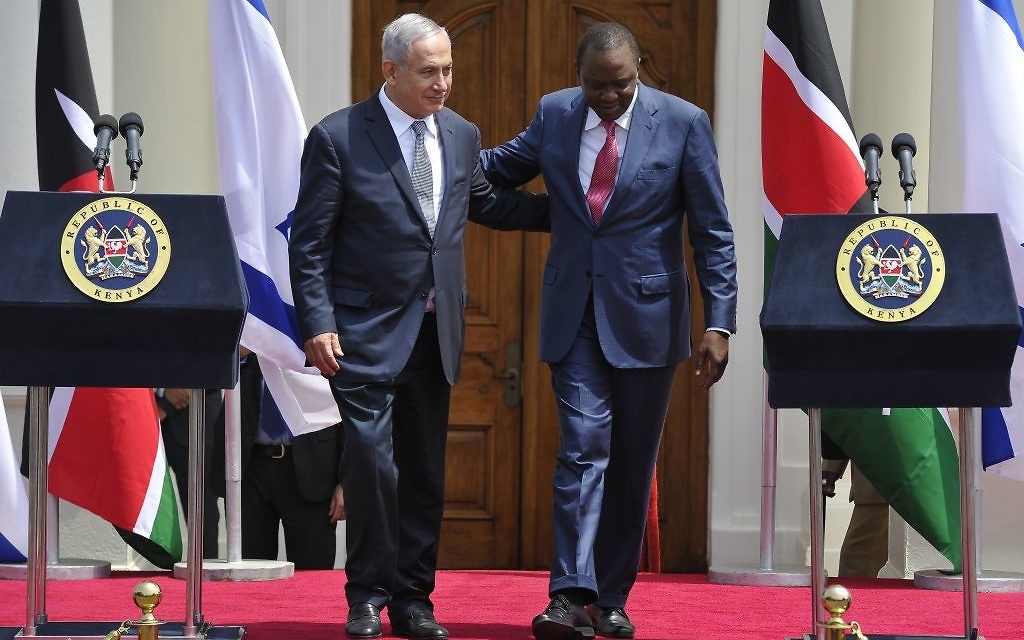 After a 30-year hiatus, Israel reunites with Africa.

Israeli Prime Minister Benjamin Netanyahu arrived in Uganda on Monday, beginning a five-day tour of the continent. The trip, which includes stops in Kenya, Rwanda and Ethiopia is aimed at increasing the scope of Israel’s diplomatic relations with the continent, reports The Jerusalem Post.

Yitzhak Shamir had been the last prime minister to visit sub-Saharan Africa, having conducted his historic tour in July 1987.

In 2002, Israel lost its status as an observer at the African Union due to pressure from Libyan leader Moammar Gadhafi, according to an article by The Washington Post. Through meetings with several African leaders, Netanyahu hopes to restore an alliance with the 54 countries comprising the union.

The visit comes at an important time for both Israel and Africa. With the rise of jihadism and most recently the growing global threat of ISIS, several African countries are looking to Israel for advice on how to beef up their security. With extensive experience in fighting militants, Israel can provide key strategic assistance to African countries in the defense against terrorist organizations such as Boko Haram and Al-Shabaab.

Israel is looking to ally with Africa to offset the rising pro-Palestinian sentiment at the United Nations, reports the Associated Press.

Netanyahu arrived in Africa a week after the announcement of the Israeli-Turkish rapprochement deal. This deal, in tandem with the prime minister’s visit to Africa, is indicative of the extent to which the threat of global terrorist organizations have mended historically frayed diplomatic relationships.

In a press conference in Nairobi, Kenyan President Uhuru Kenyatta noted the importance of an Israeli-African alliance in combatting terrorism, reports The Times of Israel.

“This is a battle not won by any nation, but by coming together,” he said.

In addition to addressing issues of international security and changing political dynamics, Netanyahu plans to use negotiations with Africa to strengthen economic ties with the rapidly developing continent via a $12.9 billion plan of investment, according to The Washington Post.

At the joint press conference in Nairobi, Netanyahu acknowledged the historical significance of his visit to Africa.