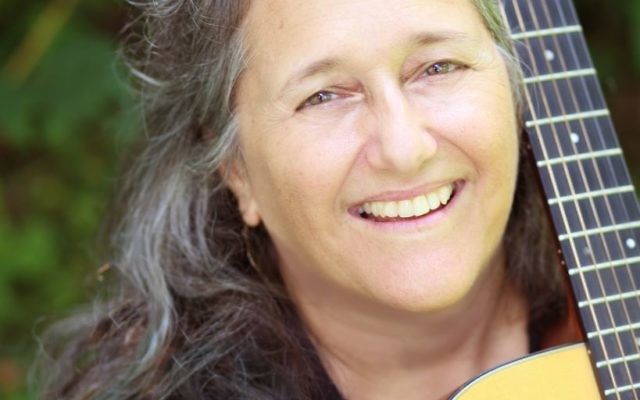 I love spring.  I love the warmth, the sense of new life, the sense of rebirth after the winter.  But for families with kids with special needs, like mine, spring is also a time of unique challenges: lots of holidays full of potential for sensory overload; lots of end-of-the-school-year events; the school year routine changes, and summer, though optimally a time for relaxing, is often harder to negotiate even than the school year, simply because the day-to-day schedule is so different.

Spring is also a time of graduations, and new chapters for many young people.  So for those of us who have children walking a different path, children who are not necessarily able to graduate and move on into new and “exciting” life chapters, it is also a bit of a mine-field socially: you are excited and happy for your friends’ kids, and you have to be adept at side-stepping the small talk at graduation parties when well-meaning acquaintances ask the regular questions: “So what are your kids up to?  Where is s/he going to college?  What did s/he graduate in?  Does s/he have a job yet?  Where is s/he going to be living after moving out?”

As you who know me personally know, I am a musician that wears many hats, and with one of my hats I use music to present about disability awareness and inclusion.  Over the years that I have been presenting workshops and concerts, I have found myself curious about how different religious texts speak about inclusion, and sometimes reflected these teachings in songs.  Most religious and cultural frameworks teach some form of the “golden rule”- to treat others the way one would like to be treated by others.  Simple right?  As legend tells it, Rabbi Hillel, who is believed to have lived around 110 BCE – 10 CE, was asked to describe Judaism while standing on one leg, and he is purported to have said, “What is hateful to thee, do not unto thy fellow man: this is the whole Law; the rest is mere commentary, go and study.”

So, not only is it a simple rule, it’s also the most important one…but it doesn’t take much to recognize that our world is not currently functioning according to this teaching (and maybe never did.) Certainly the judgement, disrespect and manipulative abuse of people with disabilities and special needs is only a small part of this issue.

I ask myself regularly, why can’t we just treat others the way that we want to be treated?  I think, quite frankly, that we all have contradictory messages in our heads.  On one hand, we know that we should be tolerant and compassionate, and on the other hand, we often have subconscious fears of people who are deemed “different” from us in some ways.  And when someone has a “disability” as that difference, there is a pushing away that accompanies the fear.

But where does this fear come from?  Well, along with the ancient texts teaching compassion, there are also multiple texts that imply that to be different is bad.

The Jewish holiday of Shavu’ot just passed.  Shavu’ot takes place 50 days after Passover, and originally celebrated the first harvest of barley.  Over the generations it has also come to be a celebration of the Jewish people receiving the Torah at Mt. Sinai. A saying in Jewish teaching is that we should always behave as though we ourselves were standing at Mt. Sinai on that day long ago, part of the crowd that was present and happily accepting the Torah as a guide for how to live.

But there is a legend, a midrash, called, “The Miracle that Happened to the Israelites with Disabilities When the Torah Was Given.” (You can read it in Hebrew on my blog.) The Midrash tells the following story:  Many of the Israelites present that day had disabilities, possibly as a result of the hard labor that they had been forced to do as slaves under Pharaoh in Egypt.  Some of them had been hit by falling rocks that broke their hands and cut off their legs. Some of them had been blinded by being hit with something sharp while building the pyramids.  Some of them had lost their hearing by….?

And how do we know that there was no one there who was deaf?  Because the Torah says they heard God speaking.

And how do we know that there was no one there who was missing arms?  Because the Torah says, “We shall do.”

And how do we know that there was no one there who was missing legs? Because the Torah says, “They stood at the foot of the mountain.”

Oh my.  Perhaps whoever wrote this midrash was someone who thought that it was a gift that the Israelites with disabilities had been healed, because of course no one would want to have a disability.  Today of course there would be a scathing argument about whether or not a disability should be healed.  Let’s put that aside, maybe the intentions there were well-meaning.

But to say that God did not think it was fitting to give the Torah to those with disabilities?  I don’t think so.  I do think, however, that this attitude has made its way into our thinking, way down in the shadows, where we cannot see clearly.  By reading these kinds of ancient texts we have a wonderful opportunity to bring these thoughts out of the shadows and examine them in the light of modern day thinking.

So here is my midrash for those with disabilities who were standing at Mt. Sinai with the rest of the Jewish people, waiting to receive the Torah:

On this past Shavu’ot, as we remembered standing at Mt. Sinai, I whispered a silent wish that we might also remember that we were all there, able bodied and not, ADD and not, Autism and not, with mental health challenges and not, etc…, and we received the Torah all together.

For this very reason, I wrote this song, Beyond The Golden Rule…the first Hebrew chorus reflects the original Torah “golden rule”, to love your neighbor as yourself, but I do think we need to expand who it is we are willing to be compassionate towards, so the second Hebrew chorus says, “Love the one who is different as yourself.”  And the third? “Love the stranger as yourself.”

Joanie Calem is an autism parent, teacher, songwriter, performer and disability awareness advocate. Since her first year of teaching in 1984, Joanie always had students with diverse learning styles, and learned to adjust her teaching in order to meet students where they are, building from their strengths and helping them learn to strategize their perceived weaknesses. Wearing the dual hat of both teacher and parent of a child with special needs, Joanie has extensive learning in the field of Sensory Processing Disorder. For the past four years she has been leading “concert-conversations” for teachers, parents and communities, sharing original songs as starting points for discussions on how to build truly inclusive communities that allow room for the increasing “neurodiversity” in our world. These sessions focus on understanding how Sensory Processing Disorder presents in classrooms, community settings and other public spaces, and exploring simple strategies that can be put in place to make our environment more sensory friendly for those that struggle with sensory overload.