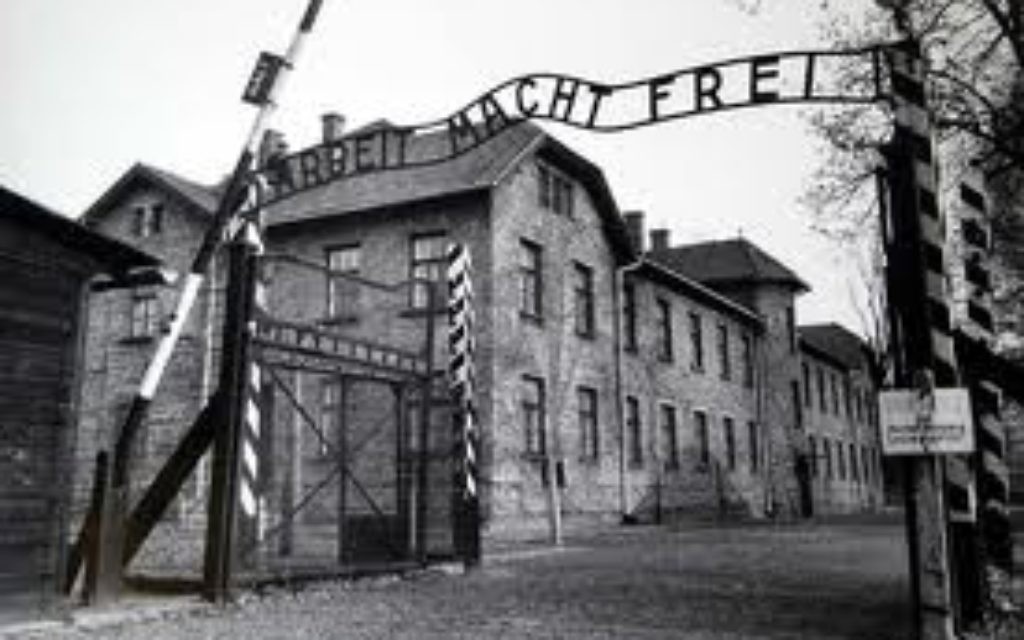 In Poland last year to help the small Jewish community of Poznan lead its Pesach seders, I spent some time in a small café down the street from the city’s former synagogue (serving since communist times as a municipal swimming pool) with the director of a small art gallery.

We were discussing a controversial exhibit the gallery had recently mounted, a display of provocative images, most notably a drawing of bare Minnie Mouse posing in front of a swastika. Minnie and the Nazi symbol had been featured on a pennant advertising the exhibit that had flown on a pole outside the building.

The image came under attack from members of the Jewish community, but in Poland and overseas, as insensitive to Jewish feelings. The Nazis, the swastika, the other symbols of the Holocaust, said the critics, were largely, if not exclusively, the emotional property of the Jewish people.

Not so, said the gallery owner and like-minded Poles – the Third Reich, in their mind, was also a national tragedy for Poland. Three million (non-Jewish, mostly Catholic) Poles also died at the hands of the Nazis, the same number as how many Jews perished in the Shoah; a proportionately smaller loss for the country than for its Jewish population, but still mass murder of major scale.

The killings, the atrocities, the death camps that took place on Polish soil were under German aegis, instigated and directed by Germany, Poles – both public figures and plain citizens – will tell you today. They’ve told me that during my frequent visits to Poland.

Which is why Poles take offense when anyone calls Auschwitz or Treblinka or the other killing centers Germany built in Poland “Polish death camps.”

Which is what President Obama did this week, in a White House ceremony that posthumously honored Jan Karski, the late Polish hero of the Holocaust who risked his life to bring details of the Final Solution to Western leaders. His faux pas (in Polish eyes) was only the latest example of someone of stature implying a Polish responsibility for the sites that have become a metaphor for brutality. “German death camps,” Poles insist. They, too, were victims of the Nazis, they say, often minimizing the familiar (to Jews) history of anti-Semitism and stressing the non-Jewish Poles who, like Karski, risked their lives to save Jews from the Germans (Poland has by far the greatest number of men and women recognized by Yad Vashem as Righteous Gentiles).

Despite this, many Poles feel, Jews seem to see themselves as the only victims of the Nazis. Why, Poles have asked me, don’t Jews recognize that Poles also suffered?

This surfaces during discussion of such issues as reparations, government payments for lost property that Poland has been excruciatingly slow to make to Polish citizens of any religion.

Warsaw’s impressive museum dedicated to the Warsaw Uprising (the ill-fated 1944 fight against the German invaders that is less-known in the U.S. than the fabled 1943 Warsaw Ghetto Uprising) devotes attention to the Jews who fought and sometimes died alongside their non-Jewish comrades-in-arms. That’s the message that contemporary Poland embraces, of Jews and Poles united against their common oppressor. (Many would take offense at this distinction between Jews and Poles.)

People like Obama who speak of “Polish death camps” do so in a geographic sense. But Poles don’t understand this. Which is why they took fault with Obama this week. And why they will continue to object each time they hear about “Polish death camps.”

To them, an appearance of blame for a country that suffered eight decades is a historical error. To Poles, calling Auschwitz a Polish death camp is a Mickey Mouse mistake.