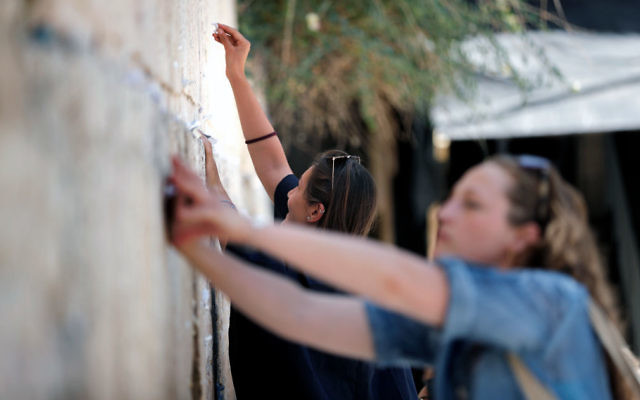 Women pray at the women's section of the Western Wall. Getty Images

The Israeli government has every right to make political decisions in its own interest and, hopefully, in the interest of its citizens. But it can’t expect unfailing fealty from millions of Jews in the diaspora who have just witnessed the government break its promise — and break their hearts — yet again.

When the CEO of UJA-Federation of New York expresses public “outrage” at two decisions taken Sunday by the Israeli cabinet, and when the board of governors of the Jewish Agency cancels a dinner with Prime Minister Netanyahu and “deplores” those same cabinet decisions, we are reaching unchartered territory in the relationship between Israel and the leadership of diaspora Jewry — a new and dangerous low.

Put simply, that leadership feels betrayed, and with good reason.

As Rabbi Rick Jacobs, president of the Reform movement, the largest Jewish denomination in the U.S., stated: “The decision cannot be seen as anything other than a betrayal.”

We are reaching unchartered territory in the relationship between Israel and the leadership of diaspora Jewry — a new and dangerous low.

He was referring to the government reneging on its commitment to enact a much-anticipated compromise regarding prayer at the Western Wall that would have given enhanced access to all streams of Judaism. The agreement was painstakingly brokered a year and a half ago with the invaluable help of Jewish Agency chair Natan Sharansky. It was heralded at the time as proof that despite our religious and political divisions, American Jewish and Israeli leadership could work together in the name of Clal Yisrael.

But on Sunday, the minister of health, Yaakov Litzman, who leads the United Torah Judaism party, proclaimed: “The government’s decision to freeze the [planned] Western Wall arrangement sends a clear message to the entire world: The Reform do not and will not have access or recognition at the Western Wall.” 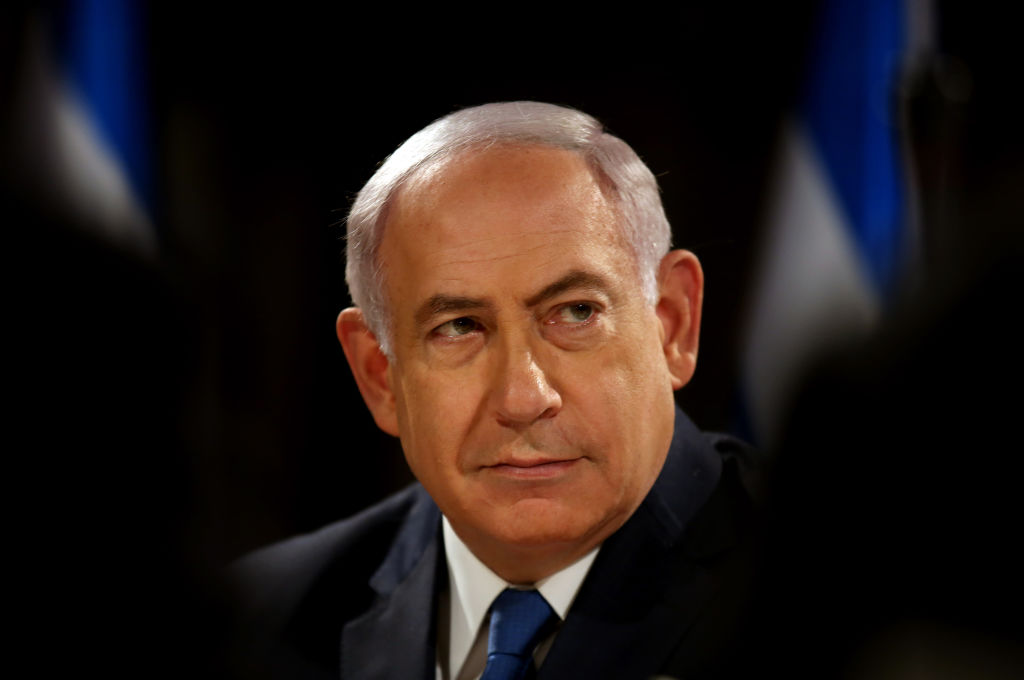 So much for unity, and so much for whatever degree of faith American Jewish leaders put in Netanyahu to make good on his pledge.

The prime minister often describes his and Israel’s role as responsible for world Jewry. And last November, in front of thousands of delegates at the General Assembly of the Jewish Federations of North America in Washington, D.C., he asserted that “as prime minister of Israel, I will always ensure that all Jews can feel at home in Israel — Reform Jews, Conservative Jews, Orthodox Jews.” Even as the crowd cheered, he said he hoped his government would finalize a “long overdue understanding that will ensure the Kotel will be a source of unity for the Jewish people, not a point of division.”

Also on Sunday, in a less dramatic but perhaps even more significant blow to those challenging the increasingly firm grip of the fundamentalist Chief Rabbinate, the cabinet fast-tracked a bill to the Knesset for a vote that would give the Chief Rabbinate a monopoly on conversions. If approved, the law would nullify recognition of conversions through independent, more liberal Orthodox rabbinical courts and revoke the right of Reform and Conservative converts to register as Jews with the Interior Ministry. The practical impact is that hundreds of thousands of Russian-born Israelis, many married to Jews and serving in the IDF, will have even less of a chance for conversion now, adding to the existential threat of an increasingly divided Israel society.

It underscores Netanyahu’s cold calculation, in forming his government with the ultra-religious parties, that he was willing to risk the ongoing support of millions of diaspora Jews to solidify his hold on power.

Together, the cabinet actions on Sunday reflect the disproportionate power of the charedi parties, which hold only 17 seats in the 120-member Knesset. It also underscores Netanyahu’s cold calculation, in forming his government with the ultra-religious parties, that he was willing to risk the ongoing support of millions of diaspora Jews to solidify his hold on power.

The prime minister can’t shift the onus to the religious parties; he chose to include them in his cabinet and has overseen the government’s move to the right on basic freedom issues as well as religious ones.

The sad irony here is that those who feel most deceived are the leaders of the major American Jewish legacy organizations, and the Reform and Conservative movements, who have consistently galvanized support for Israel over the years — even when they have disagreed with specific government policies. It is those leaders who have sought to rally the community and counter the growing efforts on university campuses to delegitimize the Jewish state. Yet now, as liberal Jews who comprise the great majority of U.S. Jewry, they feel delegitimized in the eyes of the Israeli government. Not in terms of their Jewish identity, but in their value as being fully part of the Jewish enterprise. 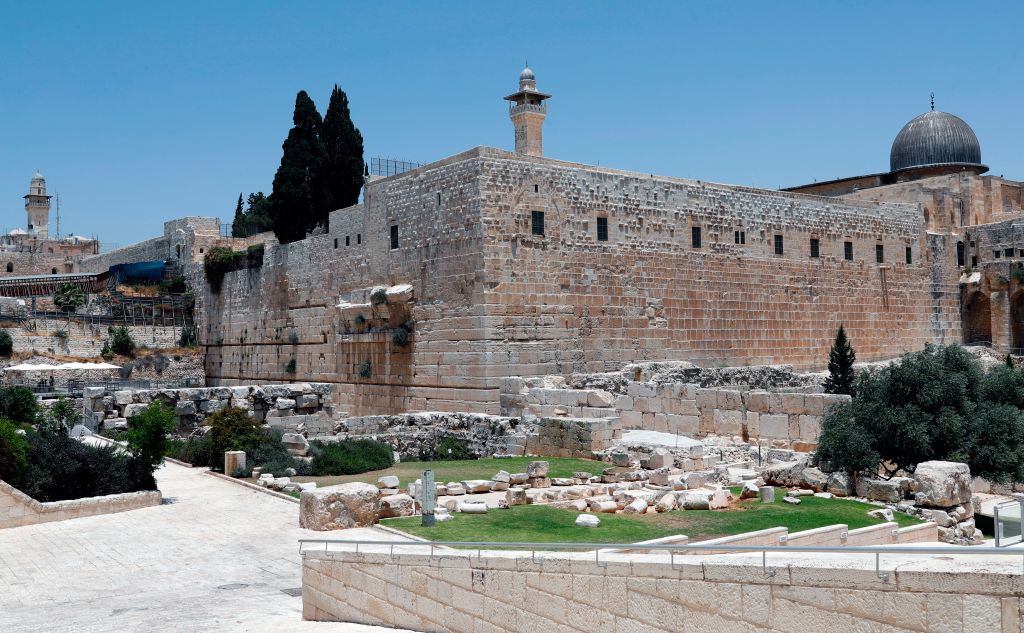 A picture taken on June 27, 2017 shows the right-part of the Western Wall taken from the archaeological site known as Robinson’s Arch in the Old City of Jerusalem. Israel’s shelving of a deal to allow men and women to pray together at the Western Wall echoed far beyond religion on June 26, 2017 with Prime Minister Benjamin Netanyahu accused of abandoning reform efforts for political gain. Getty Images

A resolution the Jewish Agency passed on Monday that said the government’s decisions “have a deep potential to divide the Jewish people and to undermine the Zionist vision … to establish Israel as a national home for the entire Jewish people.”

The timing of the cabinet action could not have been worse.

At a moment when surveys show a significant drop in support for Israel among young American Jews who view Jerusalem as intolerant in its treatment of Palestinians and Israeli Arabs, the same charges could now be leveled at the government for its attitude toward millions of Jews around the world.

How can Prime Minister Netanyahu continue to call on American Jewry for unwavering support when he has so blatantly sold them out for personal politics? How can Israel’s slogan of “One Wall for One People?” not ring hollow in our ears?

There is angry talk of calling on American Jews to stop contributing to Israel, at least for short time. But our love for Israel — the state and its people — transcends our deep disappointment with the current government’s decisions. This isn’t about revenge. We’re better than that. It’s about trying to protect and preserve Clal Yisrael.

But today, that goal is even further from our reach. 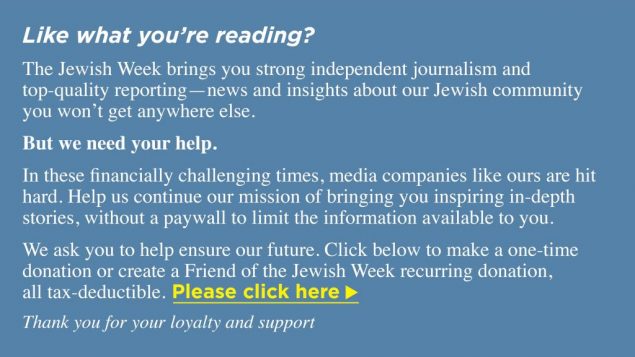