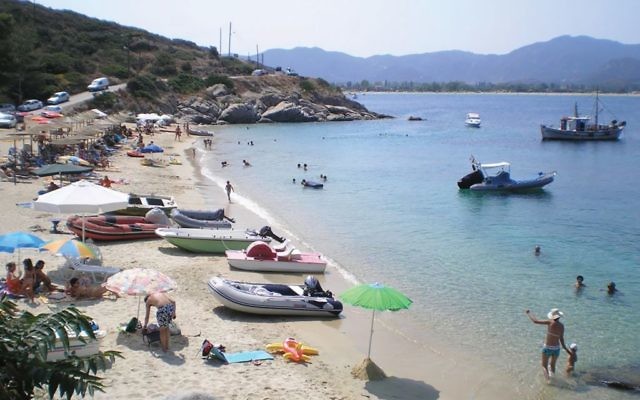 Two views of the beach on Greece’s Chalkidiki Peninsula, a spot on the less-traveled northern coast. Wikimedia Commons

August is the weirdest month for travel. It’s traditionally the vacation period, particularly in Europe; entire cities appear to be evacuated between July and September. August commands the highest prices for East Coast beach rentals, and as every New Yorker knows, it’s the month when your therapist abandons you for the Hamptons.

But for those still contemplating a summer getaway, August presents opportunities as well as caveats.

On the opportunity side: Big cities. Many of the year’s best hotel deals are in August in U.S. cities, particularly those that rely more on corporate traffic than on foreign tourism.

Deals are particularly good later in the month — that sweet spot when many tourists have returned home to prepare for school, but before Labor Day ushers in the convention season. This is the month when online price shopping and old-fashioned haggling with managers or owners is likely to pay off.

One good bet is Washington, D.C., where humid August is traditionally a slow season. Nowadays, a younger crowd is enlivening neighborhoods even on summer weekends, and marquee attractions like the Smithsonian museums and monuments, of course, remain open (and air conditioned). 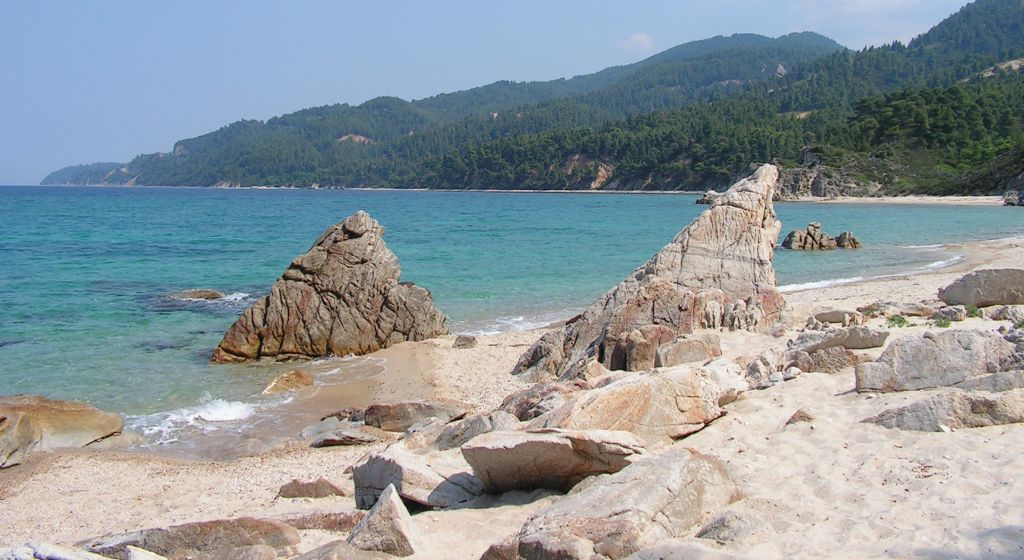 Popular winter destinations like Orlando and Miami are on sale this time of year; there’s more to do year-round than a generation ago, but lines are gentler at theme parks. And for those who enjoy upscale lodgings, throughout the Caribbean, August is your opportunity to upgrade to a resort that would break a December budget.

Thinner crowds may be pleasant in Florida, but not in Rome or Madrid, where a vibrant street life is part of the charm. Many Southern European cities shut down entirely in August as locals decamp for vacation; restaurants, bars and shops are often closed throughout the month, as visitors wander sweltering ghost towns where the only fellow pedestrians are other tourists.

On the other extreme, coastal cities like Barcelona and Dubrovnik are mobbed with summer tourism, with unpleasant throngs, long lines, noise and exorbitant prices.

But August is an ideal month to visit Northern Europe, which enjoys mild weather and the longest days for sightseeing. Many locals remain in town, savoring the brief but delightful summer season before darkness sets in.

Green, shady Berlin bubbles with August events: international festivals of beer and dance, special museum nights, the Pop Kultur Berlin Music Week, and other events around town. In Sweden, the Western islands beckon with wild berries and mushrooms for picking; locals kayak through the waterways of Stockholm, a city of islands, and picnic by the canal banks in Malmö.

Throughout the month of August, family-friendly Copenhagen opens up two “harbor bathing” swimming spots, creating spontaneous beach parties in the city center. The clear, blue water is deemed on par with coastal beaches, and comes with skyline views.

If your heart is set on real beaches, take the “if you can’t beat ‘em, join ‘em” approach. The key is to choose an unhyped, slightly out-of-the-way destination that appeals more to regional travelers than to tourists from all over.

Virtually all the popular Greek destinations, for instance, are in the country’s south; Santorini, Mykonos and Corfu are mobbed in August. But only locals tend to visit the similarly lovely beaches of the northern coast and islands; hotels on the lovely, unspoiled Chalkidiki Peninsula, for instance, are bargains for Americans.

Another option in this vein is the underappreciated German coast, which has a moody beauty reminiscent of New England. And while the Spanish resort of Ibiza is expensive and overrun, the smaller Balearic Islands — Formentera and Menorca — are tranquil, nature-focused oases, even in August.

Since summer is festival season, why not organize your trip around an event? Join a crowd of like-minded klezmer fans, Bach lovers or Jewish filmgoers and a rewarding experience is more or less guaranteed. An activity tour, like biking through Provence or cooking in Tuscany, also gets around the empty-versus-crowded conundrum.

And don’t forget the Southern Hemisphere, where peak season is around Christmas (their summer), and the mild, fresh August winter can be a pleasure for sightseeing.

Nobody ever went to drizzly Lima for the weather, but the art and foodie scenes there are having a real moment. Mexico City, Quito and other high-altitude capitals are cool and comfortable for visitors, and strike that ideal balance between street life and tourism that eludes Europe in August.

Australia will never be a budget destination, but our late summer is their late-winter low season. It’s a great time to explore the Great Barrier Reef or take in Jewish film, lectures and exhibitions in Melbourne or Sydney, where the cultural calendar is in full swing.