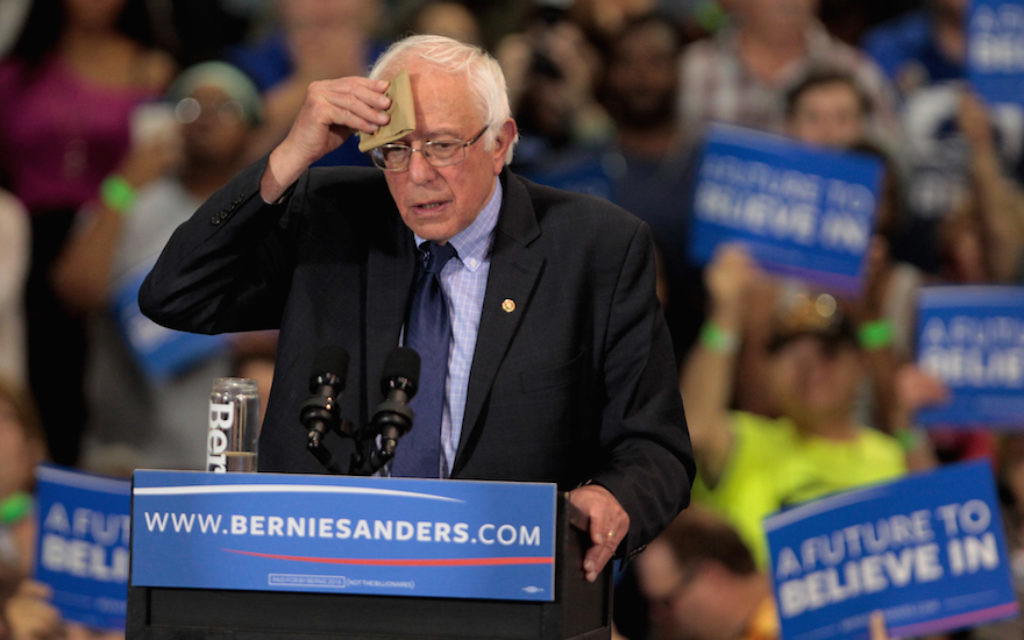 The win Tuesday for Sanders, the Independent senator from Vermont, is his 20th in the primaries, but he still trails Clinton, the former secretary of state, in the delegate count. Clinton has 2,239 delegates, just shy of the 2,383 required for the nomination, according to The New York Times count, while Sanders has 1,469.

With 97 percent of the vote in early Wednesday, Sanders led Clinton, 51 percent to 36 percent.

Sanders, the first Jewish candidate to win major party nominating contests, had been expected to win the state, where the white, working-class electorate reflects the demographic that has favored him throughout the election.

Donald Trump, who earlier this month effectively secured the Republican nomination, trounced opponents who have dropped out but remained on the ballot Tuesday in Nebraska and West Virginia GOP primaries.

Democrats face off again next on May 17 in Kentucky and Oregon. Republicans also have a primary in Oregon.