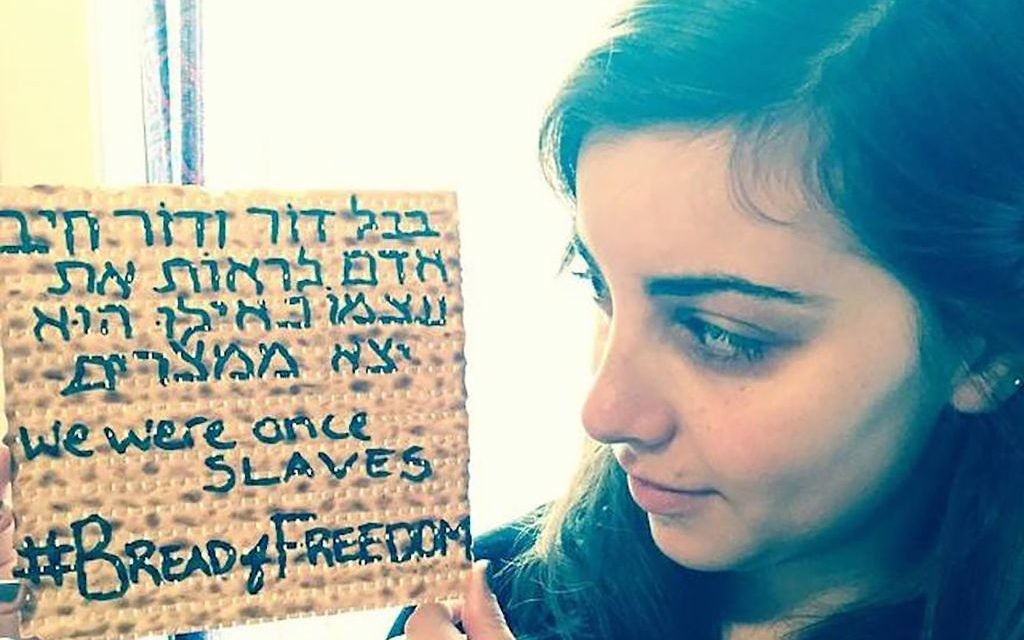 Bernie Sanders’ campaign suspended its new Jewish outreach director over the tone of her past criticism of Israel.

“She has been suspended while we investigate the matter further,” Michael Briggs, a campaign spokesman, said Thursday, referring to Simone Zimmerman.

Zimmerman, a former J Street student activist, was recently hired by the Sanders campaign. She wrote last year on Facebook, “Bibi Netanyahu is an arrogant, deceptive, cynical, manipulative asshole,” according to the Washington-based Free Beacon.

She continued: “F— you, Bibi, for daring to insist that you legitimately represent even a fraction of the Jews in this world, for your consistent fear-mongering, for pushing Israel in word and deed, farther and farther away from the international community, and most importantly, for trying to derail a potentially historic diplomatic deal with Iran and thus trying to distract the world from the fact that you sanctioned the murder of over 2,000 people this summer.”

She edited the post on March 3, 2015, changing “asshole” to “politician” and the second expletive to “shame on you.”

“I am not a ‘right wing extremist’ in the words of ‘Jewish Friends of Bernie,’ and I believe Bernie Sanders needs to fire Simone Zimmerman,” former Anti-Defamation League chief Abe Foxman told Jewish Insider on Thursday. “No amount of word changes can cure her ugly characterization of the Prime Minister of Israel and the Israeli army and people defending themselves.”

Jews for Bernie, a group that supports the Jewish senator from Vermont’s Democratic presidential campaign, took to Twitter Thursday to contest “smears emanating from the far right” that Zimmerman supports BDS. The tweet also erroneously asserted that JTA, which first reported on Zimmerman’s appointment, had “given airtime” to the BDS allegations.