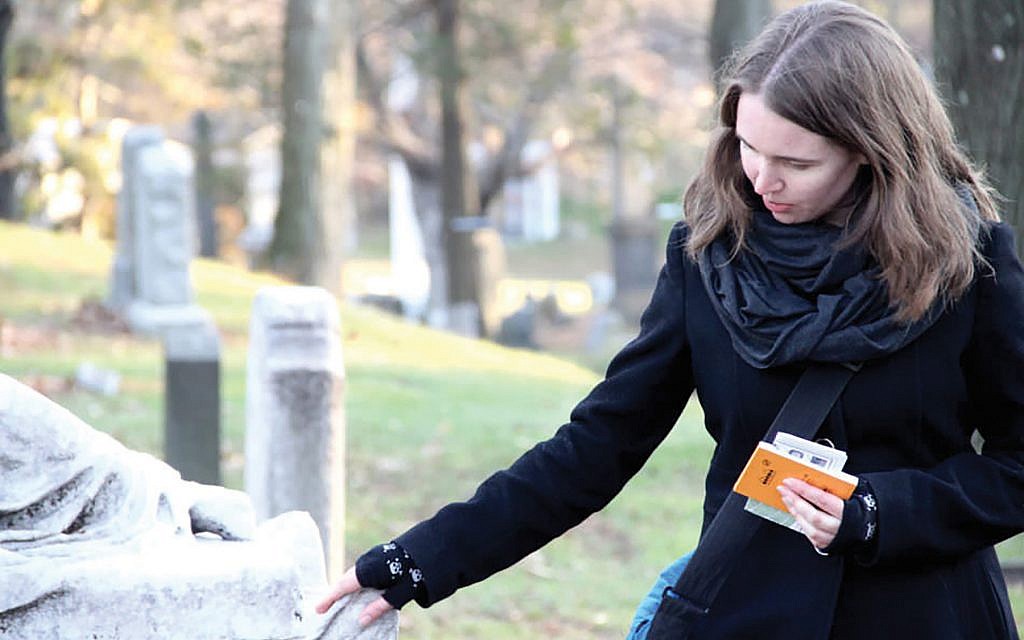 Always a city of big dreams and big ideas, New York will also be a city of big questions later this month, as the weeklong “Reimagine End of Life” event premieres all over the five boroughs, encouraging New Yorkers to think anew about life and death.

Participants can explore Brooklyn’s Green-Wood Cemetery with a trio of artists, learn about the new field of psychedelic-assisted therapy, listen to a multi-faith panel discussion, enter a pop-up phone booth to have the conversations they wish they had had with loved ones no longer alive, delve into death over a communal dinner and watch live improv and dance.

From Oct. 27 to Nov. 3, more than 300 events are planned at museums, synagogues, community centers, churches, arts centers, libraries and other spaces, including 105 art events, 60 interactive rituals, 32 performances (15 of those comedy shows); many are free. The week is a showcase of ideas, all at the intersections of grief, memory, loss, practical planning, spiritual longing, fear, love, ritual, sacred care, creativity, legacy, storytelling and, yes, death. The goal is to open up, expand and deepen the conversation in thoughtful, compassionate, sometimes provocative ways. 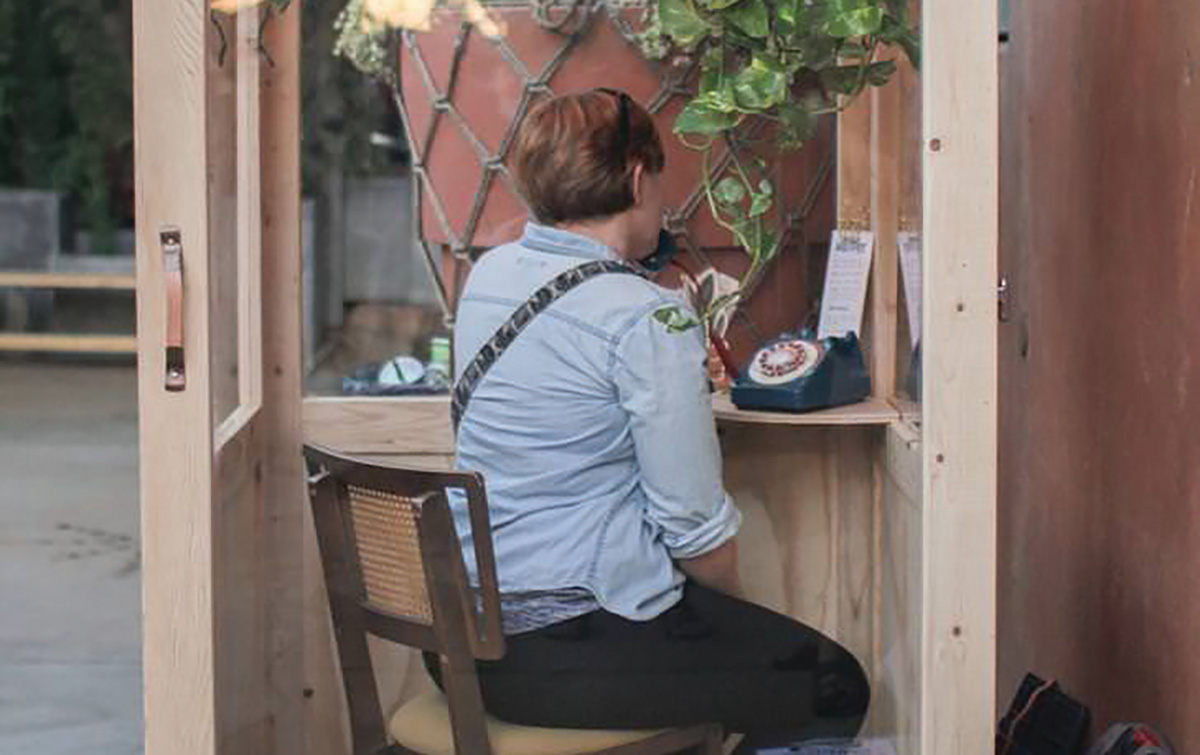 Reimagine participants can enter a pop-up phone booth like this to have the conversation they wish they had with loved ones no longer alive. Photos courtesy of Reimagine

“These conversations happen in hospitals every day. The question is why are they happening at the very end,” said Jeannie Blaustein, a clinical psychologist with a doctor of ministry degree and advanced training in pastoral care, who is the founding board chair of Reimagine.

“Physicians, chaplains and social workers are having them, under much stress, when everything is so urgent. Many are very eager to upstream the conversation. I’m scared of death too — this is not about erasing our fears, but accepting the reality. There’s something liberating and affirming about being in relationship with the truth.

Reimagine arrives in New York at an opportune moment: It’s a time when baby boomers are dealing with the imminent deaths of their parents or have watched their parents suffer, and are beginning to think of their own mortality; when medical advances make prolonging life possible; and when important books taking on the subject of end of life are bestsellers and a hit television show, “The Good Place,” is a fantasy comedy about the afterlife.

For Rabbi Lila Kagedan, who teaches bioethics at New York Medical College and works as a chaplain and clinical ethicist in hospitals and hospices, “The approach to death and dying — and how it is addressed — is evolving in the Jewish community.” The first Orthodox woman to take on the title of Rabbi (she was ordained at Yeshivat Maharat), she serves as senior rabbi of the Walnut Street Synagogue in Chelsea, Mass. She notes that given her particular interest in end-of-life issues, she gets invited to speak in synagogues of all denominations and backgrounds. 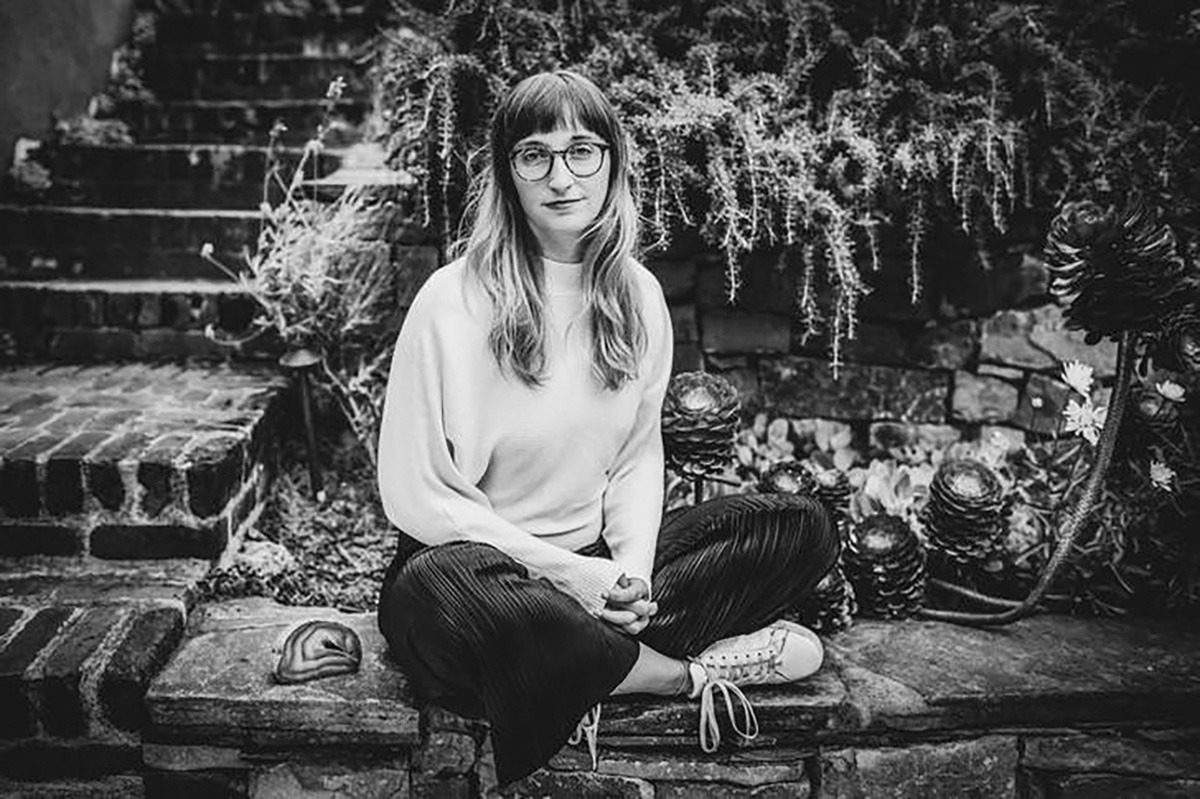 Emily Silverman, a doctor and writer, founded The Nocuturnists, a storytelling series for healthcare workers.

“This signals to me that this is on everybody’s mind. Everybody will have to deal with death and dying,” Rabbi Kagedan said.

While Reimagine is not a Jewish event per se, Blaustein explains that many of the organizers and presenters are Jewish, and that’s no surprise to her. “We are inspired by Jewish values,” she said.

“I believe that Reimagine resonates so powerfully for those in the Jewish community because we come from a community that chooses life and also has a reverence for honoring and remembering those we have lost, and this tension is carried at the core of Reimagine as well.”

Blaustein, who has volunteered as a hospice worker and been a facilitator and instructor for “What Matters,” a Jewish communal initiative encouraging Advance Care Planning, first heard about Reimagine on National Public Radio when it was staged in San Francisco in 2016. After listening to the brief report, she immediately flew to San Francisco to take part. She recalls being quite impressed with the size of the crowds, the youth, all the positive energy and “laughing, connecting, hugging and crying.” That year, there were 30 events, and in 2018, they had 175 events.

When Blaustein approached the creator about bringing Reimagine to New York, she was met with enthusiasm. She then turned to Rabbi Joy Levitt at the Marlene Meyerson JCC Manhattan and Sally Kaplan of “What Matters: Caring Conversations at End of Life” to see if they would be interested in partnering, and “they have taken this on in a robust way.

“The Jewish community here has been extremely responsive,” she said, referring to a range of communal organizations and nonprofits, including B’nai Jeshurun, Jewish Theological Seminary and Plaza Jewish Community Chapel, which is hosting several events, including a premiere performance of “Funny As a Funeral” by Chicago City Limits in its second-floor chapel.

“We are trying to reach everyone,” Blaustein said. “My hope is that the courage of the Jewish community will inspire other communities to take this on as boldly. Nobody is exempt from this.”

Among the speakers are New Yorker cartoonist Roz Chast in conversation with Rabbi David Ingber of Romemu; David Isay of StoryCorps and Ira Byock, a leading palliative care physician talking about cultivating a culture of listening; artist Sarah Jane Lapp screening her animated film “Chronicles of a Professional Eulogist”; Dawn Gross, a physician who hosts a live call-in radio program called “Dying to Talk,” interviewing lead singer Craig Minowa of the indie rock band Cloud Cult about love and loss; and Jessica Zitter, who practices critical care and palliative care medicine, in dialogue with Pastor Corey Kennard, who is African-American, about racial inequities at end of life. 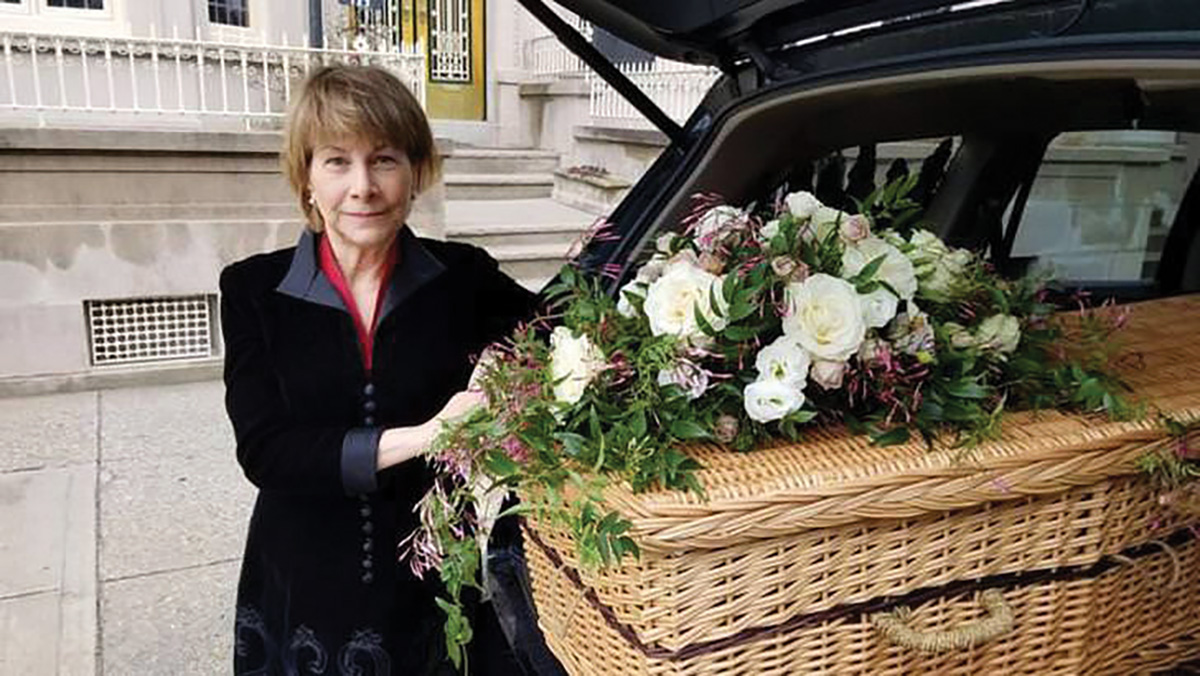 There is also interactive theater, including dramatic readings of two ancient Greek plays, installation art, grief dialogues, sessions about ethical wills and “A Knock at the Door,” a play weaving together interviews with nurses, housekeepers, theologians and administrators from the Hebrew Home at Riverdale, performed by the real staff with a live score. “Mourners Corner” is meeting to say Kaddish and mourn at the NYC Aids Memorial.

“What Matters” is part of an effort, along with “The Conversation Project,” based in Boston and initiated by writer Ellen Goodman, offering free advance care planning sessions across the city, in English, Spanish, Mandarin and Cantonese, sensitive to cultural differences. According to The Conversation Project National Survey, 2018, while 92 percent of Americans say it’s important to discuss their wishes for end-of-life care, only 32 percent have had such a conversation. Ninety-five percent of Americans say they would be willing to talk about their wishes.

Rev. Rosemary Lloyd, an ordained Unitarian Universalist minster, who is The Conversation Project’s adviser to faith communities, said, “The women of the baby boom generation changed the way babies are born, starting birthing centers. Just as they changed the moment of birth, they are reclaiming sacred moments of dying.”

“The Conversation Project” is also organizing various faith communities to incorporate the themes of the week into their worship services on the first weekend of the Reimagine End of Life conference, dubbed Conversation Sabbath.

While some might feel hesitation in mixing death and comedy, Blaustein explains, “Comedians are open to talking about difficult things and in so doing, give people an opportunity to laugh about things they don’t usually laugh about.”

The annual budget for Reimagine, which includes New York and San Francisco events and infrastructure work for events in other cities, is $800,000. Most of the funding comes from foundations and individual supporters.

All participants will be given a small cardboard memory box that can be used as a frame for a photo or favorite quote, with a set of cards inside with notes, exercises and prompts to keep the conversation going.

Blaustein has the last word: “This has to do with living well. Until our last breath. We are living even while we are dying. How can we reimagine what that looks like for each other?”

For a full schedule and more information, see letsreimagine.org.