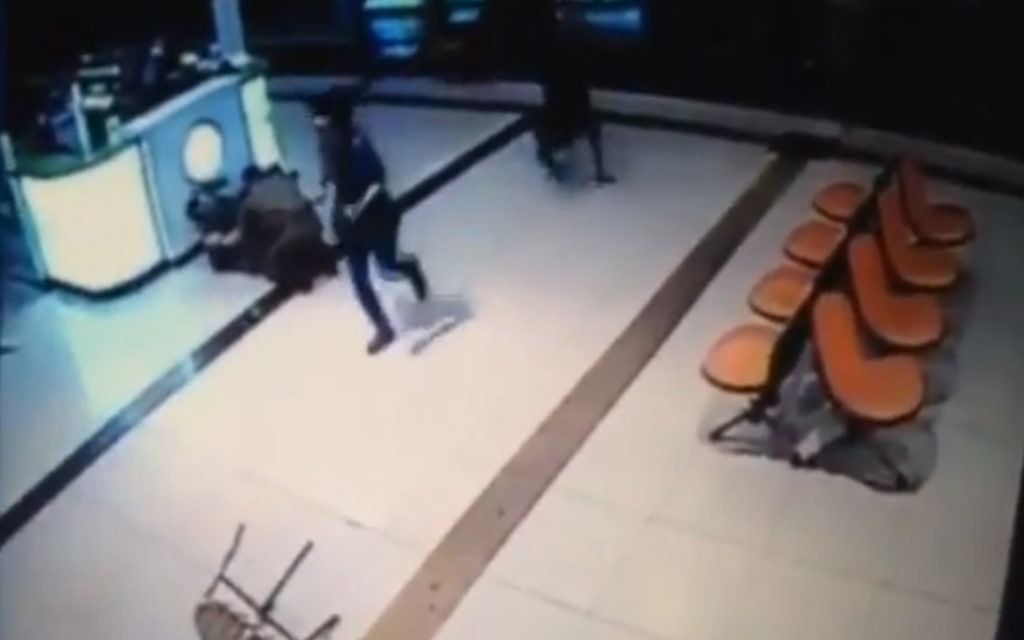 Jerusalem — The assailant in an attack on the Beersheba Central Bus Station that left an Israeli soldier and an Eritrean migrant dead has been identified as a Bedouin-Israeli from southern Israel.

Mouhand al-Okbi, 21, of Hura, a town located near Beersheba, was named Monday morning as the attacker. He did not have a criminal record.

Ten people were wounded in the attack.

Al-Okbi’s mother is originally from the Gaza Strip and moved to Israel after she married an Arab-Israeli citizen, according to the Shin Bet security service. At least one member of al-Okbi’s family has been arrested for collaborating with him, according to reports.

Al-Okbi entered the bus station on Sunday night armed with a handgun and a knife. He stabbed a soldier and grabbed his M-16 rifle, then opened fire on the bus station. He was shot and killed during the attack. The soldier killed was identified as Omri Levi of Moshav Sde Hemed, in central Israel.

The migrant, who was mistaken for a second assailant, was shot and died hours later at Soroka Hospital in Beersheba. Video images show Haftom Zarhum, 29, lying in a pool of his own blood being kicked by bystanders who thought he was an assailant.

On Monday, Israel Police said they would investigate the erroneous shooting of Zarhum and the attack by civilians. Israeli media charged that he was shot solely due to the color of his skin.

A statement posted on the Israel Police website said the attack on the downed man was a “very grave” incident and said it would “not allow citizens to take the law into their own hands.” The police statement also called on citizens to “act with restraint and extra caution and to allow the police to perform their job.”

The statement also said that police would attempt to identify the citizens who attacked Zarhum and bring them in for questioning.

The commander of the Southern District Police, Maj.-Gen. Yoram Halevy, met Monday with leaders of the Bedouin community in the South. Halevy praised the “coexistence between Jewish and Bedouin citizens living side by side” in the Negev and said that it “must be preserved at all costs.”

Bedouin leaders condemned the attack, and said that incidents of violence and terrorism involving members of the Bedouin community are “wrong, unacceptable and harmful.”