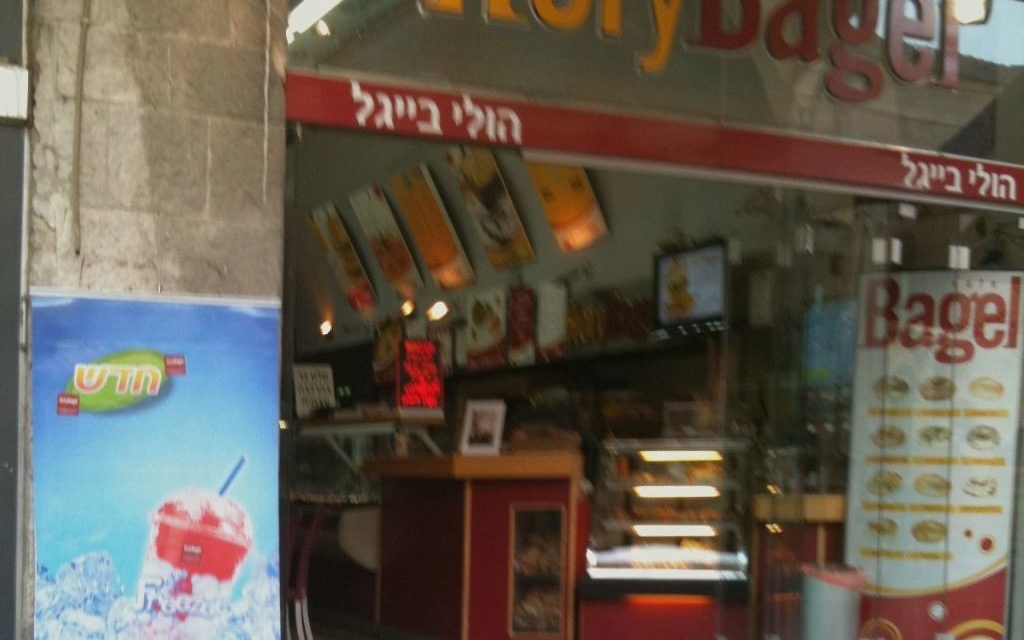 One thing glaringly missing from my life in Israel was the infallibly refreshing slush of the universally pleasing product – the Slurpee.

Here during the summer, for instance, I lamented the day of July 11 (7-11), where I had normally been accustomed to visiting multiple 7-11 locations to maximize my acquisition of free 7.11-oz. Slurpees that I could collect that day.

But my problems have been solved. As I first learned in a short piece on Ynet a few weeks ago and then in a lengthier Jerusalem Post story that I edited last week, one innovative immigrant to Israel decided to remedy this dry spell through his son’s inspiration.

Yesterday, after waiting online at the post office for an hour to pay my jay-walking fine, I figured I deserved to taste the new Israeli version of the substance I habitually crave – but dubbed in this country “the Freezee.”

Sure, Israel has its share of crushed ice drinks, but none before have used the imported colossus of a machine required to produce the perfectly blended combination of carbonated syrups that define that Slurpee.

The Freezee company has installed its machines at 10 locations in Israel, and in Jerusalem, Slurpee seekers can now satisfy their needs at Holy Bagel on Yafo Street, across the road from the Central Post Office and on the way from downtown to the Jaffa Gate of the Old City.

When I walked into the café, I met a friendly American-Israeli server who offered me free samples before I committed to buying a cupful of the slush – though I have to say ti was pretty obvious that I was going to do so regardless. The machine looked just like those you see at 7-11 and had three options – cherry, cola and a Sprite-like lemon-lime mixture. Clearly a spoonful wasn’t enough, and I purchased the medium (of three) sizes, approximately equivalent to the 22-oz. (second smallest) cup at 7-11 – though by no means equivalent in price.

But what can I say, it was worth it, and the server even let me mix tow flavors – cherry and Coke, as I always do in the US, to which my friend Emily Goldstein can surely testify.

The slush was certainly satisfying, though not quite as sweet as its 7-11 counterpart. But I will definitely be returning…though for this price, hopefully not too often!