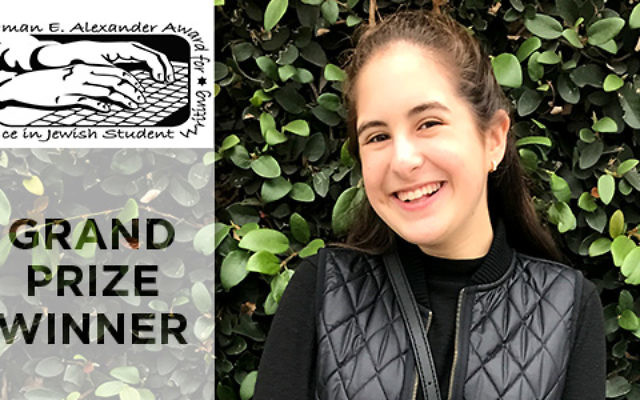 Editor’s Note: This article is the grand prize winner of The Norman E. Alexander Award for Excellence in Jewish Student Writing. Nearly 70 contestants from around the country answered the following question: “Choose a living or deceased Jewish-American woman and write about her legacy in any field such as law, medicine, sports, politics, entertainment, and more. Why are her accomplishments meaningful to you?” The contest was sponsored by the Jewish-American Hall of Fame and The Jewish Week Media Group.

After a long day in school, my favorite thing to do is come home, unplug and relax. My guilty pleasure involves connecting to Wi-Fi, logging into Netflix and watching “Friends,” my favorite show. It just so happens that if it weren’t for Hedy Lamarr, my guilty pleasure probably wouldn’t exist. What I have come to learn is that there isn’t a TV show as intriguing as the real-life story of Hedy Lamarr. Most people don’t know that in addition to her astonishing beauty, Hedy Lamarr’s head was also chock full of brains. She was more than just a top WWII pin-up girl and a manifestation of Hollywood glamour. Lamarr’s intelligence far surpassed her pin-up poster image. She experienced more drama, pain, and trouble than anyone can ever pack into a trumped-up Hollywood film.

What I have come to learn is that there isn’t a TV show as intriguing as the real-life story of Hedy Lamarr.

At the young age of 18, Lamarr, a successful screen actress in Germany, married an Austrian military industrialist fifteen years her senior. Lamarr’s husband quickly put the kibosh on her acting career. He was a military arms dealer with direct ties to Hitler, Mussolini and their respective fascist governments. German leaders routinely visitedLamarr’s home to discuss defense forces with her husband, Friedrich Mandl. Little did anyone know, the young bride was paying close attention and concocting inventions in her own mind. Desperate to escape her abusive, controlling husband, Lamarr devised a plan. On Aug. 10, 1933, she convinced her husband to let her wear all her jewelry out. However, instead of returning home, she ran away with all her jewels and plans for a new future.

As fate would have it, Lamarr boarded a ship to the United States and met 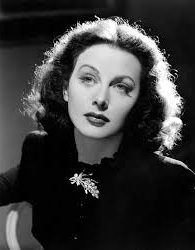 a man named Louis B. Mayer. Mayer eventually featured her in many movies, including “Samson and Delilah.” Lamarr slowly began to nurture her inner Thomas Edison, fostering all the ingenuity she learned in her previous life monitoring her horrible husband’s meetings. In her spare time, she invented machines and other creations. Her most successful patent was based on the idea of frequency hopping. This patent became the progenitor for Wi-Fi. Without Lamarr’s invention, technology might not be where it is today.

What speaks to me most about Lamarr is her incredibly abundant courage, intelligence and modesty. She abandoned the comforts of an opulent European life and started over in a new country. She also balanced a full life of acting and intellectual pursuits. Lamarr busted stereotypes. She was very successful yet humble, intelligent and stunningly gorgeous. On “The Merv Griffin Show,” the host asked her what brand of clothing she wears and what she does with her money. She simply replied that none of that matters and she’s just glad she is healthy. Like Hedy Lamarr, I hope to balance my social life with my cerebral endeavors and I aspire to be courageous and brave. I hope this incredible Jewish heroine’s amazing story is always remembered.

About the Author: Sonya Kest is a rising sophomore at Yula Girls High School in Los Angeles. Kest entered Fresh Ink’s writing contest to challenge herself and share the remarkable story of Hedy Lamarr.