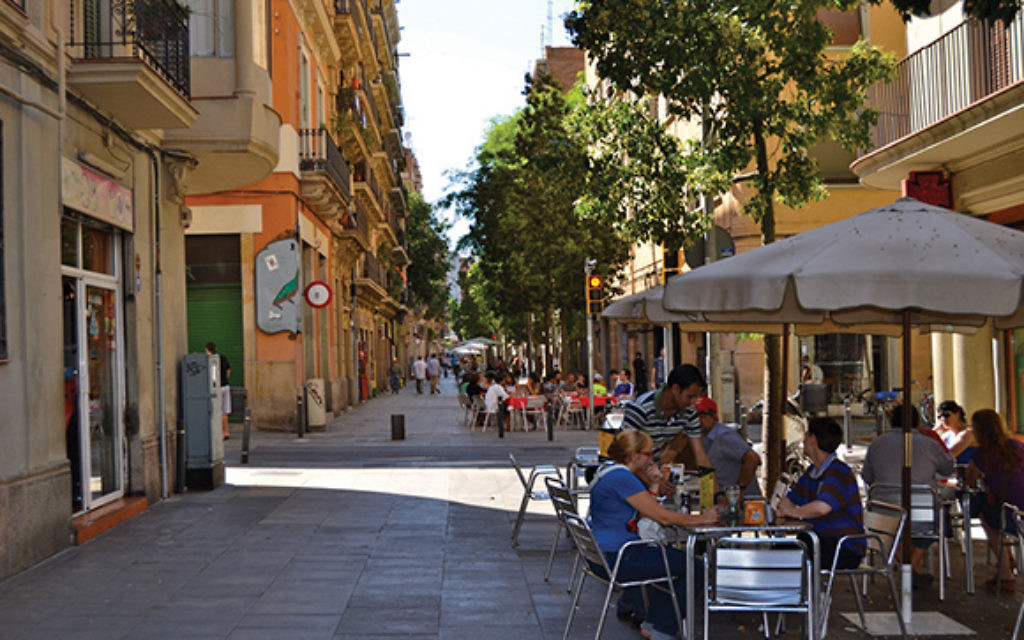 The claustrophobia might peak along the Ramblas, Barcelona’s fabled boulevard, in a shoulder-to-shoulder jostle of tourists and pickpockets. Or it might flare up amid the congested alleys of the Gothic Quarter — alleys that would feel romantic if there were room to breathe.

For very popular destinations, a moment arrives when the perpetual influx of selfie-snapping visitors threatens to overwhelm whatever charm drew people in the first place. And in Barcelona, the consensus is that tourism has reached a saturation point. Officials recently threatened to limit cruise ships at what has become the Continent’s largest port, citing the need to balance economics with the preservation of urban character.

But unlike the Cinque Terre or the Louvre — two places I feel have been irretrievably overrun — Barcelona is sufficiently large that an adventurous traveler can see the city while escaping the hordes. I know the city well enough that when people ask me for tips, I confidently send them to neighborhoods that are lively, distinctive and yet still local.

The Gothic Quarter (Barri Gotic in the Catalan vernacular) remains a must-see for its intact medieval core. But for a less hectic, equally atmospheric slice of central Barcelona, walk west from the Ramblas to Poble Sec, where narrow streets on the Montjuic hillside are lined with frescoed façades and wrought-iron balconies.

Lately popular with hipsters, Poble Sec retains a blue-collar barrio spirit from its days as a settlement for Castilian-speaking migrants. Carrer Blai, the pedestrian-only thoroughfare, is a fine place to people-watch or stop into a café for vermouth served with spontaneous flamenco. And the hilltop promenade, Passeig de l’Exposició, offers stunning views and near-total solitude by the park and Joan Miró Museum.

Back downtown, visitors have the impression that Passeig de Gracia is Barcelona’s answer to Fifth Avenue — a wide, elegant boulevard lined with high-end international boutiques. While a stroll here is de rigeur for the singularly stunning Modernist architecture, including several Gaudí masterpieces, head farther north for the boulevard where wealthy Catalans actually shop: Avinguda Diagonal.

Diagonal, so named because it cuts a northwest swath through the upscale Eixample neighborhood, is longer and wider than Passeig de Gracia, and it’s where the cognoscenti browse for French fashions and high-end jewelry. It’s also the gateway to the exclusive uptown neighborhoods where professionals, wealthy Catalans and a handful of Jewish families live, and where few if any tourists ever go.

Nearby, those Jewish families — mainly South American expats and resettled professionals from outside Catalonia — congregate at the Comunidad Israelita de Barcelona, tucked into a pretty street in the Sant Gervasi district. On the same block, you can meet Jewish neighbors over a café con leche and a kosher tortilla española at the Isamar Kosher café and market, which supplies kosher meats and groceries as well as prepared foods like vegetarian paella (the website, isamarkosher.com, is also in English). Buy a takeaway picnic and spread out at the nearby Turo Park, a lush green space with a pretty pond that is popular with families.

Down by the sea, complaints are rising over the raucous scene at Barceloneta, the main city beach. This once-sleepy fishing neighborhood — restored with imported sand and a stylish boardwalk for the 1992 Olympics — is today a magnet for tipsy packs of revelers who fly in on discount airlines. Barceloneta is still picturesque, but between the crowded sand, noisy buskers, itinerant beer-hawkers and cheesy tourist restaurants, it’s not the most relaxing beach.

The resort suburb of Sitges was a longtime alternative, but now that it’s in every guidebook, Sitges is similarly crowded — so instead, head northeast up the coast. Barcelona’s shoreline is one continuous stretch of sand, divided by breakwaters and marinas into beaches with distinct crowds (nudists, gays, windsurfers).

Mar Bella, the northernmost city beach, is generally peaceful and a good deal cleaner than Barceloneta. An even better option is to grab the commuter train north to Ocata, a wide, beautiful beach in the tony suburb of El Masnou. Home to many Barcelona soccer stars, El Masnou is a pretty village with an antique core, worth a post-beach aperitif or stroll. And the limpid waters and clean sand at Ocata are far nicer than anything in Barcelona proper.

What about after dark? The city center boasts numerous worthy flamenco clubs, where nightly crowds queue up for standing room only. For a more civilized experience, head to L’Auditori, a performing-arts venue that is home to the Catalonia National Orchestra, the world-renowned Casals String Quartet and a successful avant-garde music series featuring Hispanic composers. Though L’Auditori is next door to the National Theater of Catalonia and the Barcelona Conservatory, the neighborhood is peaceful and residential, with quiet, leafy streets you can have all to yourself.