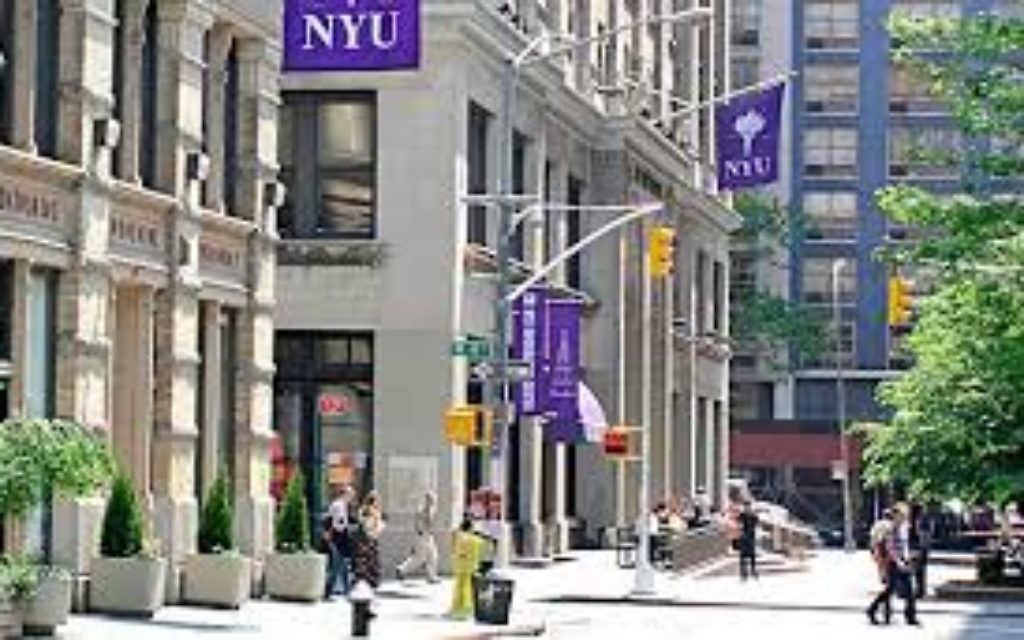 A new BDS initiative at NYU is calling for the university to close its program at Tel Aviv University, a measure far more extreme than any urged in previous petitions, The Jewish Week has learned.

The new referendum, drafted by the Graduate Student Organizing Committee (GSOC), a union of graduate employees at NYU, is being voted on this week. Results of the vote will be announced on Friday, the first night of Passover. The referendum calls on the university to divest Israeli state institutions and companies, and encourages members to make an “individual commitment” to participate in an extensive academic boycott of Israeli institutions, in addition to shuttering the Tel Aviv program.

The resolution reads, in part: “I will personally adhere to the academic boycott, by refusing to take part in any research, conferences, events, exchange programs, publications or other activities that are sponsored by or require official affiliation with the Israeli government or Israeli academic institutions.”

According to graduate student Samuel Zerin, this is the first time GSOC, initially created to negotiate fair workers’ rights for graduate student employees, has ever called for an academic boycott.

“There’s something very different about this,” said Zerin, 29, a Ph.D. candidate in the Graduate School of Arts and Science and a member of GSOC. “NYU has campuses all over the world, in locations with severe human rights violations, but there has never been a call to divest. Israel is being singled out in a very extreme manner.”

In response to the new BDS initiative, 10 Jewish graduate students came together over the past few weeks to mobilize a counter-plan. After creating a caucus for graduate students who oppose BDS, the core group encouraged 180 students to join the union in order to cast votes against the referendum.

However, members of the GSOC who support divestment have actively tried to stem the flow of new applicants, said Ilana Ben Ezra, one of the students involved in the counter-efforts. Of the 18 “stewards,” or graduate student leaders, who run the union, none of them oppose BDS, she said.

“There’s been a lot of fishy red-tape about who can register, who can’t — changing dates about when registration cards have to be in. It’s made it very difficult for us to mobilize,” said Ben Ezra, a first year Ph.D. student in the history and Judaic studies department.

Still, even more concerning than the far-reaching BDS referendum is the manner in which the GSOC has been “co-opted” to serve an “unrelated political purpose,” instead of functioning to serve the graduate student body, she said.

“The union is being used as a platform for BDS, which is absolutely not its purpose,” Ben Ezra charged. “The union is intended to ensure fair working conditions for graduate student employees. How can we succeed in our actual purpose if we are being divided over irrelevant issues?”

Maya Wind, a member of GSOC who supports the BDS resolution, believes the union’s parent organization, the United Autoworkers Union Local 2110 Executive Board, is actively trying to suppress the BDS vote. In a complicating controversy, the “local” elected several new stewards to the GSOC last week. Several of the new members openly opposed the BDS referendum, infuriating members who had been working on the initiative since last November.

“Such strong-armed interference in the election process is unprecedented in the union,” Wind told The Jewish Week.

Rabbi Yehuda Sarna, executive director of the Bronfman Center for Jewish Student Life at NYU, said the controversy has left him “astonished.”

“I’ve never seen anything like this,” he said. “This level of discord within a student union is unprecedented.”

Still, the biggest “surprise” has been “how the Palestinian cause is being manipulated by a union faction in order to grow its own power base,” he said. “This is not about helping Palestinians as much as it is about drumming up numbers.” Hosting a controversial vote in order to expand membership quickly is a method frequently used by unions, he said. “BDS might be the sideshow, but Jewish students are getting caught in the middle.”