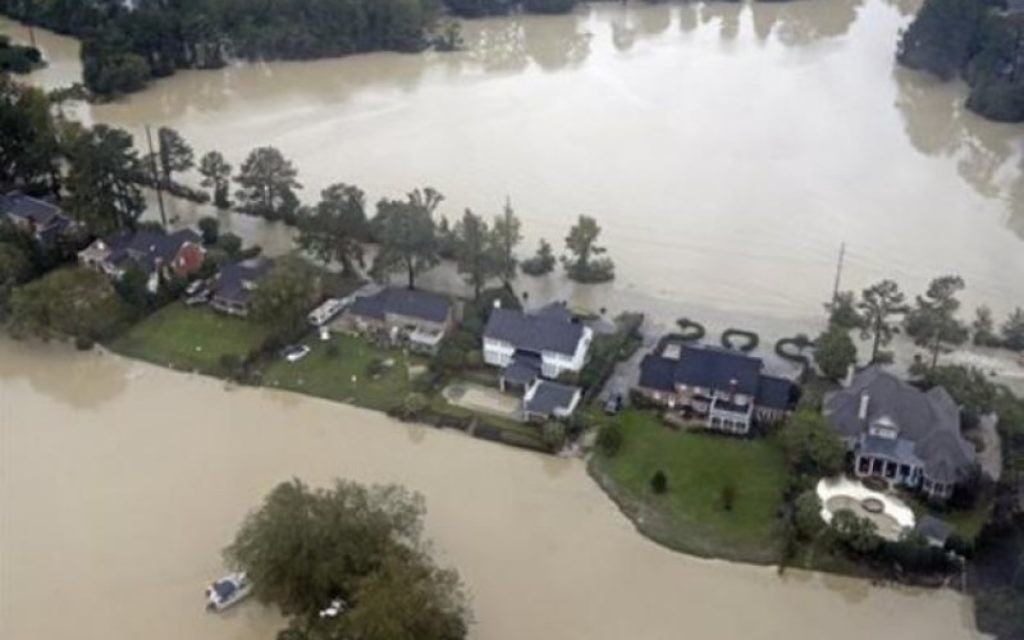 At least five people perished and more than 20,000 people have been rescued in Louisiana amid floods that began Friday due to heavy rainfall. The deluge brought 6 to 10 inches of rainfall to the southeast parts of the state. Several more inches fell Saturday, according to the National Weather Service, which warned floods may spread to Texas.

“People have lost their homes, cars, are out of work, and need food, clothing and shelter,” read the fundraising appeal posted Monday by Baton Rouge Beit Chabad, which opened last year, on their website.“ Some members of the Jewish community of Baton Rouge also “have seen major devastation,” said the appeal for the fundraising drive, whose goal is $25,000. “It is our job to reach out and help in any way we can.”

The local Chabad community, headed by Rabbi Peretz Kazen, said it will use donations “to help with immediate things such as food and clothing for people, as well as funding to help people get setup with temporary apartments or pay for hotels while they deal with their home clean up,” the text read. Many of the flood victims “have been shocked by the loss of everything,” read the appeal, which urged readers to “come together as a community, as we have seen in the past, and help out a fellow person.”

The Beth Shalom Jewish Reform congregation of Baton Rouge cancelled its Shabbat reception because of the torrential rains and its service for Tisha b’Av, a day of mourning that ended Sunday night.

“Our thoughts and prayers are with those affected by the storm. Everyone, please do your best to stay safe and heed warnings from your local authorities,” the congregation’s website read.