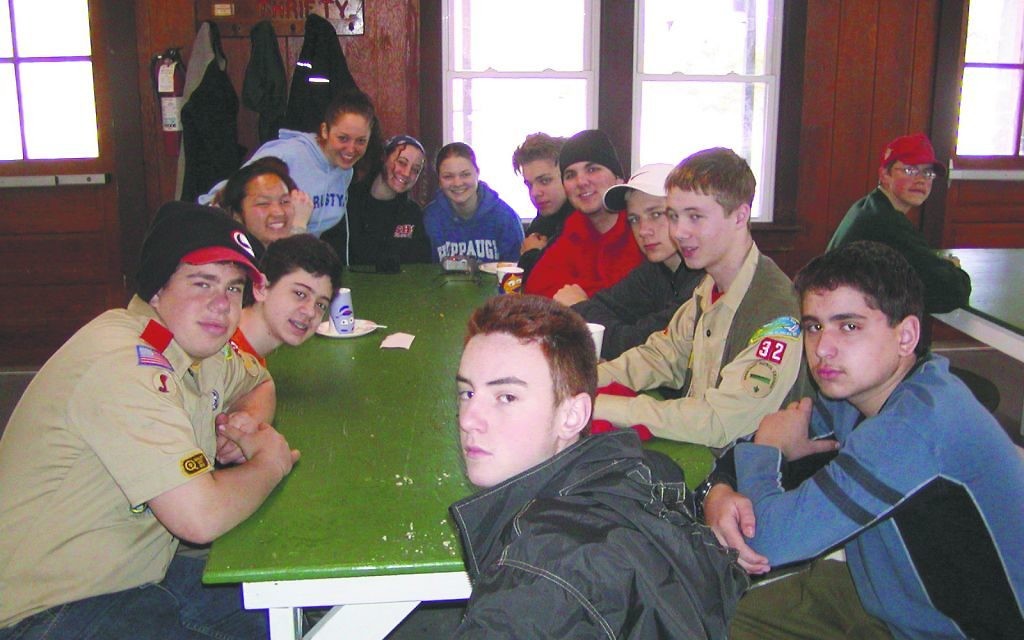 Although the Boy Scouts of America opted to delay until May 24 a vote on whether to end its controversial ban on gay members, the National Jewish Committee on Scouting wasted no time in voting for the change.

Just three days before the recent Boy Scouts meeting in Dallas, A.J. Kreimer, chairman of the National Jewish Committee on Scouting, held a phone meeting of regional chairs at which the subject was discussed.

“It wasn’t an issue about gays but of leadership and national standards,” explained Rabbi Peter Hyman, the group’s national chaplain.

After a lengthy discussion, he said he recalled that the vote was 27 to end the ban, one vote to keep it and one abstention.

Kreimer said the leadership was “overwhelmingly in favor of providing for inclusion” and that he would suspect that “individual members of the committee are going to be actively engaged in changing the position” of the Boy Scouts. He said there are an estimated 40,000 Jewish Boy Scouts.

“I believe this was the first time we discussed it,” he said.

Rabbi Hyman, who is Reform, said he attended the Scouts’ Dallas meeting on February 6 and made the Jewish Scouts’ position known at the Religious Relationship Task Force he attended.

“The National Jewish Committee did not offer a resolution,” he said. “I merely reported the results of the vote. The task force, comprised of members of different religious communities, did not vote. … People are divided on this issue. The decision to postpone a vote was made so that everybody who feels passionately on either side of the issue will be able to share their concerns with the national leadership and have their voices heard.”

Rabbi Hyman, who is also spiritual leader of Temple B’nai Israel of Easton, Md., said he voted for the change “because cultural values evolve.”

“The question I asked is what is best for temples or the Boy Scouts of America,” he said. “What is best for the institution, for the organization? It is clear to me that the national perspective on values and attitudes has evolved. All we have to do is ask the secretary of defense or the Joint Chiefs of Staff to see how the evolution has worked itself out.

Elliot Klugman of Great Neck, L.I., a national conference chair for the Jewish Committee who has served in a leadership position for more than three decades, said he questions whether the deliberations of the Boy Scouts of America “is about doing the right thing or about finance.”

“They are afraid they will lose sponsorships,” he said. “It has always been about the Catholic religion and Mormons. The Mormon Church changed its position recently about gays, and they are a key membership in scouting. … That change may have prompted the Boy Scouts to take a different position.”

Klugman was referring to a new Mormon Church website unveiled in December that encourages church members to be compassionate in discussions about homosexuality. It includes also an appeal to gay and lesbian Mormons to stay in the Church of Jesus Christ of Latter-day Saints, the official name of the religion.

But among those leading the effort to keep the ban on gays are scout leaders in Utah who say they have the support of more than three-dozen other scouting groups across the country. In Utah, the Mormon Church sponsors nearly all scout troops. Nationally, it is said to sponsor 37,000 troops with 420,000 scouts.

Kreimer said the Mormon Church is the largest religiously affiliated faith-based group in the scouts, representing about 60 percent of the 2.7 million scouts nationally.

The 103-year-old Boy Scouts has lost one-fifth of its members since 2000, when a 5-4 ruling by the U.S. Supreme Court upheld its right to ban gays. It has been under increasing pressure ever since to lift that ban.

Following the court ruling, the Reform movement’s Commission on Social Action mailed a memo to congregations recommending “that congregations withdraw sponsorship and/or housing of Boy Scout troops and Cub packs. It also “encouraged” parents to withdraw their children from non-Reform affiliated troops/packs.

“However, in understanding the long-standing relationship between Jews and the Boy Scouts, as well as the many positive aspects of scouting, the memo does not require this decision to be made,” according to the Religious Action Center of Reform Judaism. “Each congregation and parent has autonomy in choosing how to define their relationship with the Boy Scouts of America.”

“Scouting is an outstanding program and ought to be open to all young people,” Kreimer said. “My father was an Eagle Scout and I am and my son is and my brother and his son are. Jews have been involved in scouting since the very beginning in 1910, and we will be actively engaged in lobbying to support the change in leadership and membership standards.”