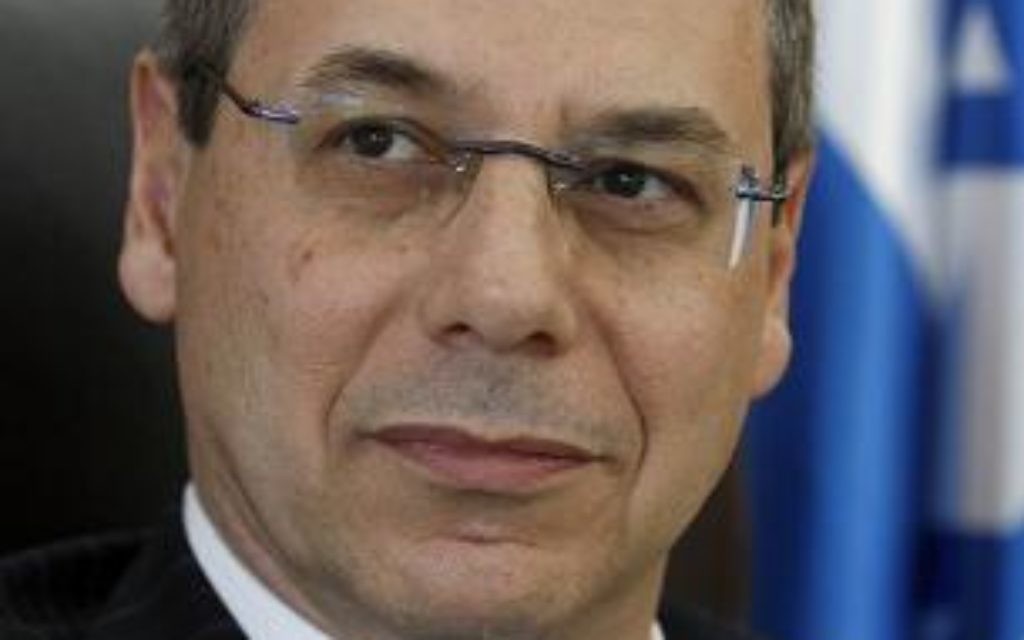 A senior Israeli official responded indirectly to two reports that blamed Israel in part for the “deepening fisical crisis” of the Palestinian Authority.

“The instinct is to blame Israel for the occupation,” said Danny Ayalon, Israel’s deputy foreign minister, about reports from the World Bank and the International Monetary Fund.

In remarks to members of the Conference of Presidents of Major American Organizations, Ayalon said he plans to tell representative of countries that donate money to the Palestinian Authority that the authority is “irresponsibly handling its finances.”

Ayalon pointed out that although the authority claims it doesn’t have money to pay teachers and police officers, it pays the families of imprisoned terrorists who murdered Israelis some 12,000 shekels a month. In addition, he said, Palestinian President Mahmoud Abbas is constantly flying “all over with a very large entourage.”

All of those expenses, Ayalon argued, could have been used to help pay the salaries of essential workers.

“Unfortunately, the PA today in debt by more than 700 million shekels to our electric company and it is indebted also to our hospitals and others,” he said, adding that the PA also fails to “collect taxes or bill for electricity and water.”

“Without Israeli cooperation in Judea and Samaria [the West Bank], I’m not sure it could survive one day,” Ayalon said. “These are issues I’m going to present to the international community of donors.”

The World Bank and the IMF are convening the donors’ meeting Sunday at the United Nations.

Israel has a “moral duty” to help the Palestinians, he continued, but he said he would recommend to the donor nations that there should be one body that oversees how all of the donor money is actually spent – something that is now lacking.

“When you look at the shortfall of the Palestinian budget, you have to be frank and honest about the pledges. The Gulf countries, primarily, are not paying in a full and timely manner, and it is important for all of us to remedy the situation.”

The PA now has an annual shortfall of some $400 million and the IMF and the World Bank are reportedly hoping that the donors will bridge that gap. In a report, the two organizations said the longterm viability of the PA depends on Israel’s easing curbs on private investment and taking other measures to stimulate the economy. That is most needed, the report said, in area C – the 61 percent of the West Bank that is under full Israeli control.

“Restrictions put in place by the government of Israel continue to stand in the way of potential private investment and remain the major impediment to sustainable economic growth,” said a World Bank report.

The donors’ conference comes at a time of Palestinian unrest in the West Bank. There have been many demonstrations and protest marches against the Palestinian Authority for its failure to pay salaries. As a result, the PA was forced last week to cut taxes and restore fuel subsidies.

The World Bank report said it is concerned not only about an economic slowdown in the West Bank but that there are “few positive prospects in the broader political environment.”

Ayalon said Israel too is worried because the PA continues to “refuse to sit with us about a whole array of issues. At the same time it blames us for the stalemate of the process, conducts a worldwide campaign of delegitimization against Israel and tries to take unilateral steps, including [seeking statehood] here at the United Nations. The Palestinians have not met the minimum standards for applying for statehood status. There has never been a situation where two parties have not ironed out their conflict before going to the U.N. to achieve statehood.”

He added that the Palestinians must be taught to realize that “the road to statehood goes only through us and not through New York or Geneva or anywhere else.”