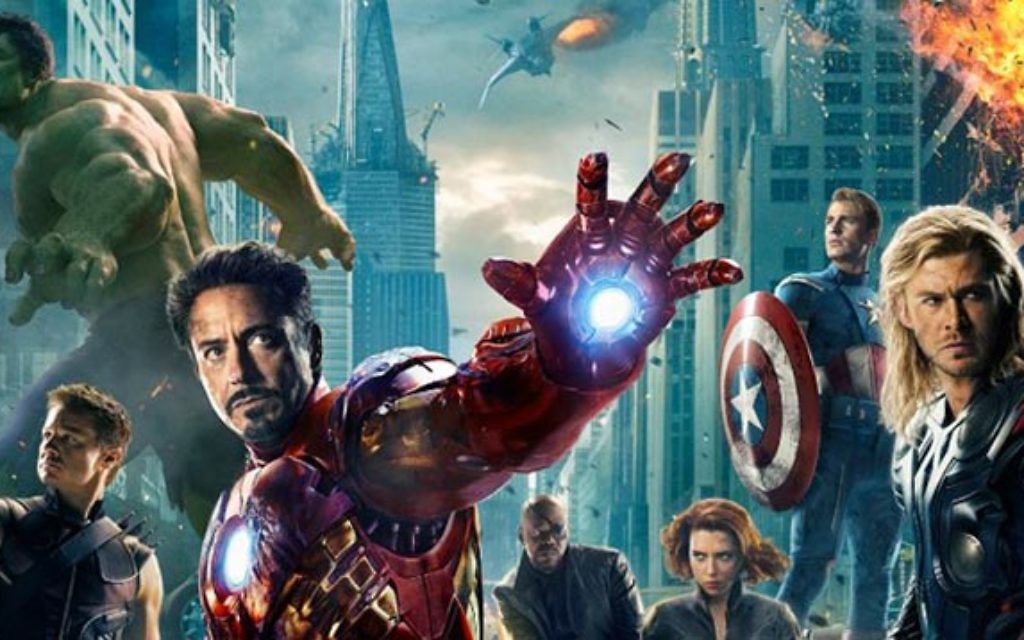 Books have been written about the role of many immigrant-offspring Jews in creating the comic book universe and such colorful, tights-clad denizens as Superman, Spiderman and Captain America. So there’s no point in predictable shepping nachas about how The Tribe has helped capture the imagination of three generations with inspiring tales of preserving truth, justice and the American Way.

Instead, a few hours after viewing the latest Stan Leiber-conceived, humongous-budget, star-studden action flick, “The Avengers,” I can highly recommend that it’s well worth the coin and two hours and 20 minutes.

The Times' AO Scott groused that “its failures are significant and dispiriting. The light, amusing bits cannot overcome the grinding, hectic emptiness, the bloated cynicism that is less a shortcoming of this particular film than a feature of the genre.”

OK. I also looked at my watch while Thor and his evil half-wit brother Loki were doing Shakespeare in the Park trying to create some dramatic tension, wishing director Joss Whedon had pitted the ultimate superhero squad against a terrorist sleeper cell instead of an invasion of Transformers led by an exiled god of Odin.

But despite the cheesy and underdeveloped rivalry between the heroes and often silly dialogue, “The Avengers” gives fans what they want the most – abundant scenes of powerful men (and one woman, Scarlett Johansson's Black Widow) being smashed through walls and entire buildings, then brushing themselves off to continue the fight as the mortals around them cower in fear.

This, after all, is what we speculate that the great Creators of modern super heroes were fantasizing about in their immigrant insecurity when they first took pen in hand in the Golden Age of comics in the 30s and 40s: Still being the “other,” the minority, but in a good way: Not only invincible against the designs of evil legions but equipped to shield the rest of the world from them, too.

That spirit was well preserved in last year’s “Captain America,” — which stayed true to the character’s origin rather than update him as in the case of Batman's Dark Knight — and had the shield-tossing hero smashing the wartime Nazis, not long after Brad Pitt and his Jewish posse did so in “Inglorious Basterds,” as did Daniel Craig in the true story of the Bielsky Brigade’s “Defiance.” A motley crew of Stan Lee's crusaders also tangled with an evil Nazi doctor in last year's "X-Men: First Class."

Mortal combat scenes can only be exciting when we feel truly invested in the outcome, which is why the first half of “The Avengers” is cumbersome as we see the good guys spar over nonsense.

The defiant anti-totalitarian sensibility of the likes of Bob Kane, Joe Simon, Jack Kirby, Jerry Siegel and Stan Lee comes across quite well once the team finally forms an alliance. Fittingly, this pivotal scene happens in Germany. After brainwashing a brilliant scientist and a few valiant soldiers into serving him, Loki steals the weapon he needs to begin the invasion of earth, then storms out onto a Stuttgart street.

While at first the civilians run, they ultimately capitulate to Loki’s demand that they kneel before him, just as the real Germans did before their deadly real villain almost 80 years ago. Like the Austrian Hitler, he too is a carpetbagger, denied a throne in his own world and looking for proxy subjects here.

One elderly man rises in defiance. It’s never said, but we can easily imagine him as a Holocaust survivor.

“Not this time,” he says, as the Avengers arrive.

Heroes have become more complicated since the Golden Age. Once spewing patriotic diatribes and wisecracks as they roughed up and rounded up the bad guys and won the key to the city, they are now often brooding, guilt-ridden, insecure and always unlucky in love.

But the villains are consistently maniacally evil, gushing with a deluded paternalism and spouting nonsense about creating order and, in Loki’s case, “freeing [us] from freedom,” whatever that means.

That’s why it’s always so satisfying to see them get beaten to a pulp by the likes of the Hulk, Iron Man and Captain America.