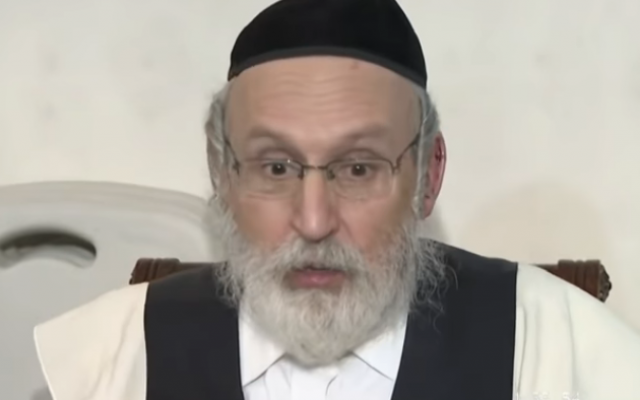 Neither man was seriously injured.

Evan Bernstein, the ADL’s New York/New Jersey regional director, said the two incidents were apparently unrelated, but appear to be part of a trend of increasing anti-Semitic incidents in New York State “since the [2016] election season.”

Bernstein said the increase — 12 anti-Semitic assaults in the state so far this year, compared with 11 in all of 2017 — reflects the tension evident in many parts of American society as a result of polarization of people on various parts of the political spectrum.

“It’s a continuation. It’s not going away,” he said. “My fear is that anti-Semitic assaults become ‘normalized’ like swastikas,” which are scrawled and sprayed on Jewish sites in increasing numbers, drawing less attention from the public and politicians.

Nine of the dozen assaults in the state this year took place in Brooklyn, home to most of New York State’s Orthodox Jews, Bernstein said.

“Openly Jewish” individuals, who dress in traditional Jewish garb, are “more susceptible to an attack,” he said.

Bernstein said he has heard reports of “a lot of fear” expressed by residents of the city’s Orthodox neighborhoods. Representatives of Jewish organizations in those areas will be discussing enhanced security measures in the coming days, he said.

The Crown Heights attack, according to witnesses, was carried out by a black teenager carrying a stick who began chasing an older Jewish man who attempted to run away. He ducked inside a Jewish-owned laundromat, but the teen followed and managed to hit him on his back and shoulders.

Witnesses chased after the teen, who was apprehended and arrested by police with the assistance of the Shomrim volunteer patrol.

The assailant in the Borough Park attack was identified as 37-year-old cab driver Farrukh Afzal. He reportedly attacked the victim, identified as Rabbi Lipa Schwartz, 62, because he thought the rabbi was the Orthodox Jewish man who had stepped in front of his car earlier in the day.

Rabbi Schwartz , according to Yeshiva World News, said Afzal shouted “Allah, Allah,” said he wanted to “kill all Jews,” and made references to Israel throughout the attack.