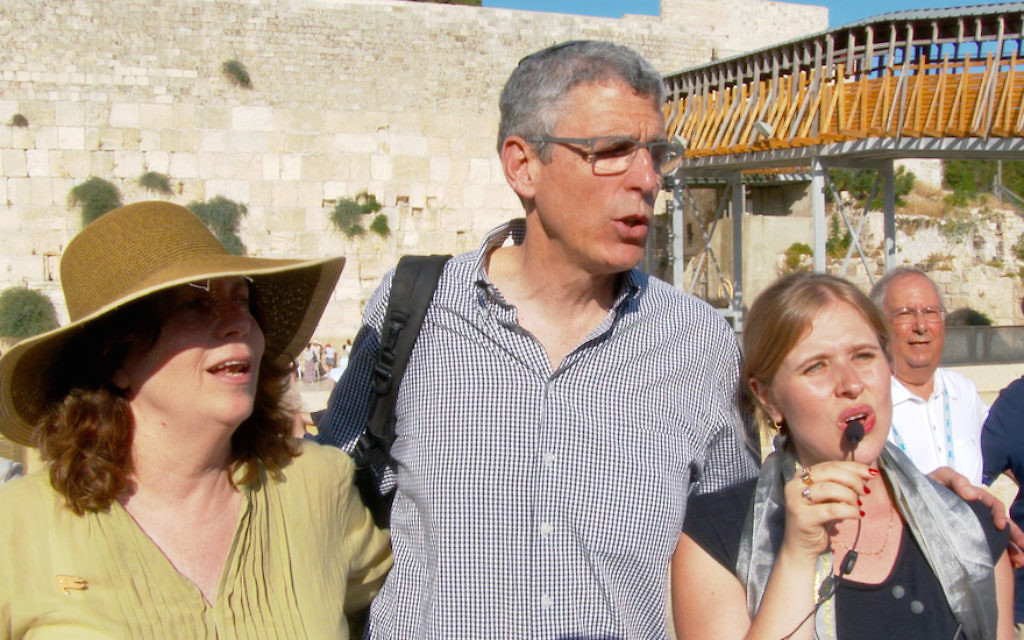 Jerusalem — The head of the U.S. Reform movement led egalitarian prayers at the Western Wall plaza.

Rabbi Rick Jacobs, president of the Union for Reform Judaism, on Monday held the prayer service with some 200 rabbis and lay leaders. Most were participating in a summer seminar at the Shalom Hartman Institute, a pluralist educational organization.

The service was in support of the efforts by a group of allies — including the Reform and Conservative movements, Women of the Wall and the Jewish Federations of North America — to change the status quo at the Kotel to allow for a pluralistic prayer space, the Union for Reform Judaism said in a statement.

Following the service, Jacobs called for the implementation of the decision made by the Israeli government in January to establish a pluralistic prayer space at the holy site. Late last month, a group of Orthodox Jewish organizations filed a petition with Israel’s Supreme Court to prevent the establishment of the egalitarian section.

Jacobs told the group: “The Jews of the world saw in this decision that the government of Israel said, ‘you are at home; you may live in Netanya, Toronto, Argentina, but this is your home.’ We have got to get this unstuck; we have to express to the government that we really mean what we say.

“With our proposed change — in favor of which the government ruled — every single day there will be groups of Jews from around the world who will come to this place and not feel like visitors, quietly and meekly taking our place-but in full voice, be who we are, saying ‘this too, is our place,’” Jacobs added.

A similar service was held at the Western Wall plaza last month. Haredi Orthodox men at the site tried to disrupt that service, leading to scuffles.