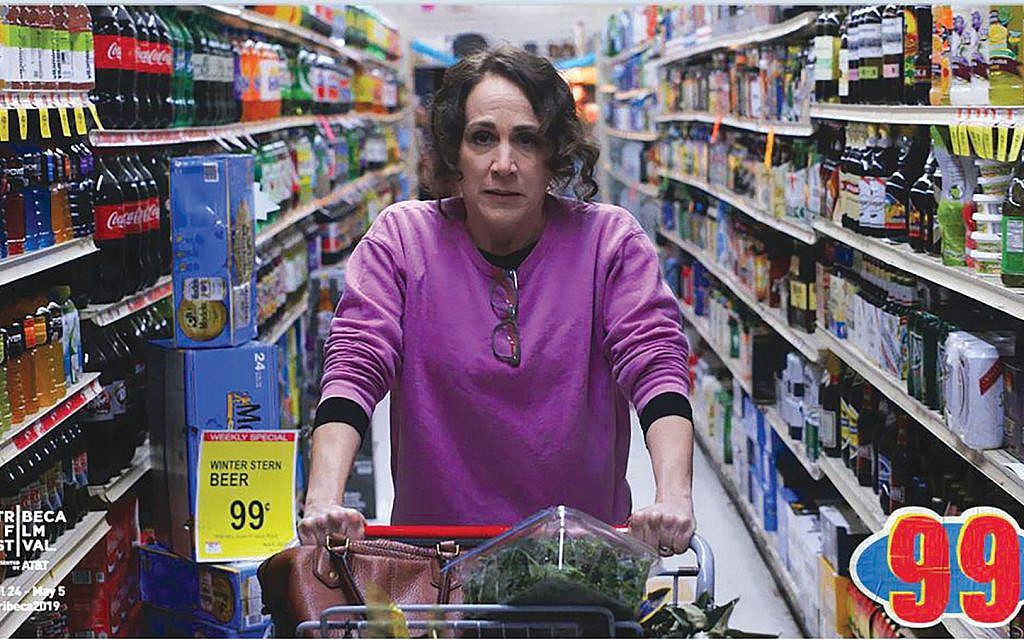 Kathryn Markey searches for a bar mitzvah present in the short, “99.” Via Twitter

Sitting through several entries in this year’s Tribeca Film Festival, which opened on April 24, one is reminded that there is no correlation between the length of a film and its quality. Among the Jewish-themed films in this year’s event, the ones that most impressed me were 71 minutes, five minutes and four minutes and 58 seconds long.

Consider the two short films made by local boy Nick Borenstein, “99” and “Sweater.” (Even the titles are short!) Borenstein is a talented and funny gay Jewish filmmaker who has an unerring eye for compositions driven by brilliant color schemes, a dry sense of humor and a warm equanimity that spreads wide enough to cover all his characters. “99” starts out as a seemingly aimless troll down the aisles of a 99-cent discount store, with a somewhat ditzy middle-aged housewife (Kathryn Markey) trailed by her sarcastic son (Borenstein) as they look for a bar mitzvah present. (Can you buy a bar mitzvah present in the 99-cent-store?) At first one fears that the film will quickly accelerate into a cruel roasting of the woman, but Borenstein is not interested in the obvious cringe humor that pervades our pop culture these days, and the characters redeem one another with real wit and feeling.

The same may be said of “Sweater,” in which the protagonist (Borenstein again), perhaps the same young man from “99,” experiences a day of terrible disappointments that is rescued by the offer of a free cup of coffee, a deliriously improvised musical interlude and a wonderful punch line. It’s impossible to tell from such slender evidence if Borenstein has a feature film in him, but it would be just fine if he keeps making shorts like these. The two films are part of the Tribeca N.O.W. (New Online Work) program.

Steven Cantor’s new documentary “What Will Become Us?” is a profile of Australian real estate and shopping center magnate Sir Frank Lowy. Co-founder of the Westfield Corp., Lowy served as its CEO for over 60 years. At 87 he is faced with a difficult choice, a merger offer from a larger European company that is, as he puts it bluntly, “in effect a takeover.” It’s a watershed moment for him and the perfect time for the kind of stock-taking the film represents as he admits, “It’s hard to imagine how I ended up here.” 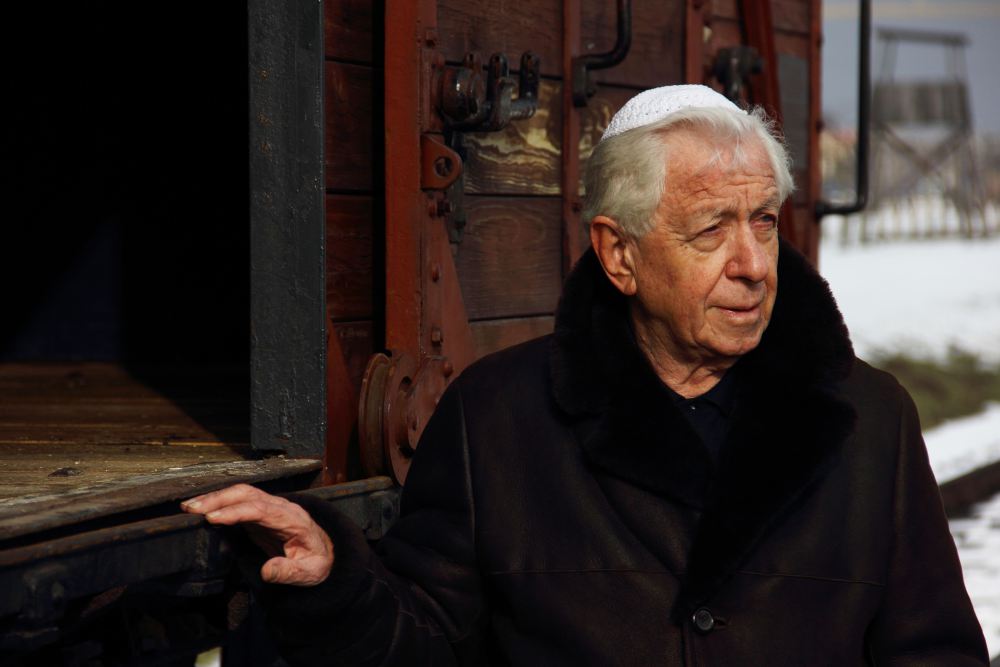 Lowy’s road to Sydney and immense wealth was not a conventional one. He was born in Slovakia where he experienced violent anti-Semitism with the approach of World War II. His father, sensing that disaster was approaching, moved the family to Budapest which, of course, turned out to be only marginally better. His father went to the main train station one morning and never returned. Eventually, Frank would become a passenger on an illegal refugee ship to Palestine and spend six months interned in Cyprus. He fought in an Israeli commando unit in 1948 and was reunited with his surviving family in Australia in 1952. “All that was missing was my father,” he tells a writer working on his biography.

That absence would haunt him throughout the years of building a successful commercial empire, through over 60 years of marriage, raising three sons, and numerous grandchildren and great grandchildren. Eventually, in a totally unexpected way, he would find the solution to the mystery of his father’s disappearance.

Lowy’s story is a familiar one, a reminder of the tragically high cost of historical trauma to those who live through it: the inability to pierce a self-imposed silence, the nagging sense of incompleteness, the inability to adequately mourn in the face of uncertainty. Cantor does a superb job of conveying all this while keeping us engaged with the suspense of the corporate drama that is unfolding all the while and the personal drama of Lowy’s wife and her losing battle with Alzheimer’s. The result is a somber film that derives much of its power from the unsentimental presentation of emotionally charged material. Highly recommended.

The 2019 Tribeca Film Festival runs from April 24-May 5 at theaters all over the southern half of Manhattan. For information, go to tribecafilm.com/festival.