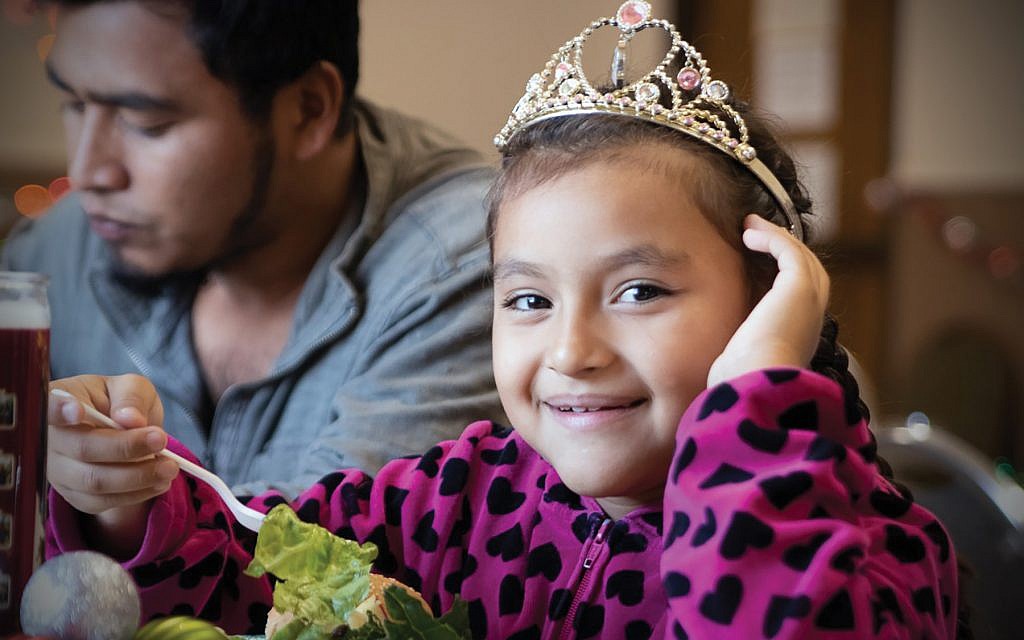 Temporary respite: “We care about families, and the health of families,” said Dana Toppel, chief operating officer of the Jewish Family Service of San Diego, “whether it’s for two hours or two years.”

When the Jewish Family Service of San Diego was founded in 1918, it began helping refugees cross the border from Mexico to the U.S. in search of a better life. A significant number of newcomers were Jewish.

A century later, that commitment to protect the rights of immigrants and defend against family separation continues. But the urgency has increased dramatically since the Trump administration sought to severely limit the number of people seeking asylum in the U.S. And the JFS, as a key partner in a coalition of human rights and social service groups known as the San Diego Rapid Response Network (SDRRN), has stepped up to the challenge. It is playing a vital role, caring for more than 8,000 asylum seekers in the last four months at a temporary migrant shelter.

The facility, which is moving from a Catholic retreat center to an old courthouse this week, was meant to accommodate 100 people a day but sometimes takes in almost twice that number.

The migrant families, mostly women and young children, stay between 12 and 48 hours and are provided with water, food, new clothing, a place to sleep, medical treatment, basic orientation, legal advice and other resources in this way station between their past and future.

“Our work is not political, it’s humanitarian,” Dana Toppel, chief operating officer of the local JFS, told me the other day. What’s changed, she said in borrowing a phrase first attributed to the social service agency HIAS, is that “we used to help refugees because they were Jewish. Now we help because we are Jewish.”

She noted the biblical mandate to treat the stranger with compassion. 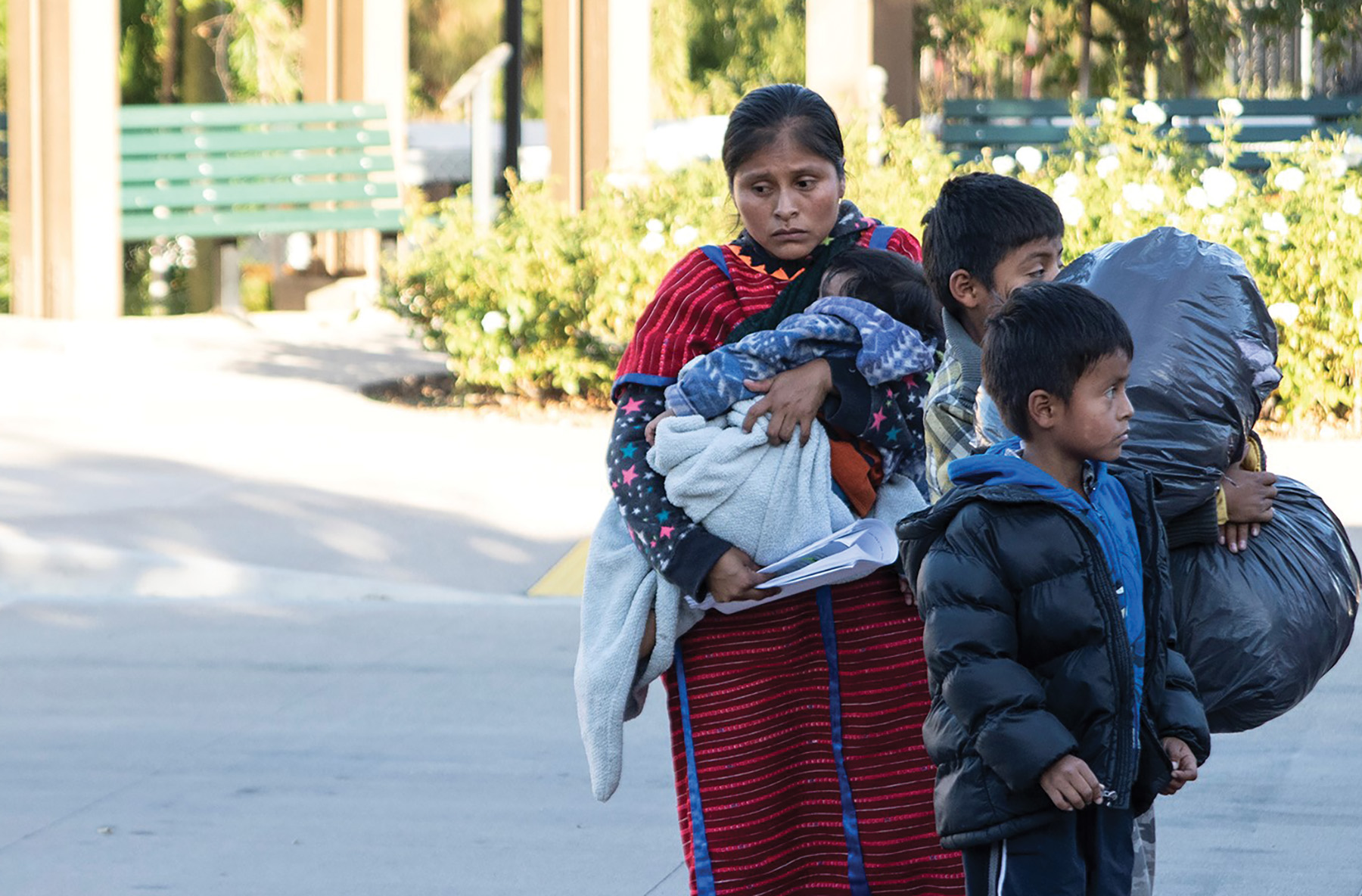 Back on the road: More than 99 percent of the asylum-seeking families travel outside of San Diego — most outside of California — to reunite with family or friends.

HIAS, which has been helping refugees in the U.S. since 1881, is involved in the effort as well, contributing the services of a full-time attorney to help the asylum seekers with legal issues. Mark Hetfield, president and CEO of HIAS, recently visited the San Diego facility, which is one of the two biggest resettlement centers in the country. (The other is in Columbus, Ohio.) He said he was impressed with the efficiency of the program and the calm atmosphere it provided for the families who had been in squalid detention centers for an extended period of time.

“We are looking at other ways we can help, and we’d like to see other Jewish communities in border areas doing this kind of work,” Hetfield said, noting that the JFS effort was “a real role model” for a national scale.

The emergency situation began when the Trump administration slowed down the work of processing asylum seekers, which created a bottleneck of hundreds of vulnerable families waiting 45 days or longer to first enter the U.S. through the Tijuana-San Diego border, the largest land border crossing in the world. Exacerbating the problem, last October, Immigration and Custom Enforcement (ICE) ended its “Safe Release” program, which helped families requesting asylum to connect with family members in the U.S. who serve as sponsors. After screening newcomers for security threats, ICE used to help the asylum seekers with travel plans before releasing them.

Toppel recalled that one day last fall JFS received calls from people in San Diego who noticed a number of confused women and children walking aimlessly through the streets. They were asylum seekers who had been dropped off by ICE at the local Greyhound bus station after summarily being told they were on their own. That’s when JFS went into high gear, seeking partners to create a temporary migrant shelter. 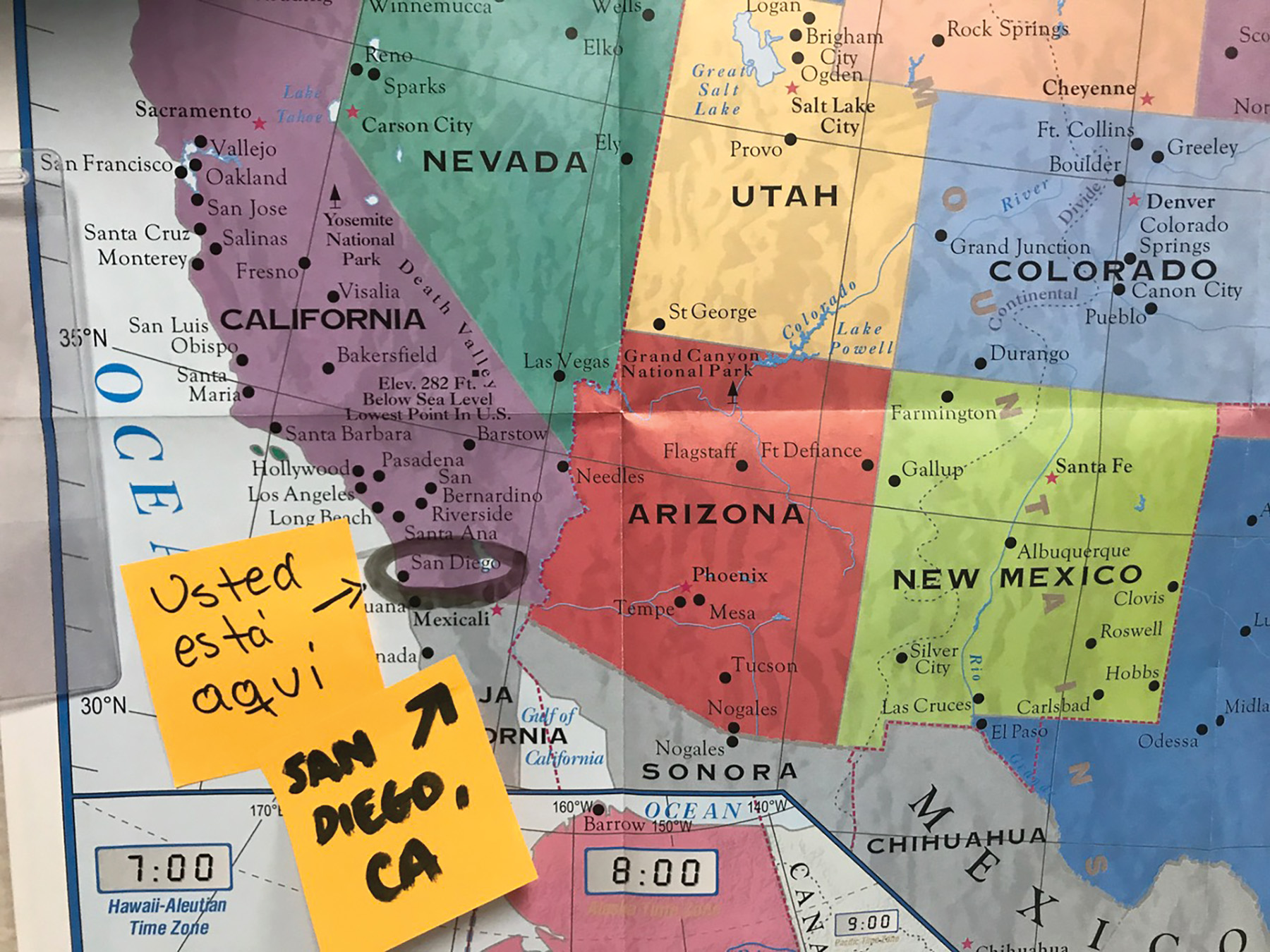 Crossing over: The Tijuana-San Diego border is the largest land border crossing in the world.
Photos courtesy of San Diego Rapid Response Network

Fortunately, the SDRRN was already in place. Having anticipated two years ago the projected increase of asylum seekers at the nearby border, the coalition recognized that the situation could “cause extreme trauma and toxic stress to our community,” Toppel said, “if we didn’t step in and address health issues” and the potential for human trafficking and other problems. She noted that “the pre-work we did enabled us and our partners to get right to work.”

Toppel acknowledged that there is significant controversy in the community about aiding those whom President Trump has described as a dangerous element unwanted in the U.S. But she said the JFS board “has been very supportive and we see humanitarian value in our work. We care about families, and the health of families, whether it’s for two hours or two years.”

The migrants are now met at the bus station by SDRRN volunteers or dropped off at the shelter, which costs about $5.4 million a year to operate. Those funds come from the city and state and private donations. (Toppel emphasized that the JFS has not cut back on any of its existing programs while doing additional fundraising for the shelter.)

David Sable, a marketing executive and a board member of UNICEF in New York (and Jewish Week board member), toured the San Diego facility last month and came away inspired by the Jewish involvement in the project, with JFS as its fiscal agent and lead operator.

“It was wonderful to see Jewish, Christian and Muslim volunteers coming together to serve at the shelter,” he said. “Different communities, different politics, but joined in a passion to bring humanity to this situation.”

Different communities, different politics, but joined in a passion to bring humanity to this situation.

He said U.S. customs and immigration officials pointed out that the migrants, mostly from Central and Latin America, are not a terror threat and are not from the poorest class. “These are people with some social mobility and a strong motivation to improve their lives.”

Sable noted that in observing the activities, “you couldn’t help sitting there and seeing, for all the differences, your grandparents” coming to America to seek asylum, in pursuit of better lives for their families and future generations.

JFS and its coalition partners emphasize the need for a permanent shelter in San Diego and a national approach to the situation. In the meantime, the San Diego community has shown what can be accomplished when people of good will work together for a common cause that transcends their political differences.

As Sable noted, “they remind us that it’s within our reach to do the same.”