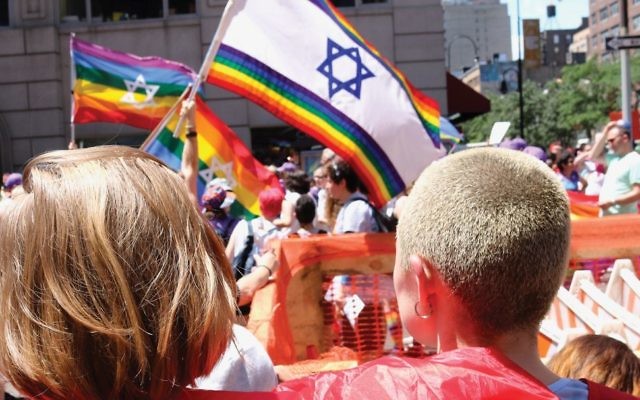 At a time when the Jewish community is becoming increasingly inclusive of its LGBTQ members, the wider LGBTQ community may be growing less welcoming to its pro-Israel members. At the Chicago Dyke March last Saturday, three women were asked to leave because they were carrying Jewish Pride flags, which consist of two rainbow stripes with a blue Star of David in the center, in the style of an Israeli flag.

In a statement on Twitter released on Sunday afternoon, organizers of the Chicago march said that those carrying the Jewish Pride flags were asked to leave after they “repeatedly expressed support for Zionism” in conversations with march organizers. “The Chicago Dyke March Collective is explicitly not anti-Semitic,” they wrote. “We are anti-Zionist.” 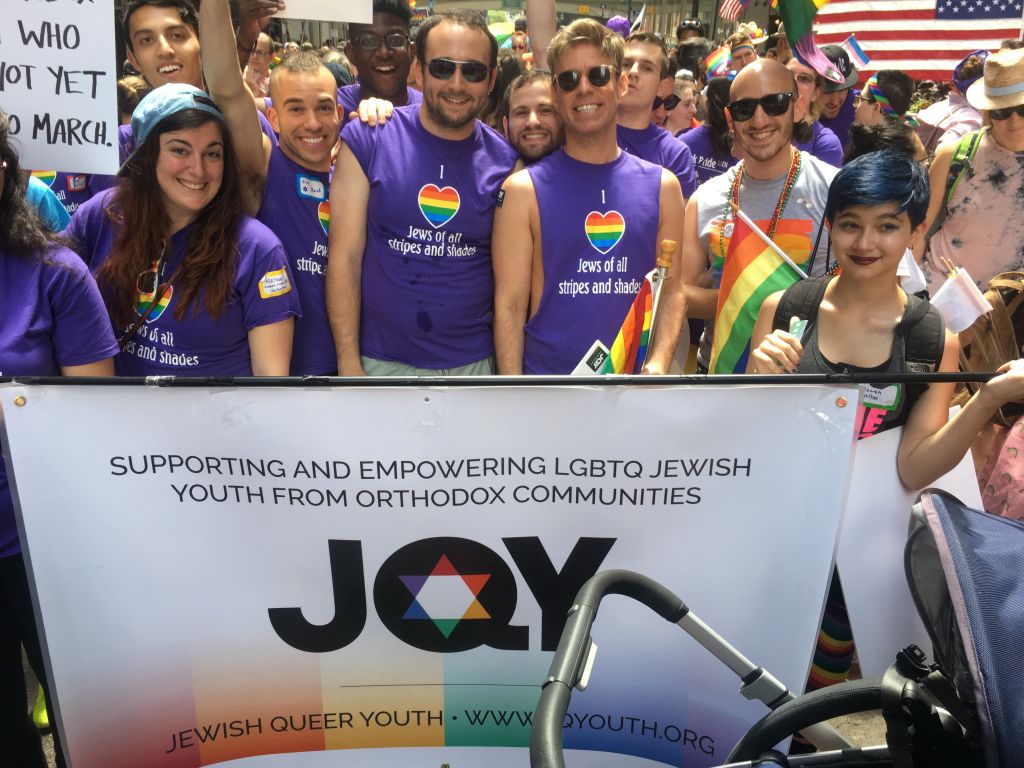 Marching with JQY at the New York Pride Parade on Sunday, June 25, 2017. Courtesy of Mordechai Levovitz

Though the LGBTQ community has grown accustomed to attacks from the right, intersectionality, the movement to align social justice causes with one another to further their goals, pits left-wing causes against Zionism. At the Celebrate Israel parade earlier this month, the LGBTQ coalition was infiltrated by Jewish Voice for Peace, a Jewish activist group that supports Israeli withdrawal from the West Bank and the BDS (boycott, divestment and sanctions) movement. The protesters, who posed as members of the LGBTQ marching group, were there to counter “pinkwashing,” the distraction from Israel’s treatment of Palestinians by focusing on Israel’s openness to the LGBTQ community.

“I refuse to let anyone suggest that it is paradoxical or hypocritical to be a lover of Israel and a lover of humanity in this way.” – Rabbi Lewittes

“I find that Pride parades are becoming more tepid about the prominence of Israeli symbolism and Israeli flags and the idea that you can be queer and Zionist,” said Hannah Simpson, an LGBTQ activist and participant at the New York Pride parade. Simpson marched with the Jewish cluster, led by Congregation Beit Simchat Torah, a leading LGBTQ synagogue in Chelsea.LGBTQ Jews who support Israel are increasingly finding themselves caught in the crossfire between the two causes. 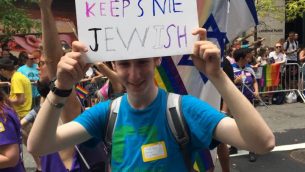 At the New York Pride Parade on Sunday, June 25, 2017. Courtesy of Chaim Levin

“I think of all the marginalized communities that should know what it means to be ‘othered’ and cast out,” she said. “To see us now doing that to ourselves is tremendously alarming.”

At a brunch for Jewish marchers at the New York City Pride Parade hosted by a number of Jewish organizations, Jewish Queer Youth executive director Mordechai Levovitz gave a rousing speech encouraging the marchers to march with pride while respecting those who disagree with them. “The idea of a community is that we can disagree and still love each other,” said Levovitz. “We need to hear not only the people who think like us, but especially the people who don’t think like us.”

While some attendees worried that there could be tension at the parade, many took it in stride. “I would say that I’m a little bit more vigilant and a little more cynical,” said Sean Herzfeld, a teen from Westchester who recently graduated from Westchester Hebrew High School. His mother, Emily Herzfeld, agreed. “It’s nerve racking but you got to live it,” she said. “What am I going to do cower in my bed the rest of my life?”

While recognizing Israel’s shortcomings, Rabbi Adina Lewittes of Sha’ar Communities, a non-denominational synagogue in Fort Lee, N.J., insisted that support of Israel and LGBTQ are not contradictory. “I think it’s so important to be here to not succumb to those kinds of easy and way too facile condemnations,” said Rabbi Lewittes. “I refuse to let anyone suggest that it is paradoxical or hypocritical to be a lover of Israel and a lover of humanity in this way.”