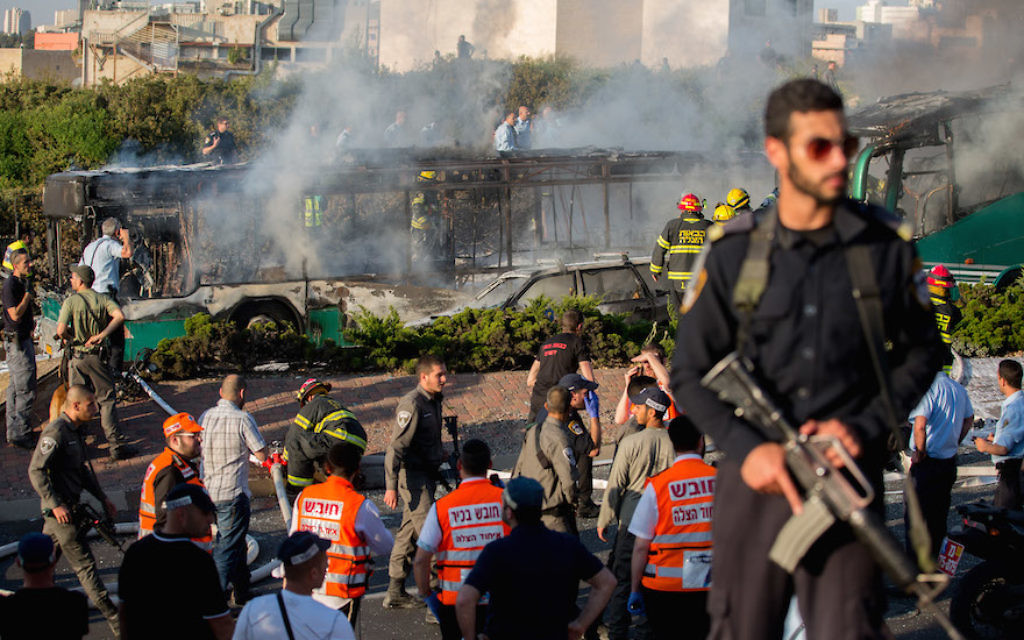 Jerusalem — At least 15 people are reported injured in an explosion Monday afternoon on a public bus in Jerusalem that is being investigated as a bombing or an engine malfunction.

Two of the injured in the explosion on Derech Hebron Road, in the Talpiot neighborhood southern Jerusalem, are in serious condition.

Police believe a bomb may have been placed in the engine of the bus, considered a more sophisticated way to attack, Israel’s Channel 1 reported. However, they also are looking into the possibility that there was a fault in the engine.

A second bus and a private vehicle reportedly caught fire in the explosion.

The bus reportedly was empty at the time of the explosion. The injured were on the second bus that caught fire.

The injured were taken to three Jerusalem-area hospitals.