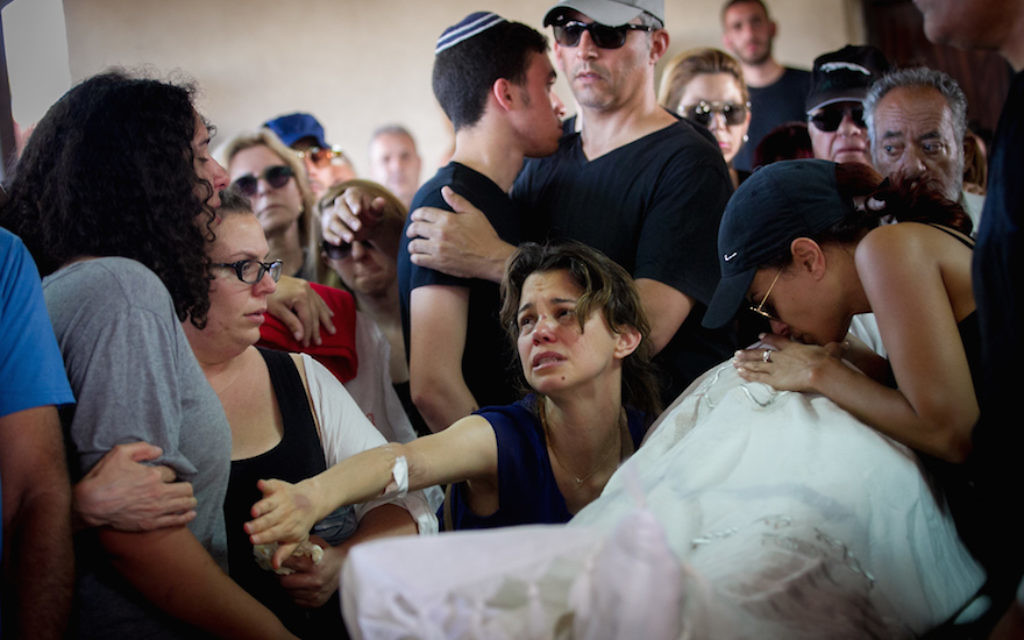 The father of one of the victims of Wednesday’s terror attack at a Tel Aviv shopping center criticized the Israeli government for not doing enough to resolve the Israeli-Palestinian conflict.

At the funeral Thursday for Ido Ben Ari, one of four people killed when two Palestinian terrorists opened fire at the Sarona Market in central Tel Aviv the previous evening, the father of the 42-year-old Coca-Cola executive criticized the government’s response, according to The Times of Israel.

“The leaders we elect at democratic elections are supposed to find a strategic solution, which demands far-reaching vision, concessions, a creative solution, and not mantras and laundered words,” the father, whose name was not published, said at the funeral in Yavne, which was attended by hundreds. “Last night, after the attack, the prime minister and two of his ministers arrived and yet another security Cabinet issued decrees — not to return corpses, to put up barriers, to destroy houses and to make lives harder. These solutions create suffering, hatred, despair and [lead] to more people joining the circle of terror.

“What’s needed is a solution rather than saying all the time that there’s nobody to make peace with,” the father continued. “We chose you to stop the cycle of blood. Already 49 years you’ve been trying to solve things tactically and you haven’t succeeded. The time has come for a strategic solution.”

Ben Ari, of the Tel Aviv suburb Ramat Gan, was dining with his wife and two children at the Benedict Restaurant in Sarona Market at the time of the attack. His wife was also injured.

Two other victims, Mila Mishayev, 32, of Ashkelon, and Michael Feige, 58, also of Ramat Gan, will be buried Friday afternoon, according to The Times of Israel. The date for the funeral of the fourth victim — Ilana Naveh, 39, of Tel Aviv — has not been made public.