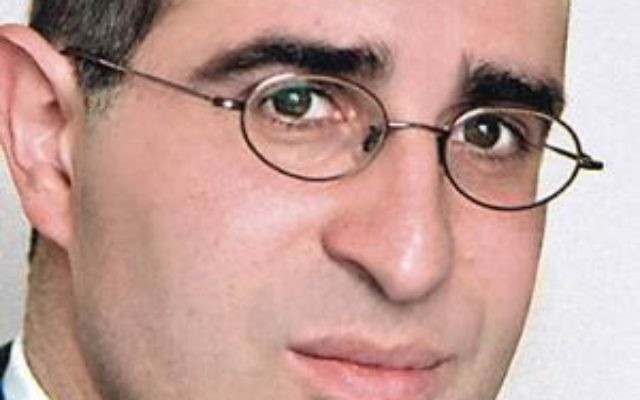 The contrast between what is legally permissible and what is right was put into sharp relief in a ruling this week by the Polish Constitutional Tribunal regarding Holocaust restitution. The court upheld the constitutionality of legislation that would limit the rights of claimants in Warsaw.

When Polish Holocaust survivors returned home from the depths of hell even those who recovered their house, farm, or business soon found their property taken away again — this time by the new Communist regime.

In October 1945, the Communist government issued a decree transferring ownership of property in the prewar boundaries of Warsaw to the Warsaw Municipality. Warsaw was home to 350,000 Jews before the Holocaust, 30 percent of the city’s population.
The decree gave now-former property owners the right to apply for temporary ownership rights in what had been their property.

As these claims languished in Communist Poland, most survivors left Poland looking to escape Communism or anti-Semitism, or to rebuild their lives. As the decades came and went, survivors forgot about these claims in Warsaw, despaired of recovering their property, or simply passed away. Most of their children and grandchildren did not know of the claims or the properties that were taken from their parent or grandparent.

Other Polish survivors from Warsaw left the country without filing claims before the December 1988 deadline. And, of course, most Jewish property owners did not survive the Holocaust.
Rather than solve this problem, the Polish Parliament passed legislation last year to foreclose opportunities for claimants in Warsaw. The law targets claimants, and their families, who have waited up to 70 years for their claims to be processed, and other former property owners who do not know of their right to reclaim their property.

The World Jewish Restitution Organization submitted a “friend of court” brief urging the Constitutional Tribunal to declare the law unconstitutional for violating former owners' rights.
Unfortunately, the Court ruled that the law is constitutional.

Under the law, if a claim was filed for the property before the 1988 deadline, all remaining entitled former owners or heirs will have six months from the time the law goes into effect to come forward in the administrative proceeding before their claim is terminated. This narrow window will help a limited number of people, and we will be urging the Polish government to make sure that all necessary assistance, including access to information and documentation, is given to those who might qualify.

However, most former owners and heirs will not be eligible. If no claim was filed for the property before the 1988 deadline, it will not be possible to file a claim now.

Remarkably, the situation in Warsaw was unique in Poland, but not for its difficulty. To the contrary, survivors in the rest of Poland did not even have the opportunity to file any claim for their properties taken from them in the Holocaust or its aftermath.

Twenty-five years after the fall of Communism, Poland continues to stand alone in its failure to enact a comprehensive program to return, or provide compensation for, private property taken by the Nazis and subsequently by the Communists.

At its heart this is an issue about history. Addressing the wrongful property seizures, and the continuing use of this property, is crucial for a healthy Polish democracy.

This is a Polish issue, not just a Jewish one.

While the Nazis confiscated Jewish property, homes were taken by the post-war Communist authorities from Christians and Jews alike. Indeed, if legislation were to address the nationalization by the Communists as well as property taken during the Holocaust, most of the claimants would be non-Jews.

Since the fall of communism, legislation to correct this historical wrong has been introduced several times in the Sejm. Unfortunately, a restitution and compensation process that is fair, comprehensive, expeditious and accessible has never been instituted.

Meanwhile, an international consensus has emerged on this issue. More than 40 countries, including Poland and other former Soviet bloc countries, endorsed the 2009 Terezin Declaration on Holocaust Era Assets and Related Issues, which affirms “the importance of restituting communal and individual immovable property that belonged to the victims of the Holocaust (Shoah) and other victims of Nazi persecution.”

While a small number of claimants have succeeded in court where they could prove that there was a technical defect in the original confiscation, most have no legal basis to pursue this path or cannot afford the time and expense of a long legal fight for their property.

Modern economies and democratic societies respect the right to private property. As Article 1 of the Protocol to the Convention for the Protection of Human Rights and Fundamental Freedoms states: “Every natural or legal person is entitled to the peaceful enjoyment of his possessions.”

Returning or providing compensation for confiscated property would be a powerful sign that Poland not only respects the right to hold private property, but that it is building a society and an economy based on justice, fairness and recognition of history.

The Constitutional Tribunal's decision this week should serve as the catalyst for Poland to finally establish a comprehensive program to address confiscated property.

As Polish President Andrzej Duda said at KL Auschwitz-Birkenau on International Holocaust Remembrance Day on January 27, 2015: “Only if history is founded on truth, it teaches us and contributes to security and good coexistence among nations. Preaching this truth is a great responsibility resting on the shoulders of the Polish people since it was on those lands where their state used to exist that extermination camps were later created. They are also the ones who were incarcerated in such camps and know the truth about the Holocaust, about this horrifying massacre unprecedented in mankind’s history.”

Gideon Taylor is chair of operations of the World Jewish Restitution Organization.