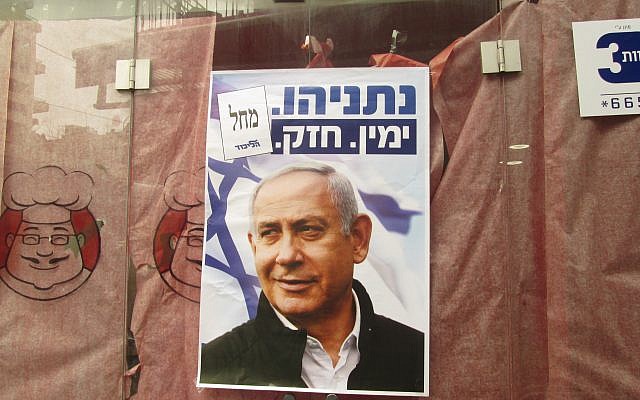 This election poster for Benjamin Netanyahu hails his virtues as "right wing" and strong. Michele Chabin/JW

Jerusalem — Merav Amar, a saleswoman in a bohemian-style women’s clothing boutique in downtown Jerusalem, probably won’t be voting in Israel’s election on April 9.

Like many Israelis, she believes the election “won’t change anything.”

If Amar, 19, does decide at the last minute to cast her ballot, “it will only be for Netanyahu,” she said, referring to embattled Prime Minister Benjamin Netanyahu, who is facing perhaps the toughest fight of his political career against the centrist Blue and White party’s Benny Gantz.

“He’s very security-conscious. Most Israelis have no idea how much worse things could be were it not for the actions of our security forces,” said Amar, who volunteers with the Israel Police.

“Sure, things can always be improved but no one running for office would do it better than Bibi.”

That’s one reason Amar is pleased that Netanyahu has such a close relationship with President Trump.

“As much as Israel dislikes being dependent on others, it can’t stand completely on its own,” she insisted. “Trump is concerned about Israel’s security.”

As in Israel’s previous elections, security continues to be a priority for the Israeli public.

Although the country hasn’t experienced a lengthy military operation since the 2014 war with Hamas in Gaza, the three rockets that Gaza militants launched into Greater Tel Aviv during the past two weeks reminded Israelis far from the country’s borders that they, too, are vulnerable. 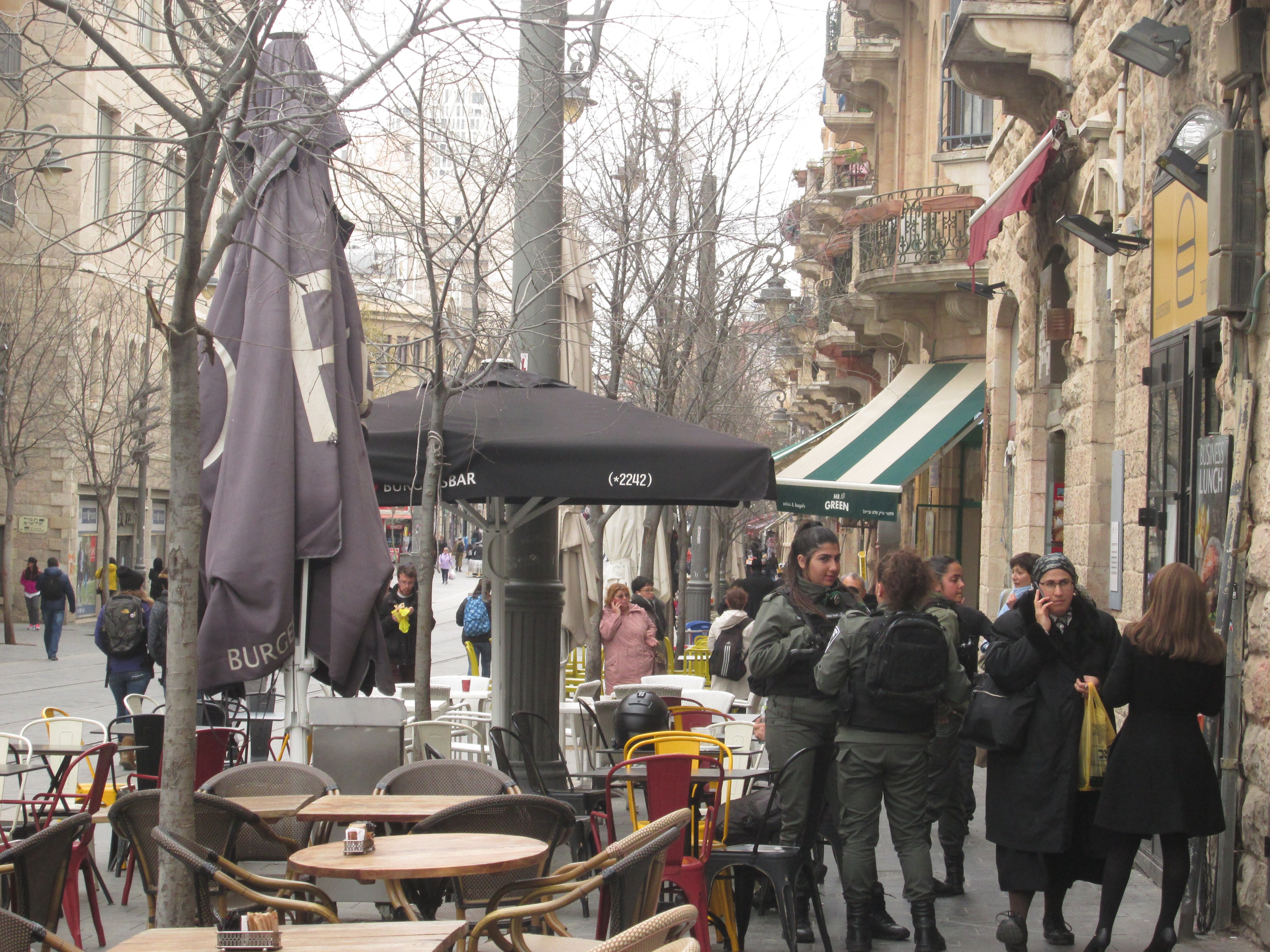 Security is a top issue in this election. In Jerusalem, police women patrol Jaffa Road, a main thoroughfare. Michele Chabin/JW

On Monday, as Israel retaliated for the latest rocket — which destroyed a home north of Tel Aviv, injuring seven people, including three children — and Hamas responded with dozens of mortars and rockets near the Gaza border, dozens of municipalities around the country ordered public bomb shelters to be opened.

The fact that residents in Netanya and Haifa didn’t need to use their shelters did little to quell their fears.

“Security is always a dominant issue because Israel is a genuinely threatened state,” said Yohanan Plesner, president of the Israel Democracy Institute. “When Israelis elect their prime ministers the No. 1 parameter is whether they are competent to deal with the security environment, with Hamas in the south, Lebanon to the north, Syria and the West Bank.”

But the question of which candidate is more competent from a security perspective is less of an issue in this election, Plesner said, because Blue and White, Likud’s chief rival, is headed by three pragmatic former IDF chiefs of staff.

“There is no real ideological difference in the way the candidates approach Iran, Syria and Hezbollah in Lebanon,” Plesner said.

Where Gantz and Netanyahu differ, he continued, is on the issue of West Bank settlement blocs.

Netanyahu has told his right-wing constituents that he will not uproot any major settlements and does not support an independent Palestinian state. Gantz has committed to preserving the large settlement blocs but not individual settlements or unauthorized outposts.

“This is more of a policy issue, and isn’t a security issue per se,” Plesner said. 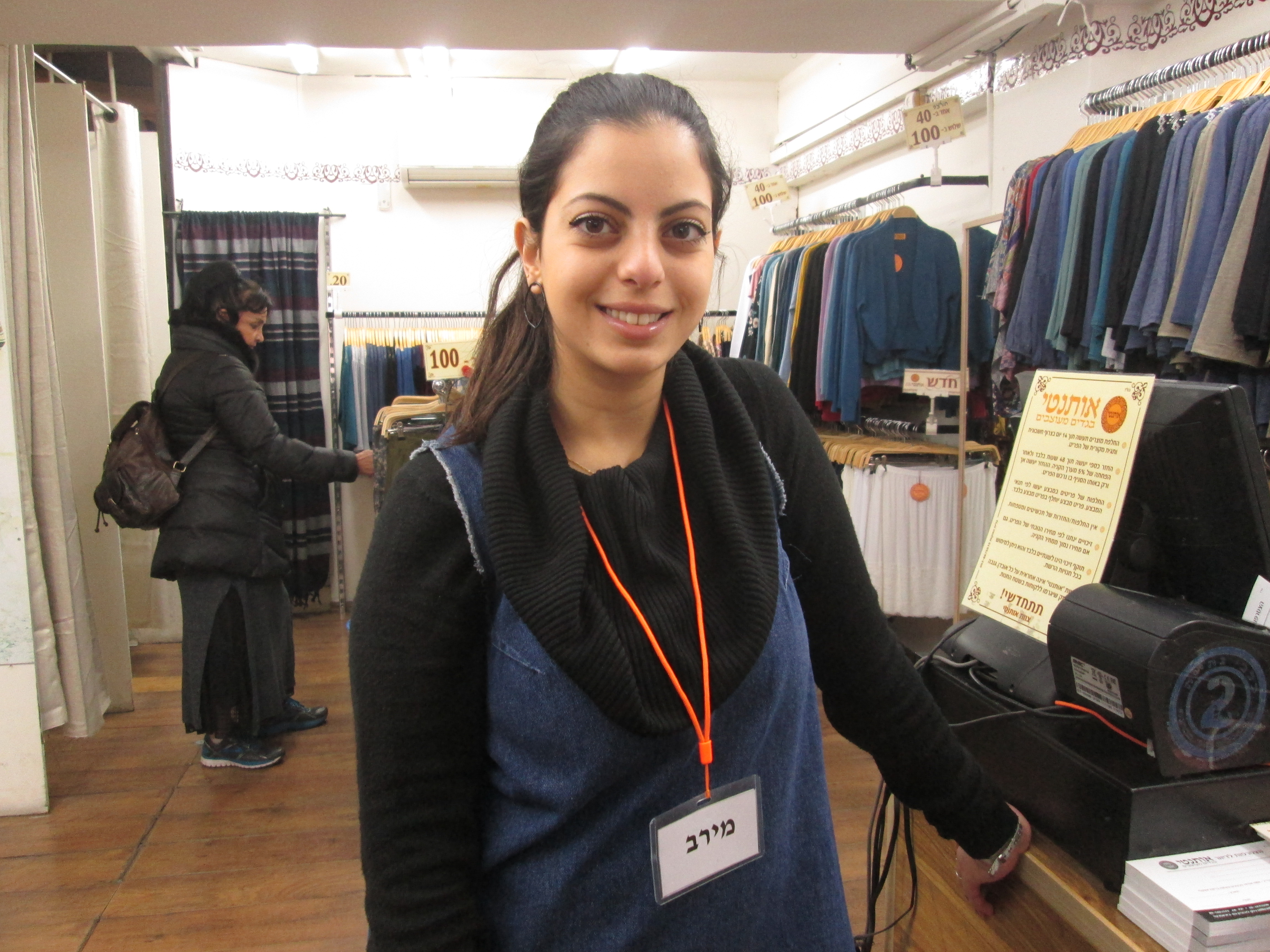 Merav Amar, a saleswoman in a bohemian-style women’s clothing store in downtown Jerusalem, probably won’t be voting in Israel’s election on April 9. If she does, “it will only be for Netanyahu,” she said. Michele Chabin/JW

If Netanyahu has a security-related Achilles heel, it’s his record on Gaza, where he is often criticized from his right flank.

“His policy has been to preserve the status quo, and it doesn’t seem to work,” Plesner said, if rockets fired at central Israel and hundreds more along the Gaza border are any indication.

While military actions that occur close to an election have historically favored incumbent right-wing candidates, “Netanyahu isn’t producing calm, and he’s both the prime minister and the defense minister,” Plesner noted.

Contrary to allegations by some left-wingers that Netanyahu was savoring Hamas’ rockets into central Israel, Anschel Pfeffer, author of “Bibi: The Turbulent Life and Times of Benjamin Netanyahu,” tweeted, “It’s the furthest thing from what he wants. Bibi is totally aware [that] once he cries havoc in Gaza, the dogs can’t be leashed again so easily. War on April 9 won’t bring him voters.”

On Tuesday, as Israeli tanks congregated near the Gaza border, and the tentative cease-fire brokered by Egypt collapsed amid another wave of Hamas rockets, several Jerusalem residents said they will vote for Netanyahu no matter what.

“I’ll vote for whomever my rabbis tell me to vote for, and I know they support Netanyahu,” said Leah, a charedi woman who was shopping at a jewelry store who preferred not to use her last name.

Not that Leah is pleased with the divisions in Israeli society.

“This country is falling apart,” she said. “I was just in Switzerland, where Jews from all levels of observance and political points of view band together in unity because they know they need each other. We need this in Israel more than ever.” 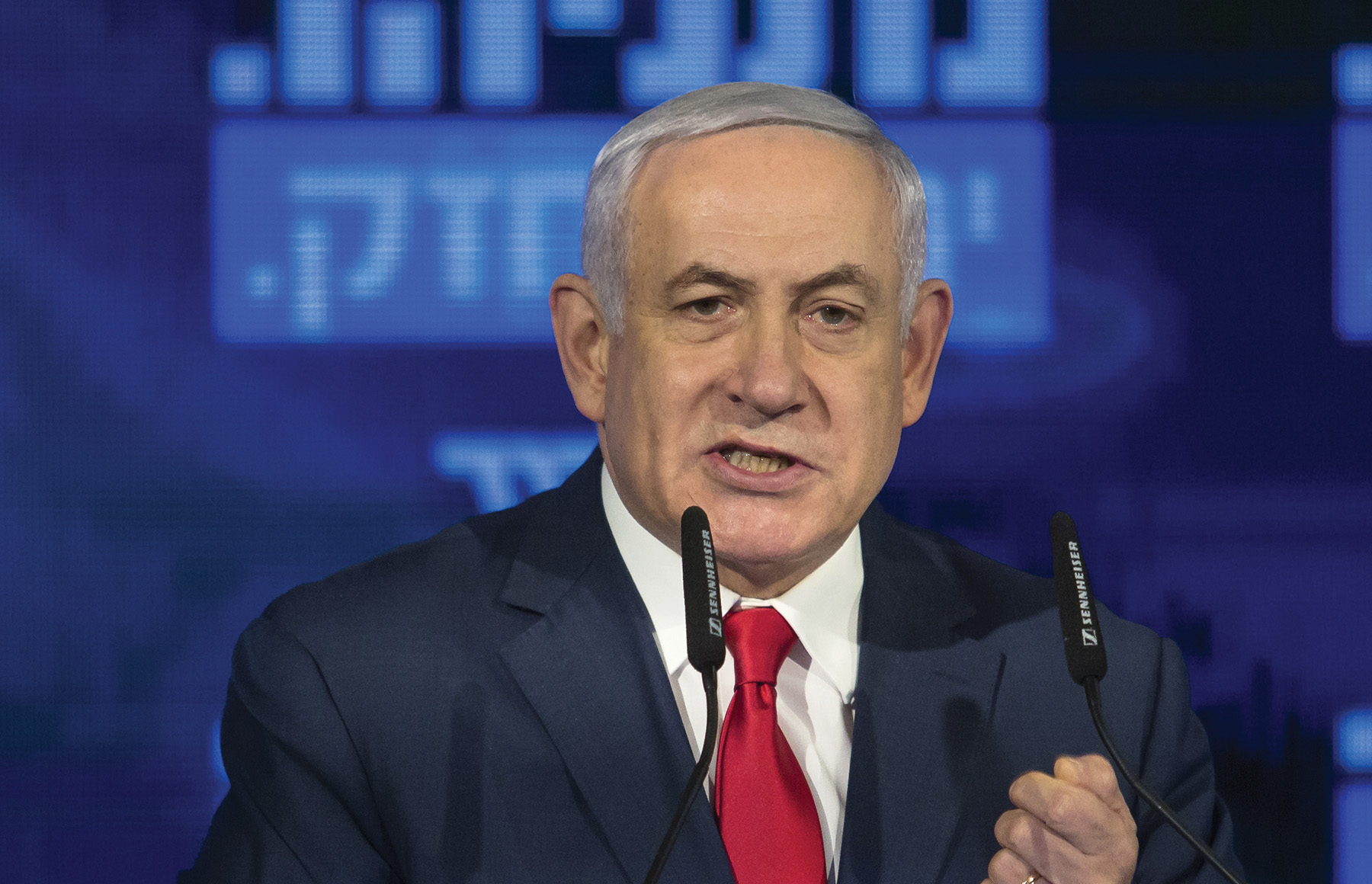 If Prime Minister Netanyahu has a security Achilles heel, it’s his record on Gaza. “His isn’t producing calm,” says an analyst, “and he’s both the prime minister and the defense minister.” Getty Images

Isaac Mizrahi (not the clothing designer) is a relatively new immigrant from California who has spent much of his life shuttling between Jerusalem and Los Angeles, where he still owns a business.

“Why will I be voting for Bibi? Because I hear and see nothing but great things about Israel’s security and its economy. There is prosperity here. I see all the new cars on the road, and all of the Israelis traveling abroad via the airport. I see how booked the hotels are when I book a vacation,” he said.

Asked about Netanyahu’s inability to stop Hamas from firing rockets into Israel, Mizrahi replied, “Can anybody?”

Mizrahi said the left-leaning government of Yitzchak Rabin signed the Oslo Peace Accord, “and all Israel received was a slew of bus and café bombings.”

Seated in a hookah bar off Jaffa Road, Ariel Koren asserted that Netanyahu is the best man for the job of prime minister.

“Bibi’s been leading the country for 10 years and he does it well. It’s easy for [Blue and White leader] Gantz to promise a different way to ensure security, but it’s another thing to deliver once you’re in office. I’m convinced Gantz won’t do anything differently if he wins the election.”

Koren is also unperturbed by the indictments against Netanyahu.

“As long as he leads the country I don’t care where he gets his cigars or his champagne,” Koren said.

Sarah Cohen won’t be voting for Netanyahu, but she’s not crazy about Gantz either.

“I was raised left wing. It’s in my DNA,” the secretary said as she was ordering ice cream. “But voting for a left-wing party won’t topple Likud. And Blue and White’s policies aren’t that different from Likud’s when you’re talking about security.

“I might just stay in bed on Election Day,” she said.