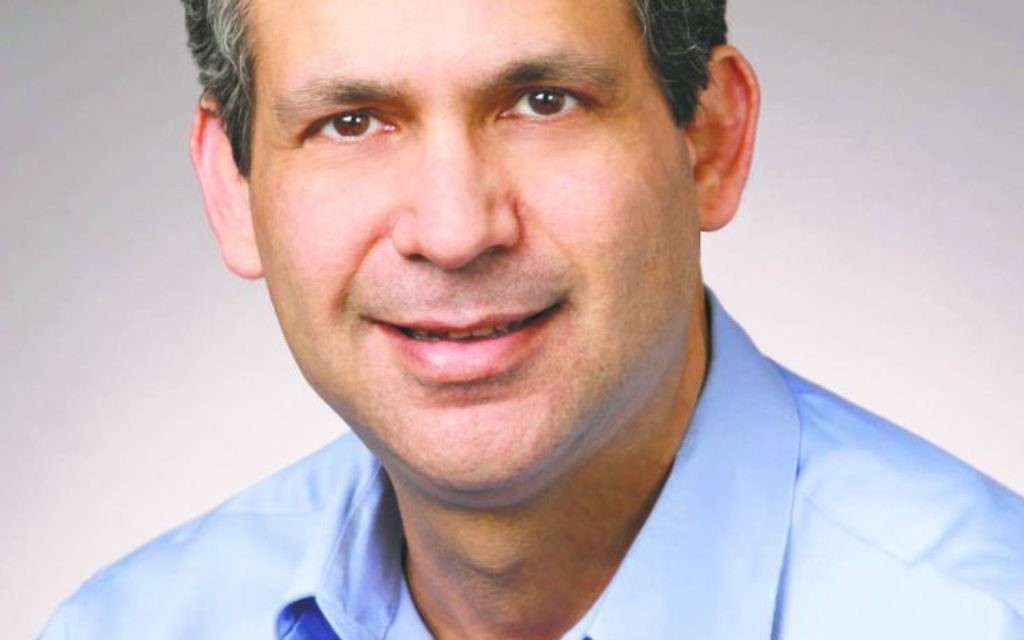 The announcement this week that Wayne Firestone is stepping down as president and CEO of Hillel: The Foundation for Jewish Campus Life next spring has set off a flurry of speculation as to why the 48-year-old professional would leave the top post he has held since 2006.
There appears to be no dramatic single answer, but based on conversations with a number of insiders at, or familiar with, the international organization (most of whom insisted on anonymity), it seems that the move was somewhere between voluntary and encouraged. And it underscored the strains and pressures involved in moving Hillel forward with a steep budget deficit, which has persisted for five straight years. The shakeup also comes at a time when about half of those who identify as Jewish on college campuses have a parent not born Jewish, and when many students are uninterested in engaging in Jewish life.

Given that reality, Firestone is widely credited for holding the line and instituting several major initiatives, including a new five-year program he advocated that involves paying students who are little involved in Jewish life on campus to reach out and engage other students with little involvement in Jewish life.

Some campus directors opposed the idea of paying students to attract other students, but advocates said the plan fits the times with a strategy that emphasizes personal relationship-building rather than in-house programming.

The costly program has more than 1,200 peer outreach interns operating on more than 100 campuses.

A chief source of the project’s funding is the Jim Joseph Foundation, which helped Hillel hire The Monitor Group, a prominent management consultant firm brought in for advice on implementing strategic plans, increasing fundraising and improving management efficiency.

Several sources say that in the course of their work the consultants determined that Hillel was capable of expanding its funding and improving its management and profile.

“It’s a sign of the times,” one campus Hillel director said of Firestone’s leaving. “Everyone is desperately looking for leadership — not just in raising dollars but projecting a strong image.”

The campus director said Firestone was admired by colleagues for his commitment, thoughtfulness and low-key style. But, he said, the president does not have the charisma of his two most recent predecessors, Richard Joel, now president of Yeshiva University, and veteran Israel-based educator Avraham Infeld, and is not seen as an inspiring figure at a difficult economic moment when campus directors are seeking additional motivation and sense of purpose.

“The leadership he projected was more like that of a sociologist,” one director observed, “going with the flow and following trends on campus rather than advocating more content to ensure a strong Jewish future.”

“It’s complicated,” another Hillel director offered, empathizing with the challenges Firestone faced. “We’re dealing with serious financial issues. It takes a lot of money to sustain the big initiatives planned, as well as staff and programming on campus.”

He noted that “things didn’t go well” at a major Hillel conference in St. Louis this summer, with many campus directors upset at the size of cutbacks being discussed to help pay for new national programs.

But Firestone told The Jewish Week his leaving is not based on funding issues.

“While it is true that there is a deficit in these times of economic downturn, my decision to step down is not based upon the deficit or economic downturn,” he said in an e-mail in response to a series of questions.

“I made my announcement because the time is right for me,” he wrote. “The organization has a solid foundation to build upon, and the next phase … will require more capacity across the Hillel network, supported by very strong fundraising to address the demand in the field.”

And Thomas Blumberg, chair of Hillel’s international board of directors, said the organization’s financial health was “not part of the conversation” that led to Firestone’s leaving.

“It was his choice completely,” said Blumberg, who had high praise for the outgoing president. “Wayne has done an exceptional job for Hillel,” he said, asserting that Firestone built up the organization and increased its brand image and number of students reached through a variety of initiatives.

Firestone has served during a time when Hillel’s income dropped, its budget was cut and several national programs and staff positions were eliminated, said insiders, some of whom said his management style was an issue in losing key staffers.

“The next stage for us is capacity building,” said Blumberg, who noted that The Monitor Group report emphasized the need for “management and development.”

He said the report called for more coordination in fundraising and programming between the campus Hillels and the Washington-based headquarters, as well as supporting campus Hillels around the world, all of which is “somewhat tricky,” Blumberg acknowledged.

“We need the local boards and national to work together. The development side needs to be strengthened,” and he noted that Hillel, like all Jewish organizations, is in search of leadership and fundraisers.

“We’re looking for two people,” he said of the upcoming search to replace Firestone. “A top visionary leader” who is a strong fundraiser, and “a top development person.”

“I worry about the next generation” of major funders, Blumberg said, noting that key mega-funders are aging. “Younger people are interested in their own philanthropy. They don’t want to drive their father’s Oldsmobile.”

But he expressed optimism, saying Hillel “has a great story to tell” and plays a vital role in providing leadership for the next generation of Jews.

“We want students to find their Jewishness and engage with Israel,” he said. “Our mission is engagement and Israel education — and now advocacy as well. We want an open tent” in reaching young Jews from a variety of religious and political viewpoints, “and we want to engage them on their own terms.”

But calling for Israel advocacy while recognizing that students have major differences on Israel, left and right, is one of Hillel’s major challenges.

The free 10-day trips to Israel offered by Birthright Israel has become a centerpiece for Hillel, not only encouraging students to go but seeking to keep them engaged after they return.

Some are encouraging Hillel to follow the lead of Boston’s Combined Jewish Philanthropies, which operates a program that has a full-time coordinator on each of a dozen local campuses focusing exclusively on engaging Birthright alumni.

“This is Hillel’s moment,” one observer noted, “a chance to follow up” with everyone coming back from Birthright nationwide.

For now the emphasis is on peer-to-peer engagement on campus. But it’s clear that Firestone’s successor will have any number of programs to consider in seeking to ensure an engaged collegiate community, and charged with making sure the funds are there to pay for them.

Steve Lipman is a staff writer; Gary Rosenblatt is editor and publisher.